The Eritrean government ended its long period of isolation in 2018 when it signed peace accords with Ethiopia and was nominated to join the UN’s Human Rights Council. The government, however, continues to harass and intimidate its critics, even in Europe, Amnesty International reports. In a new briefing, the organization sheds light on how the abuses cause Eritrean migration on the one hand, but are sometimes facilitated by it too.

“For many human rights defenders (HRDs), fleeing Eritrea has not provided them with much respite from the repression they fled and which many people die trying to flee. They have to constantly look over their shoulders and watch every word they say, afraid of the long arm of the Eritrean government which evidently extends across borders,” states Joan Nyanyuki, Amnesty International’s Director for East Africa, the Horn and the Great Lakes.

In a new briefing called "Repression without borders", Amnesty International investigates the "long arm" of the Eritrean government and finds that human rights defenders and government critics are systematically harassed and repressed. Tactics include "death threats, physical assault and spreading of lies [about the person targeted.]"

It is perhaps not surprising that Eritrea’s "long arm" extends across borders. Since 1985, the country has had a negative net migration rate, meaning more people have been leaving the country than emigrating to it.

In the UNHCR’s latest global report based on 2018 figures, Eritrea remained in the top ten refugee-producing countries of origin. In fact, 507,300 refugees left the country in 2018. 57 percent of those refugees are hosted in Ethiopia, 114,500 in Sudan. According to the UN, 174,700 found protection in Europe; the majority in Germany, followed by Switzerland, Sweden, Norway, the Netherlands, Israel and the UK. 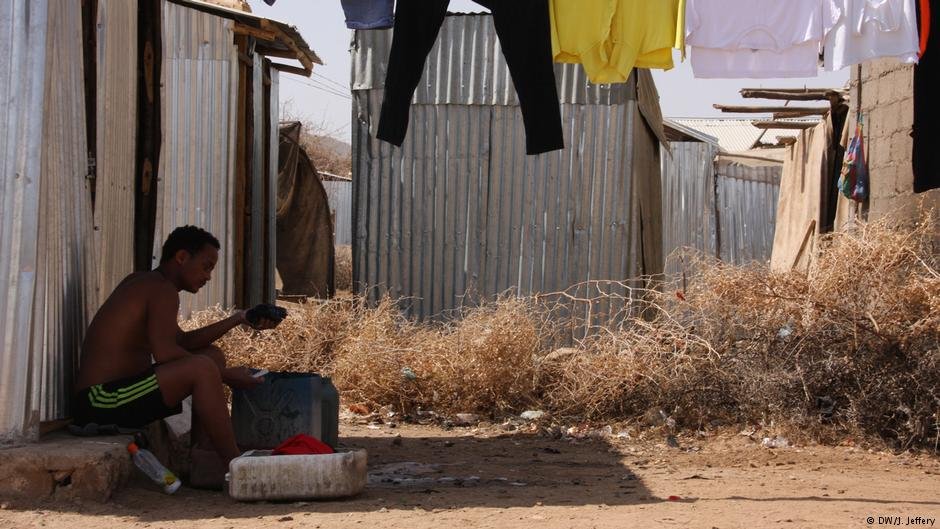 For those who have left, being abroad does not always mean feeling safe. Amnesty International found that those supporters of Eritrea’s ruling party, People's Front for Democracy and Justice (PFDJ), and even government officials are using “all manner of tactics to harass and intimidate critics of President Isaias Afwerki’s government and its human rights violations.” Amnesty International said that Eritreans are particularly at risk in Kenya, the Netherlands, Norway, Sweden, Switzerland and the United Kingdom.

The briefing looks at actions which took place between 2011 and 2019. Through many of these years, Eritrea was extremely isolated, but Amnesty notes a continuation of harassment even after Eritrea was nominated to join the UN’s Human Rights Council in autumn 2018. Eritrea has been a member of the UN since 1993 when it declared its independence from Ethiopia.

Repression has no borders


On the one hand, migration from Eritrea has been caused by the repressive regime. But on the other hand, migration has also, in some cases, given the ruling government a network of supporters abroad who help silence the country's critics.

Not all those who have left Eritrea are opponents of the ruling party, which has been in power since 1993. “There are layers of migrants from Eritrea,” says Fisseha Tekle, one of the researchers at Amnesty International who compiled the latest briefing. “Those who left during the time when the PFDJ was fighting for Eritrean independence [before 1993] supported the PFDJ and they have remained supporters of the PFDJ. They have not personally suffered from the repressions within the country. They see the PFDJ as an icon of freedom.” It is only those who left more recently who suffered repression that don’t tend to support the PFDJ. 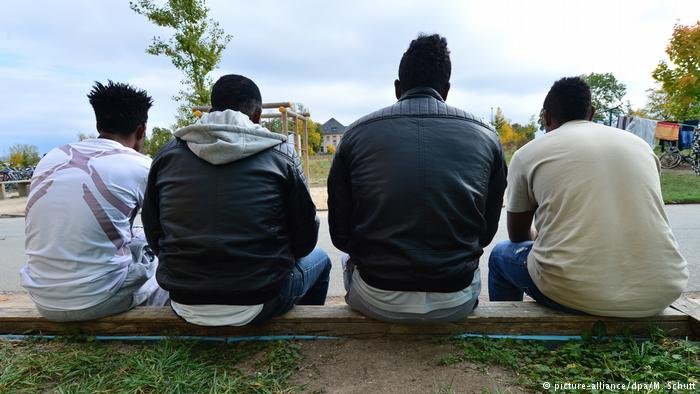 Not only Eritrean nationals are at risk, Amnesty states. Anyone seen to be criticizing the government, or attending conferences proposing a multi-party future for Eritrea can be a target.

One example is Martin Plaut, former BBC Africa Editor and Senior Research fellow at the Institute of Commonwealth Studies in London. Plaut wrote a book about Eritrea in 2016 called "Understanding Eritrea: Inside Africa’s most repressive state", which looks, in part, at what caused so many Eritreans to migrate. The book notes that living in the country amounted to a “future without hope” for many citizens.

In November 2018, Plaut was meant to meet an Eritrean contact at the British Library in London. According to Amnesty, the contact had promised to give Plaut “footage smuggled out of Eritrea.” Once Plaut was waiting at a café outside the British library where he had been asked to sit, the man arrived, and threw a bucket of liquid over him. The events were filmed and appeared on Eritrean TV and across the internet. The man shouted “traitor” at Plaut before haranguing him and filming him until the police were called. The man claims that the liquid in the bucket was a mixture of flour, eggs and milk.

Following the attack, the Eritrean Ambassador to Japan tweeted his approval of the attack, accusing Plaut of having “disguised propaganda as news.”

Pelted with fresh eggs/milk in London. @Martinplaut disguised propaganda as news since PM Meles #Ethiopia declared war on #Eritrea in 2008

Amnesty says that in an email exchange with Plaut, they learned that the “attacker was arrested by the police and prosecuted. He was found guilty of assault and fined and instructed by the court not to be in contact with me except via his lawyer.”

Plaut is not the only person to have suffered this kind of treatment. Daniel Mekonnen, A human rights lawyer based in Switzerland and Director of the Eritrean Law Society (ELS) told Amnesty that he had received repeated tweets and messages appearing to call for him to “face Eritreans” and be “hunted for justice.”

All Eritreans should rise up 2 bring 2 justice the western propped fake lawyer Daniel Mekonnen. He should be hunted for justice in ERITREA!

Referring to being threatened in person outside the UN in Geneva, Mekonnen wrote “I consider the attack as part of a well-established pattern of reprisals by Eritrean government supporters that has been targeted at me for a long period of time. This is the second time in a year that I have been openly and gravely threatened by pro-government individuals.” 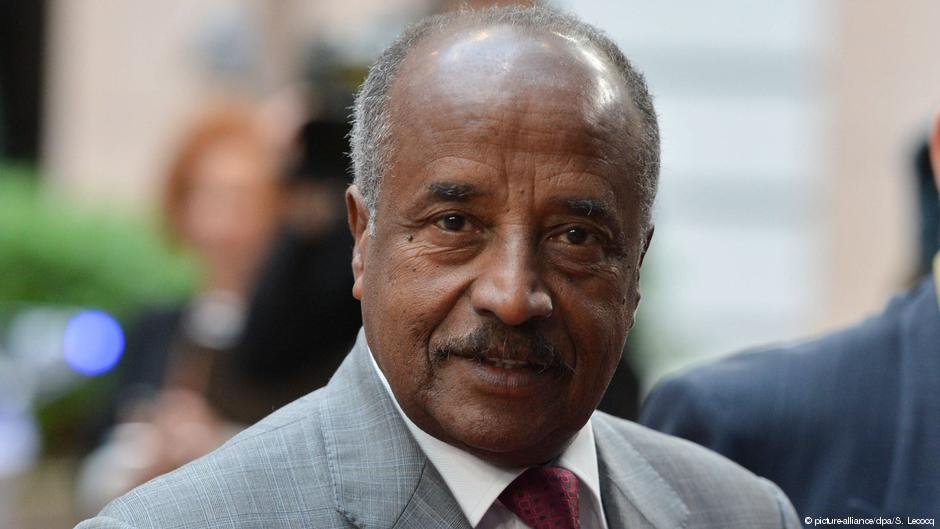 The youth wing as spies

One of the instruments of repression deployed by the Eritrean government is its youth wing, the YPFDJ, which has been accused of acting as spies for the regime in Eritrea. According to Amnesty, at an anniversary conference in Berlin, delegates were incited to “fight the country’s enemies.” In 2016, a Dutch court examined the link between the PFDJ and the YPFDJ and concluded that “members of the YPFDJ are acting as informants for [the embassies of] the regime in Eritrea. The YPFDJ can thus, at this point, be called the extended arm of a dictatorial regime.”

Winta Yemane fell foul of the youth wing of the party after she joined it in 2011 as a young student. Born and raised in Italy, Winta wanted to find out more about her Eritrean roots. She volunteered with the YPFDJ  and in 2011 took part in the annual YPFDJ conference in Norway. On being invited to share her vision for Eritrea, Winta told Amnesty International that she “mentioned human rights, a constitution and independent judiciary as part of my wish list for Eritrea.” Two officials apparently wanted to throw her out of the conference immediately.

After returning to Milan she “noticed unfamiliar people following her on her way home from school.” She remembers: “The stalking continued for more than two weeks until I reported the matter to the police.” And it didn’t stop there. After reporting, she started to receive “phone calls from ‘private’ numbers and character assassination on Facebook. “The most repeated one was that ‘I poison or spike people’s drinks,’ I think that was done to estrange me from the Eritrean community so that I wouldn’t contaminate others with notions of human rights or the constitution.” Winta told Amnesty she is still concerned for her safety.

It's not just supporters of the government but government officials themselves who sometimes carry out verbal attacks. Amnesty highlights an instance when the Eritrean ambassador to the UN made personal attacks on the former UN Special Rapporteur for Eritrea, calling her “a naked Empress with no clothes” and accusing her of carrying out a witch-hunt and acting like a “Viceroy over Eritrea.”

Eritrean officials were also found to be responsible for multiple tweets against the organizers of a conference in London in April 2019. The conference title “Building Democracy in Eritrea.” 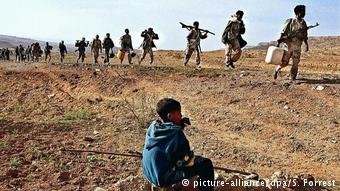 Should Eritrea be part of the Human Rights Council?

Given the Eritrean government’s actions, should they even be on the UN Human Rights council? “It does seem a kind of anomaly that Eritrea is elected to the Human Rights Council,” says Fisseha Tekle .

Amnesty notes that membership of the UNHRC “comes with certain commitments, including the requirement to ‘uphold the highest standards in the promotion and protection of human rights, [and to] fully cooperate with the Council.” They believe that the Eritrean government is falling “far short” of these requirements “both domestically and internationally,” and they want to hold Eritrea more accountable through their membership of the UNHRC.

They call on the government to start investigating allegations of harassment and “facilitate unfettered access to the country to the UN Special Rapporteur on Eritrea.” They also ask the governments of “Kenya, the UK, the Netherlands, Italy, Switzerland and Sweden to provide and ensure effective protection to all Eritrean and non-Eritrean human rights defenders residing and operating in their respective countries.”

When asked for a statement, the UNHRC itself said they don’t comment on individual member states and reports about them.