Misinformation about vaccines 'as dangerous as disease', says UN

Vaccines save millions of lives, and yet misinformation and limited availability have left large numbers of children at risk. In Europe, migrants will continue to be more vulnerable than host populations unless they have access to immunization, experts say.

Over the past three decades, vaccinations have prevented millions of deaths, especially of young children, according to UNICEF. But just as deadly diseases are on the brink of being eradicated, false information about the effects of vaccines is presenting a serious danger to children and their communities.

On Friday, a group of top researchers, health officials and representatives of relief agencies held an extraordinary meeting at UN headquarters in New York try to find urgent solutions to declining vaccination rates.

Vaccinations save up to three million lives a year – or more than five lives every minute, according to UNICEF’s Executive Director, Henrietta Fore. But it wasn't always this way. Before vaccines, millions of children died every year from diseases like diphtheria, measles, polio, tetanus, meningitis and whooping cough. 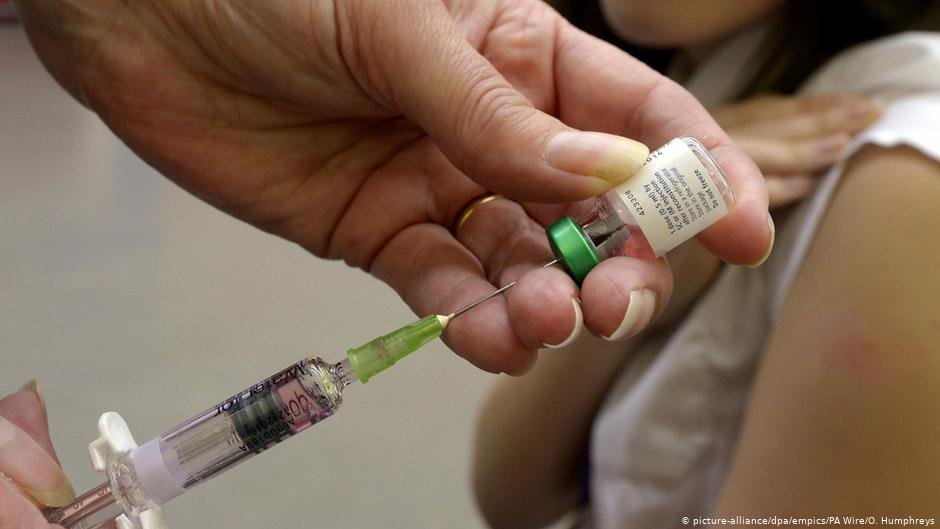 Yet despite clear evidence that vaccines save lives and control disease, there continues to be skepticism about their safety and effectiveness. This is largely because of deliberate misinformation being spread online, the UN agency says.

"Anti-vaccine groups have effectively exploited social media, creating confusion and stoking fears among parents, potentially undermining progress in reaching all children with vaccines," according to a UNICEF statement.

Globally there has been progress in vaccine coverage. The world is closer than ever to eradicating polio, and neonatal tetanus has been eliminated in most countries.

However in some areas, progress seems to have been reversed. The number of measles cases has again started to rise, with Brazil, Madagascar, the Philippines and Ukraine all experiencing outbreaks in the past two years. In April, the heads of the World Health Organization and UNICEF declared a "global measles crisis."

The UN estimates that each year, 20 million infants are missing out on the benefits of vaccination putting them at risk of disease and their communities at risk of further outbreaks.

In many countries like Germany, Britain and the United States, many parents are delaying or refusing to vaccinate their children because of misinformation and mistrust, Fore says. With the spread of information via digital media, it has become harder for parents to know which sources to believe when it comes to the benefits and effects of vaccines.

But misinformation about vaccines is not confined to high- and middle-income countries. The example Fore gives comes from Pakistan, one of three countries where polio still exists. During a recent polio vaccination campaign in Peshawar, a fake video produced by the anti-vaccine movement went viral on social media.

The video showed children allegedly suffering side effects from the polio vaccine. As a result of the fake reports, nearly a million children did not get the vaccines they needed, according to Fore.

Misinformation is not the sole reason for concern about poor vaccination rates and the spread of disease. Among some groups, inadequate immunization services and the cost of vaccines are to blame.

"Think of a child in a conflict zone, where health services have been destroyed," Fore says. "Think of a refugee child. Perhaps there are no available immunizations within reach of where they are."

Guidelines from the WHO, UNHCR and UNICEF say that refugees and asylum seekers should have non-discriminatory, equitable access to vaccination irrespective of their legal status. But health researchers have pointed to the fact that many countries in Europe do not have policies in place on immunization of migrants, and that nearly a third of countries in Europe charge undocumented migrants for vaccinations.

•••• ➤ UNICEF’s website has information for parents about vaccines, including a list of common vaccines and preventable diseases: https://www.unicef.org/immunization/parents-frequently-asked-questions-vaccines

•••• ➤ Also read: When being a migrant can be bad for your health