UNHCR: Mediterranean crossings more dangerous than ever before

The UN refugee agency highlighted that one out of every 45 migrants trying to cross the Mediterranean thus far this year has perished, marking a steep rise compared to numbers from recent years. Since 2015, dying at sea has become six times more likely, with only one out of every 269 refugees attempting the perilous crossing drowning in 2015.

The numbers were presented in a newspaper interview with Dominik Bartsch, UNHCR representative to Germany, which was published in Germany's regional Rheinische Post daily newspaper. 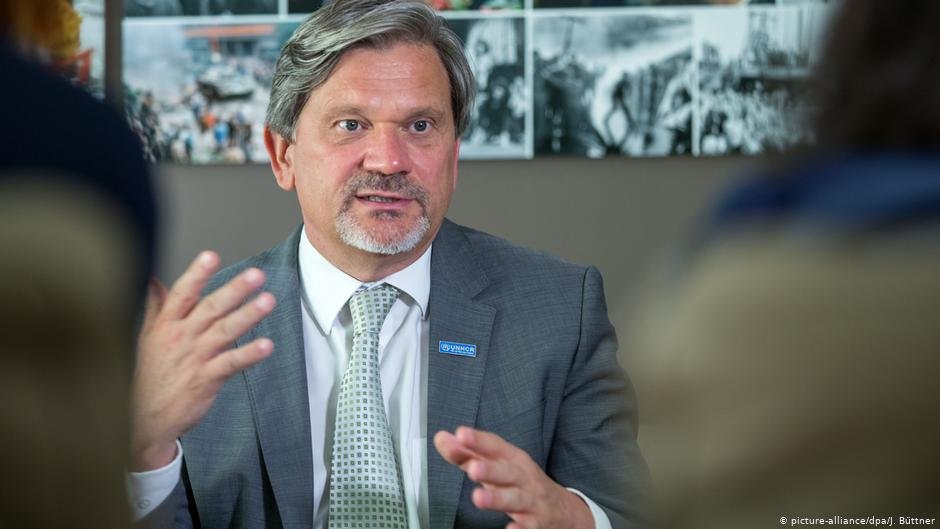 Bartsch implied that Italy's increasing hard-line stance toward refugees and migrants was compounding the problem of sea drownings, saying the country needed to remind itself of its "humanitarian tradition." Italy's populist interior minister Matteo Salvini continues to keep his country's ports closed to private search-and-rescue vessels operating in Mediterranean waters, while also filing criminal charges against captains of boats carrying rescued migrants if they decide to enter Italian waters and ports in defiance of his orders.

Since 2015, almost 15,000 people have lost their lives in Mediterranean waters while travelling on unseaworthy vessels in hopes of reaching the EU. The vast majority of them have been smuggled by human traffickers, who in some cases charge thousands of euros to try to take migrants to the European mainland. Many suffer grave human rights abuses, especially in Libya, prior to embarking on their sea journeys - with no guarantees of ever making it across to Europe.