Ernest Zhanaev is from Kyrgyzstan. He has a long career behind him, first as a banker, then as a human rights defender. Now he wants to make it as a journalist in the UK where he holds refugee status.

“Things were very difficult [in Kyrgyzstan] from many points of view,” says Ernest Zhanaev in a considered way. He laughs drily, before delivering the punchline: “certainly I had to flee.” Later he talks about how he doesn’t have many friends from the Kyrgyz community in the UK and that “given my position it wouldn’t be prudent to continue my relationship with them.” Many of his real friends and former colleagues have been put into prison in Kyrgyzstan he says. “Some were attacked in broad daylight. […] The political climate is still turbulent.”

Zhanaev weighs his words carefully, and most of what he says is about seeing the positive in a situation, or perhaps underplaying the drama of a difficult situation. His quick dry humor flashes through often, seemingly seeking to challenge any "lazy" assumptions someone might have about refugees and migrants.

‘Stuck in the UK’

Zhanaev pronounces his name as it would be pronounced in the UK, with crisp English pronunciation and only the slightest hint of an accent. He says that the name is very popular in Kyrgyzstan, where he comes from and is not English, as many Britons might assume, but “rather Saxon, I would say,” he adds with a laugh. Humor comes out again when he describes how he ended up “getting stuck” in the UK and “accidentally being offered a scholarship to study.” As he tells it, he was meant to continue on to Africa to work for an “international mission;” having previously worked for another international organization in his own country. His visa failed to come through and, unable to return home, he ended up taking up the scholarship and studying in 2015. He finished his course first and then applied for asylum and received refugee status. “My wife joined me later.”

A determination to write

“Writing is my inspiration,” explains Zhanaev. He wants to express his thoughts and experiences but also “my vision how things could be done better for the community.” That ties into his last degree, adds Zhanaev “which was about conflict resolution and peace building.” He sees it as his “mission” to explain the problems that many migrants and asylum seekers face. “Not just the mundane problems related to housing, food or clothing, but also [looking at] the idea of integration.” 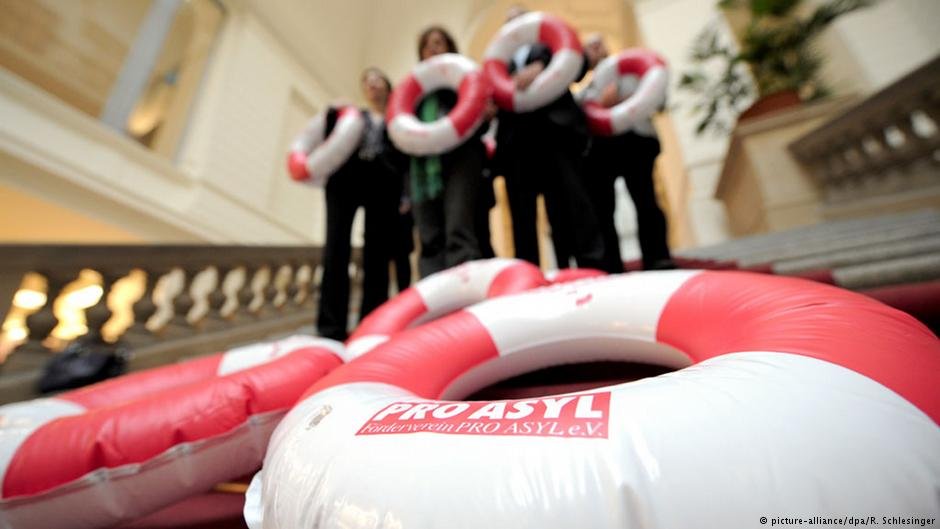 As an expert in human rights and a former banker with several degrees, Zhanaev has a lot of experience behind him, but he’s still finding it difficult to get a job in the UK. That has been compounded by the fact that the authorities could only offer him accommodation in Leicester, not London. But Zhanaev doesn’t want to be seen as a victim. “It is completely understandable, […] we watch the news too” he says. “It was be homeless or find a roof. We needed a roof over our heads and so we went to Leicester.” That move has meant that the kinds of international organizations which would best suit Zhanaev’s experience are sometimes out of his reach. “Sometimes they don’t offer to pay enough to make commuting from Leicester worthwhile,” he explains.

Zhanaev has looked for local jobs in Leicester too but is often told that he needs “more British experience” or that he wouldn’t be catering for the right target audience. Here too, Zhanaev remains positive. He explains that there are lots of different outlets in the media landscape in Britain and they all cater for different audiences. He feels sure that he will be able to find a place in some of them. “Being self-employed was the only way I could make sure I could work,” he says, again turning a negative into a positive. 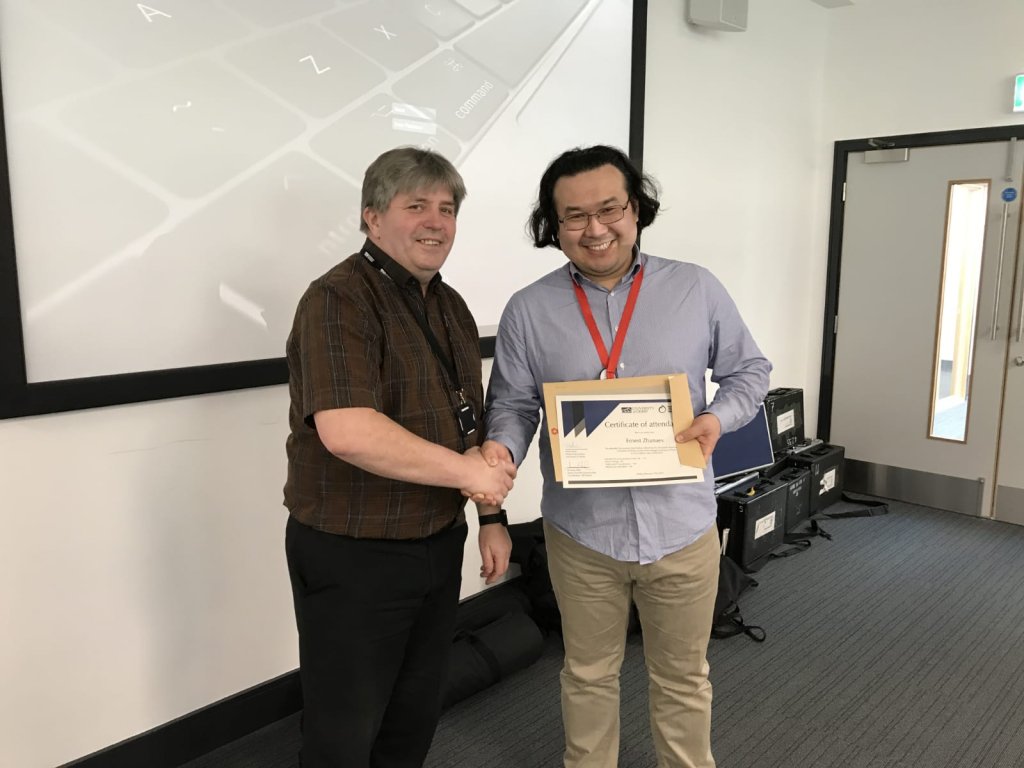 “As a human rights activist, I think that it is common for every human being to have the same human values,” says Zhanaev on the subject of integration. “Human values are common to every human being on earth,” he thinks. He calls himself “vaccinated” in terms of his own integration process into the UK because, between 2009 and 2010, he studied political economy at University College, London. “Then I was called back to my home country by my fellow human rights defenders,” he adds. A few years later, when he found himself seeking asylum he felt he already knew his way around British culture. “London is a representative of the world in one city,” he adds.

“The rest of England differs a little from London,” he laughs quietly. But “when I came back to the UK, I didn’t find it unfamiliar in London,” he chuckles. “The so-called British values, I found to be totally common human values,” states Zhanaev. That means “we can integrate easily into this country,” says Zhanaev. “People first need to know you when you are an outsider. After three years people started saying 'hello' to me and 'thank you' which is quite an achievement,” chuckles Zhanaev drily.

As an editor and gatekeeper, most of those refugee “stories” would have been consigned to the opinion columns. The vitriol and inaccurate reports were nothing but lies and propaganda packaged as news. Read more from @mmtouray https://t.co/PaLzLJPTwU #journorequest #RefugeeWeek

Having a job and something to do is important to becoming integrated and feeling a sense of worth, Zhanaev says. In spite of not being able to find a job outside London, he has kept himself busy since he arrived in the UK. He also volunteers with the British Red Cross as a refugee support volunteer and offers his experience in human rights to organizations like Freedom House, an independent democracy watchdog.

“I don’t like not being liked, if I can put it like that,” answers Zhanaev in response to the question of how he feels being a refugee. He thinks that following the Brexit referendum different groups are being targeted and he worries that refugees and migrants might be next. He makes the point that for him, if Europeans who have been there for ages are being attacked, then it follows that refugees will be next. 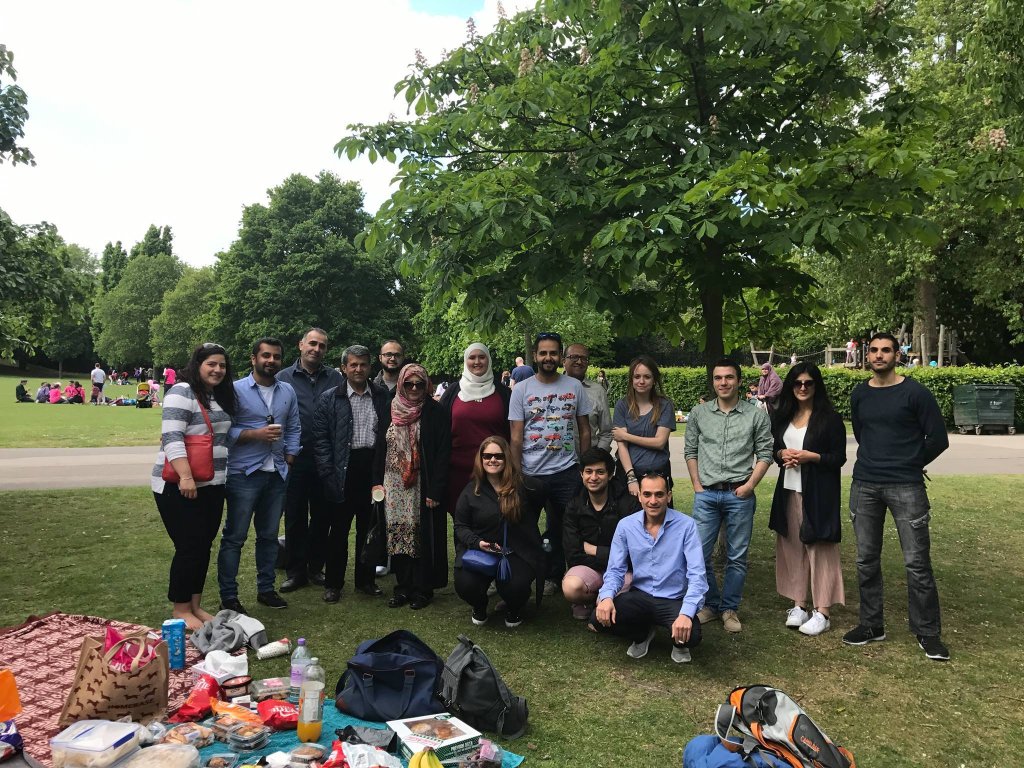 Today, Zhanaev quietly says that he and his wife are happy “because our daughter was born in the UK,” and they are looking forward to bringing her up in the country. She’s growing up speaking Russian and English, he says, although between them, he and his wife speak several more languages, including conversational Japanese and Chinese.

Zhanaev looks towards the future positively, remaining determined. “I think I would be able to write about a lot of interesting things, just observing life. We have an interesting group around us, parents from Poland and Somalia and there is lots still to be uncovered and revealed.”

His last anecdote suggests he will go far. “About a year and a half ago, I spoke to someone about my wish to write in the UK and it was deemed a laughable matter, because I needed to do something to ‘put bread on the table,’ and I shouldn’t ‘think of something on such a stratospheric level.” Nevertheless, Zhanaev thinks that there is a space for “outsiders” like him to report on the new Britons who are making their home there in so many different ways. “I’m not writing for The Times or The Economist,” he demurs, “But the Financial Times, when I have some information about trends and developments in Central Asia then I think I could do it. […] Globalization is unstoppable, it is already online, there are very few boundaries which remain these days.”

Ernest Zhanaev is one of the current cohort of refugee journalists working on the Refugee Journalism Project in London based at the London College of Communication, LCC, part of the University of the Arts, London. This article is one of an occasional series profiling refugee and exiled journalists.