The UN Security Council did not issue a statement condemning the bombing in Libya after the US reportedly did not endorse it. Washington earlier criticized the attack as 'abhorrent', but did not call for a ceasefire.

The UN Security Council held a closed emergency session on Wednesday to draft a response to the killing of at least 44 people in an air strike on a migrant and refugee detention center.

Peruvian Ambassador Gustavo Meza-Cuadra, who is currently president of the council, said a statement was due but there was still no agreement on the text.

"We will have a press statement, but we are still discussing it," Meza-Cuadra said.

The air strike hit the Tajoura detention center in the suburbs of Tripoli on Wednesday. Libya's Tripoli-based government, which is backed by the UN, has blamed the attack on rival Libyan National Army forces loyal to rogue general Khalifa Hiftar. 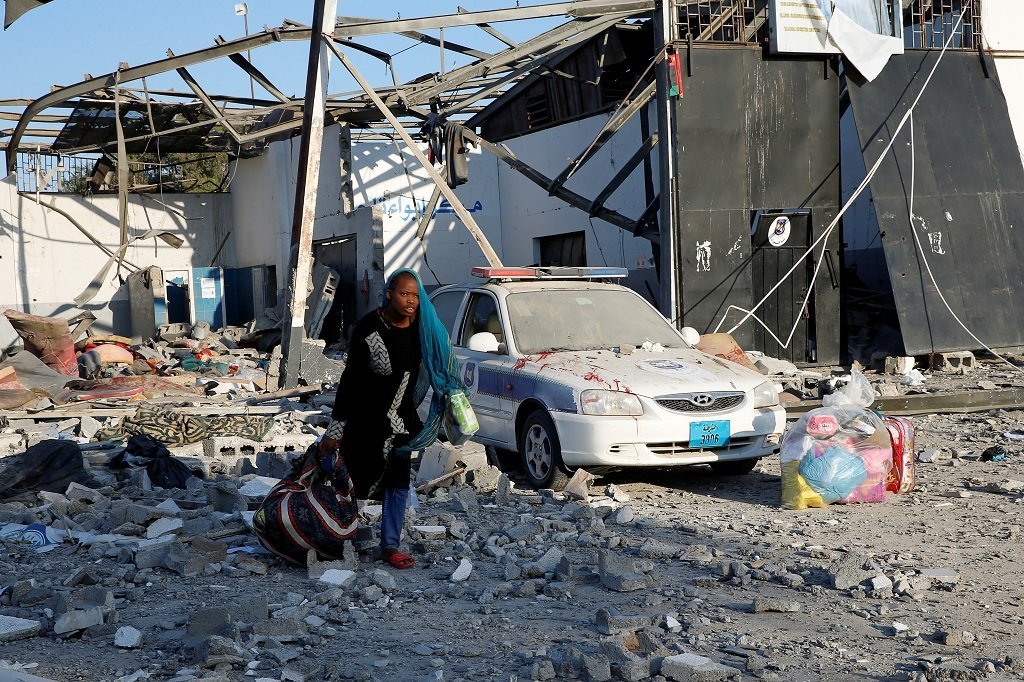 During a two-hour closed-door meeting of the Security Council, Britain circulated a statement that condemned the air strike and called for a ceasefire.

According to diplomatic sources, the US prevented the 15-member Security Council from issuing a statement although it was unclear why.

A US State Department statement released in Washington earlier had condemned the "abhorrent" air strike, but did not call for a truce.

The United Nations and the European Union have both urged an investigation into the attack.

Hiftar's forces said they were targeting a nearby military site, rather than the detention center. Other countries suspected of alignment with his command include Russia, as well as US allies Egypt and the United Arab Emirates.

As night fell, the International Organization for Migration said an estimated 250 migrants remained at Tajoura.

Charlie Yaxley, a spokesman for the UNHCR refugee agency, said the detention center's proximity to the military depot "made it a target for the airstrikes."

"Coordinates of this detention center were well-known to both sides of the conflict," Yaxley said, adding that the UNHCR was sending medical teams to the site.