Germany's third-largest party, Alternative for Germany, seems set to become 'number one in the east' following state elections in the next few months. The party members are known for making controversial remarks, but what are the AfD's actual policies on migration and refugees?

With nearly 13 percent of seats in Germany's Parliament, the Alternative für Deutschland (AfD) is the country's biggest opposition party. It is also a significant force in the European Parliament, having increased its share of the vote in recent elections to eleven sitting members.

In the next few months, the AfD looks set to become an even greater force in Germany, with polls predicting strong results in elections in three eastern states, Brandenburg, Saxony and Thuringia.

If the AfD does become "number one in the east", as the party's deputy parliamentary leader Beatrix von Storch predicts, the main coalition parties may be forced to take more notice of what its members have to say -- including its policies on migration and asylum. 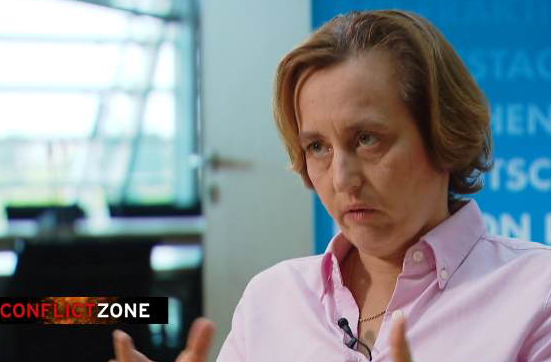 The appeal of an anti-immigration party

The AfD's main objective is to stop immigration. It is firmly opposed to Chancellor Angela Merkel’s policy on migrants and refugees, which has seen more than 1.5 million people arriving to seek asylum in Germany since 2015.

The party wants to change the law in Germany to get rid of the right to an individual hearing in asylum cases. It also says foreigners should be deported immediately if their asylum application is rejected, regardless of whether the countries to which they are sent back are safe or not.

The AfD wants to close the EU's borders and set up holding camps abroad to prevent migrants from leaving for Germany in the first place. Co-leader Alice Weidel has said the party wants to achieve "negative immigration" to Germany.

The AfD in its own words...

In a campaign video posted ahead of the European Parliament elections in May, the party outlines its convictions and demands, saying:

Getting the message out to migrants that they will not be allowed into Germany (although this is not currently the case) is also important, according to von Storch. In a recent interview with DW she said: “We want the people in the world to know that it makes no sense to move over to Germany because they are not able to come in. I think this is what saves lives.” 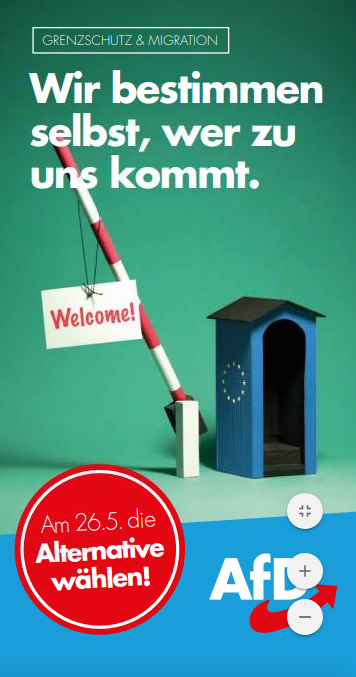 Von Storch has also recently suggested that Italy's interior minister, Matteo Salvini, whose law on immigration and security has been criticized by the UN refugee agency and the human rights commissioner, should receive the Nobel Peace Prize. "With a successful policy of stability for Europe and by saving thousands of lives he set an example which others ought to follow," she said.

By the year 2050, the AfD says, the population of Africa will have increased by 800 million, which means we can expect hundreds of millions of people who want to migrate to Europe. In May, the party posted on Facebook: “1.4 million are waiting for their ticket to Germany and we should pay for them?”

Von Storch did not comment on the figure of 1.4 million, but said: “What we know is that there are a lot more people in Africa willing to go to the north, which of course makes sense because they are proposed a better life here. The point we make is that we can’t take any more people in because we have taken too many already.” 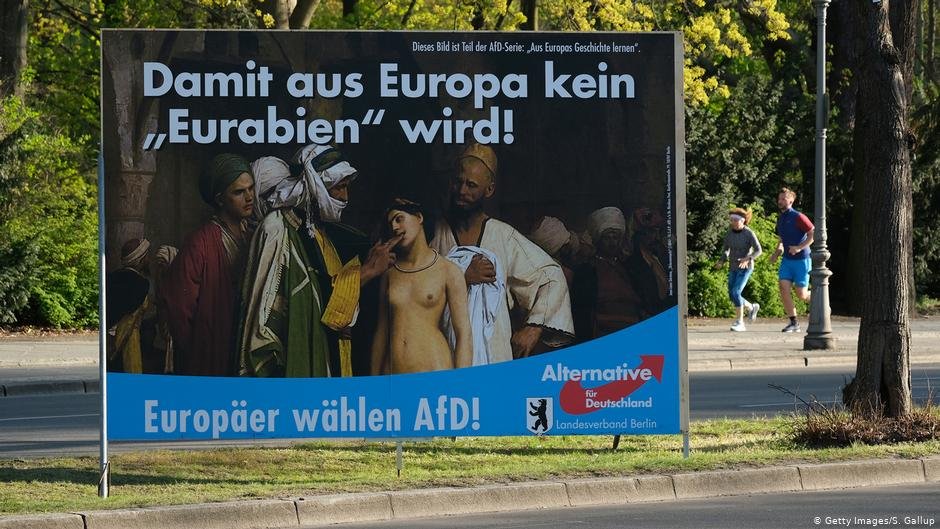 The AfD's main argument for closing the borders to more migrants is more often linked to a perceived threat to national identity than to a financial burden, however. In an EU Parliament election campaign brochure, the party says Europe's policy on immigration "is a danger to European civilization."

The printed party material for the EU vote does not link this threat specifically to Islam, but AfD members -- in public statements and social media -- regularly point to Muslim migration as the cause of "marginalization of the indigenous population."

Von Storch says the party is not against Muslims themselves. “We accept Muslims. There are lots of Muslims who are well-integrated into our society," she says. "But we don’t want Germany to be a Muslim country. We do not want to accept that Islam is starting to have an impact on our social life, on our public life.” She adds that the country has seen "rising numbers of criminal rates within those (Muslim migrant) groups.”

The AfD argues that the asylum system and the Refugee Convention of 1951 were never intended to regulate mass immigration, and they promote abuse of the system. The right of asylum, according to the party's campaign material, must be adapted to according to the new reality of global migration waves. National sovereignty should take precedence, meaning that the German Parliament must be able to decide "on a voluntary basis" whom it will accept. Lawbreakers and terrorists have no claim to asylum, the party says.

As long as it continues to take in millions of able-bodied people from other countries, Europe is robbing those countries of the individuals they need in order to rebuild, according to the AfD. What is needed instead is international cooperation to provide refugees with protection in their own regions.

Providing aid to the regions would be more cost-effective than "promoting limitless immigration," the party says. Von Storch also points out that taking in refugees from areas affected by "civil war, poverty and whatever diseases in the world" does not solve the problems at the source.

"It's alarming that the politicians justify (German Sea-Watch Captain Carola) Rackete's taking justice into her own hands - the law is now negotiable. Apparently you just need to make enough noise in the media and use moral blackmail." Björn Höcke, AfD Thuringia

Following the murder by a right-wing extremist of a senior German politician Walter Lübcke, known for his pro-migrant views, the AfD has come under increased pressure. It was accused of contributing to an atmosphere of hate in the country, and was roundly attacked when an AfD member of Parliament suggested that the murder should be blamed on the government's decision to take in large numbers of migrants. “If not for the illegal opening of the borders by chancellor Angela Merkel with the uncontrolled, continual mass arrival of migrants, Walter Lübcke would still be alive,” Martin Hohmann said.

Another AfD member, Wolfgang Gedeon, provoked outrage for saying after Lübcke's death that right-wing extremism was a mere "speck of bird shit" in comparison to Islamic terrorism or left-wing extremism. A year ago the party's co-leader Alexander Gauland used the same expression about Hitler and the Nazis whom he said were "a speck of bird shit in more than a thousand years of successful German history."

Such comments do not seem to have harmed the party's image. Gauland in particular has long been renowned for making extreme remarks. He once said about a picture of a drowned refugee child: "We can't be blackmailed by children's eyes."