Watching Sea-Watch: What will happen next?

The private search-and-rescue organization Sea-Watch made headlines when its captain Carola Rackete defied orders by Italian Interior Minister Matteo Salvini and docked a ship in Lampedusa with 40 rescued migrants on board. What’s next for the NGO and its captain, who has fast become a heroine for migrant supporters?

Sea-Watch has long been a thorn in Italian Interior Minister Matteo Salvini’s side, who has repeatedly accused private search-and-rescue workers of not only encouraging but even actively supporting human traffickers.

It is therefore not surprising that on June 29, 2019, following 31-year-old Sea-Watch captain Carola Rackete’s defiance of Italy’s ongoing ban on allowing vessels like the Sea-Watch 3 to enter its waters and harbors, Italy had the vessel impounded for the time being and Rackete arrested for forcing her way past a police vessel. Salvini even accused Sea-Watch of committing an “act of war,” as during the maneuver of docking their vessel, a much smaller Italian police boat had lightly been rammed.

However, an Italian judge ruled just days later that Rackete had not acted against the law as she had been doing her duty as a sea captain and saving human lives, therefore overturning a house arrest order arrest against Rackete. 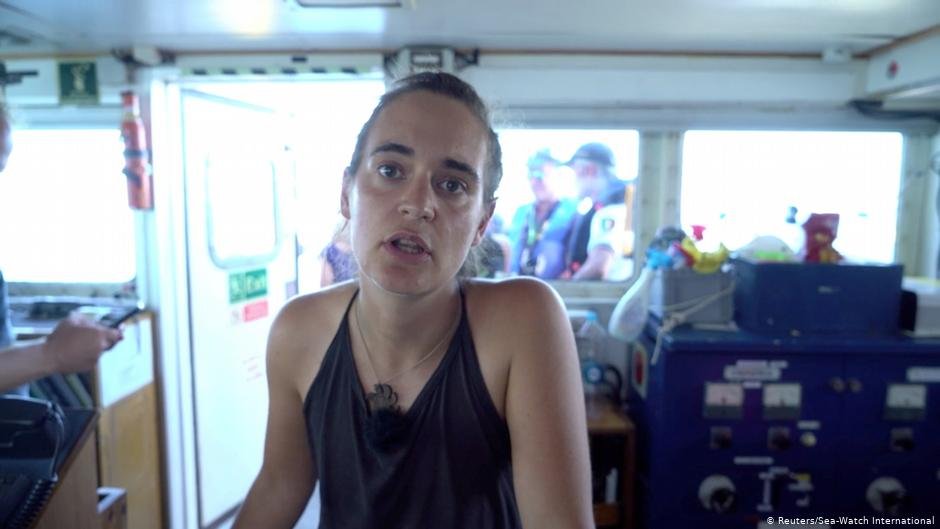 While she may no longer be under arrest, Carola Rackete cannot leave Italy for the time being, as she is separately being investigated under charges of assisting with irregular immigration. With that case due to be heard in court on July 9, Rackete is unlikely to leave Italy before then, according to her lawyers

With the Sea-Watch 3 still under probatory confiscation in Sicily’s port of Licata and Rackete unable to leave Italy, as investigations against her continue, what’s next for the NGO?

Death threats prior to court hearing

Rackete has become the poster-child of both those who champion migrants’ rights and groups staunchly opposed to illegal immigration. For some, she now is a heroine and to others, she is a villain who risked the life of Italian law-enforcement officials on board the police vessel.

There have been reports of death threats against Carola Rackete, which apparently were to be taken seriously enough that she has had to go into hiding, less than one week prior to her court hearing, according to Sea-Watch spokesman Ruben Neugebauer.

Sea-Watch meanwhile has publicly demanded that its impounded vessel be released so it can continue with its operations, as migrants continue to drown in the Mediterranean Sea.

After #FreeCarola it's now time to demand: #FreeThemAll - evacuate the camps in #Libya! We are ready to do our part: The #SeaWatch3 must be released immediately from probatory confiscation, she provides space for up to 500 people. It's high time for #FerriesNotFrontex! pic.twitter.com/KMTq7RTMm6

Sea-Watch said that it will now be looking for another ship to continue its search-and-rescue operations. With more than €1 million ($1.1 million) in aid of Carola Rackete in Germany alone (in addition to almost €500,000 in Italy), the NGO’s coffers should presumably be able to find - and finance - a new solution to keep their operations active. Without going into detail, Neugebauer said during a news conference in Berlin that the money would indeed be used to fund future rescue missions.

Sea-Watch representative Haidi Sadik told the Canadian broadcaster CBC prior to Rackete’s release that regardless of legal consequences, Sea-Watch would continue to seek ways to save lives in the Mediterranean:

“We stand by the laws that we work to respect. We stand by our humanitarian imperative,” Sadik said.

“And we will continue to do this work.”