Niger's migrant smugglers use ever deadlier routes through the Sahara

Smugglers are turning to perilous routes through the desert, or even dumping those hoping to reach North Africa. DW visited the transit hub of Agadez where efforts are being made to rescue migrants lost in the Sahara.

Amadou Sissoko is a migrant whose journey so far has ended in a transit center in Agadez in central Niger.

He had paid smugglers to take him northeast through Niger into Libya, he told DW. But he never arrived at his planned destination.

"It was night. The driver saw a car, and he thought it was bandits. He told us to get out and and then he drove off. We stayed in the desert for a week. We didn't have anything to eat or drink for four days. We kept walking, hoping to find a village. Then God helped us meet some people in trucks who gave us water," Amadou said.

It's supposed to be only a three-day journey by pickup from central Niger through the Sahara to Libya.

Amadou and his fellow migrants cadged lifts in cars and trucks from village to village. Weeks later, they were picked up by a rescue mission led by the International Organization for Migration (IOM) and taken to Agadez.

Lost in the desert

IOM say they have rescued nearly 20,000 people from the Sahara in Niger in the past three years.

The "vast majority of these" were sub-Saharan African migrants rounded up in Algeria by authorities who dumped them back over the border into Niger, said Martin Wyss, the IOM's Chief of Mission to Niger.

Although Algeria has largely stopped this practice after an international outcry, there is still need for the IOM to organize regular rescue patrols in the Sahara, one of the harshest environments on earth.

On June 15 alone, 406 migrants from 14 West African countries were found in the desert and taken to transit centers, according to the IOM.

Most recent rescues mainly included people from Ivory Coast, Guinea and Mali, according to the UN organization.

The flow of migrants, refugees and asylum seekers northbound through Niger has fallen to fewer than 10,000 from a peak of 150,00 in 2017, Niger's President Mahamadou Issoufou said in May.

But smugglers are now taking more dangerous routes to avoid detection because of changes to Niger's laws, which increases the risks for migrants. 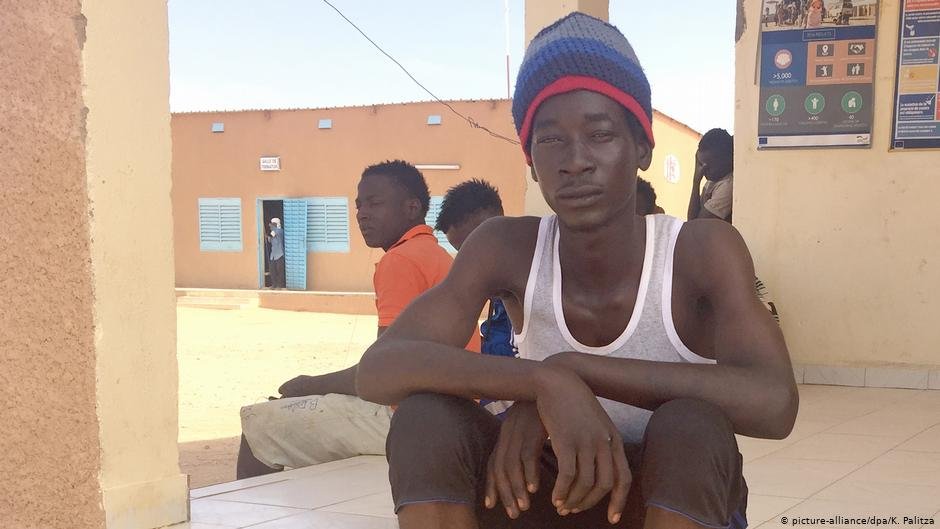 In the past years, Niger has faced pressure from Europe to stem the flow of migrants crossing from West Africa to Italy. In 2015, the country introduced legislation making irregular migration illegal and threatening locals who facilitated it with jail terms. As a member of the Economic Community of West African States (Ecowas), Niger had previously allowed the free movement of people.

Niger has also stepped up patrols at its borders and through the Sahara – financed by the European Union.

As a consequence, he told DW, people smugglers are more likely to attempt the journey at night and "take roundabout routes and back roads."

This heightens the risk of pickups carrying migrants getting "ambushed by bandits or breaking down", the mayor said.

Smugglers can also be chased by police, leading them to abandon migrants in the desert.

"Sometimes, smugglers also cruelly dump the migrants and steal their money, leaving them in the desert," Wyss from the IOM said.

The IOM sends out a rescue patrol with community workers and health workers, as well as a military escort once a month. 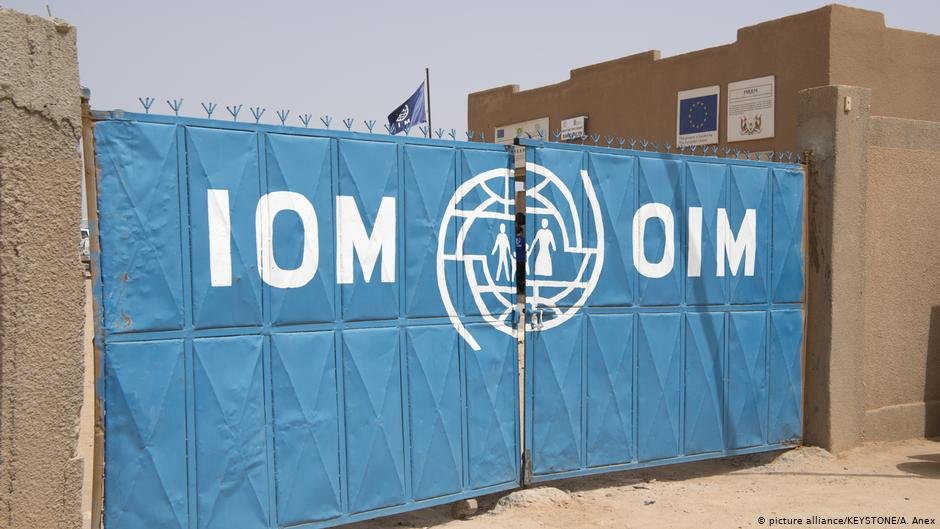 "We were on patrol and found migrants who were dehydrated and in very terrible conditions," said Mahaman Azawa from IOM in Agadez, describing the organization's last rescue mission.

"Unfortunately, one person died while we were transporting the group back to the transit center."

The IOM takes the rescued people to shelters where they receive food, first aid and counseling.

"Despite having assisted so many groups of migrants, I still find it difficult every time a new group arrives, with newborns in their arms, faces covered in sand and their clothes ripped apart," said Alhassane Adouel from IOM.

"After so many arrivals, it still breaks my heart to see what they have to go through."