Greece's new government announced its intention to reinforce the country's borders, as a rise in numbers of migrants crossing over from Turkey has recently been recorded once more. The EU's migration commissioner, Dimitris Avramopoulos, pledged his help to this end, as he met with the new prime minister, Kyriakos Mitsotakis.

More than 12,000 migrants and refugees have made their way to the Greek islands since the beginning of the year, according to the UN High Commissioner for Refugees (UNHCR). The new Greek government announced that it would tackle this uptick squarely.

Greece also announced that it would restart carrying out deportations to neighboring Turkey in cases where this was warranted.

Greek plans to return to terms of EU-Turkey deal

EU migration commissioner, Dimitris Avramopoulos, meanwhile paid a visit to his native country, underscoring during his trip that Greece was "not alone" in dealing with the EU's migration challenge.

"Greece is an important factor of stability and we must prepare ourselves better for the future because we do not know what lies in store for us," the EU commissioner added.

Avramopoulos met in Athens with new Greek Prime Minister Kyriakos Mitsotakis. Government officials later said that their discussions focused primarily on rapidly reducing the backlog of asylum applications in Greece and a return to the terms of the 2016 EU-Turkey agreement that allow for the deportation of rejected migrants.

The statement also specified that the new government would prioritize improved living conditions for refugees and migrants as well as faster asylum procedures.

The new government's junior migration minister, Giorgos Koumoutsakos, paid a visit to the island of Samos last week, a popular landing point for many refugees, and described the situation as "unbearable." He also highlighted that the distinction between economic migrants and refugees had to be made when discussing the country's approach to immigration.

"We must distinguish between those who are refugees and can potentially obtain asylum and those who have entered the country illegally. The former have the right to stay, the others must leave the country as quickly as possible," he said. 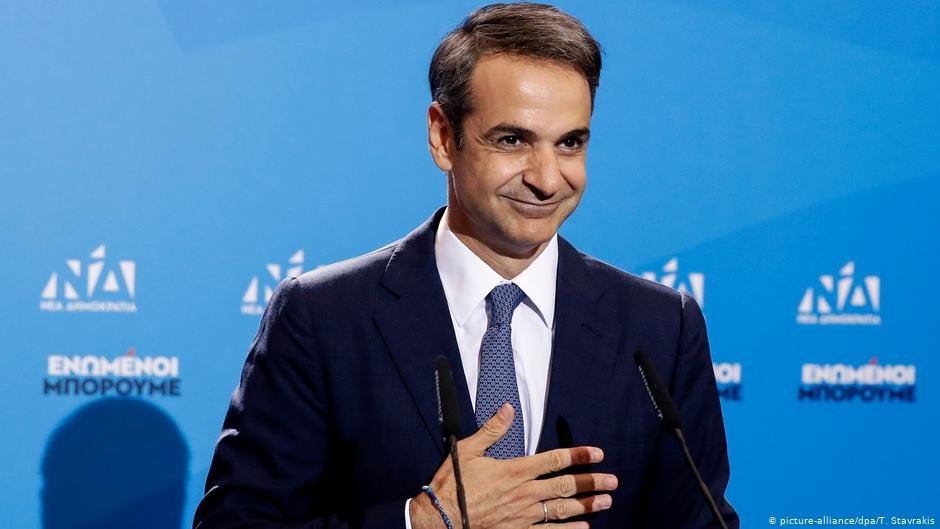 As his new government is taking shape, he has started to lay out his policy plans with regard to other issues – including that of immigration.