At least 17 people have been killed after a bus carrying migrants overturned in eastern Turkey. About 50 people were also injured in the accident that took place in Van province.

The governor of Van province, Mehmet Emin Bilmez, to Turkey's state-run Anadolu news agency that the minibus had tumbled down a hill, hitting a riverbed some 60 kilometers (37 miles) west from the country's border with Iran.

Bilmez said while nationalities of the passengers were still unknown, he assumed them to come from  Afghanistan, Pakistan and Bangladesh, as many of the migrants that come through Van province typically tend to originate from those countries, crossing through Iran on their way to Europe.

Bilmez added that the Turkish driver of the minibus has also died in the crash. He said the many injured were taken to several hospitals in Van city. "Seven of the injured are in intensive care unit. God willing, the number of killed will not increase," he added. 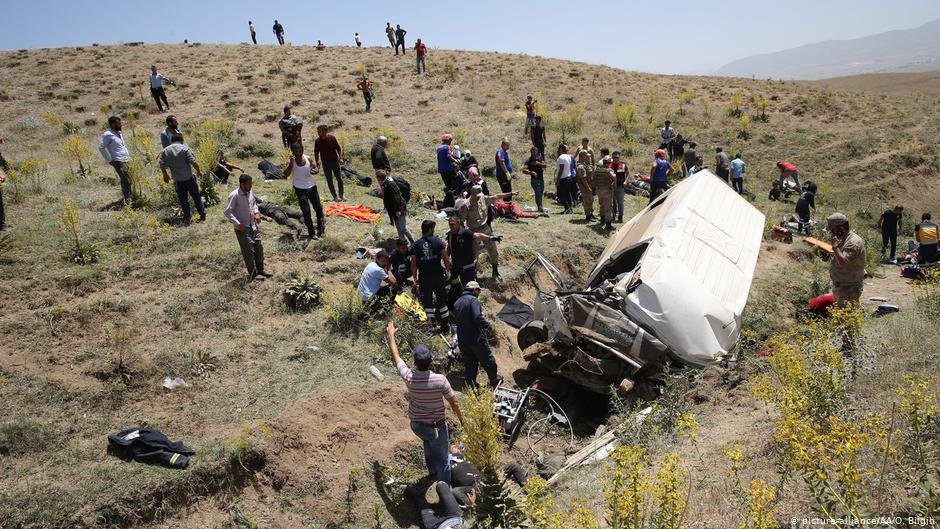 Turkish state broadcaster TRT shared footage of bodies scattered around the minibus and rescuers carrying the wounded away, while private broadcaster NTV said some of the passengers had fallen off the bus as it rolled into the ditch.

More than a million migrants and refugees have passed through Turkey since 2015 on their way to the European Union. The numbers of those actually reaching the EU have declined since 2016, when Turkey signed a deal with the EU to keep migrants from reaching European shores.