Syrian nationals living illegally in Istanbul have until August 20 to return to provinces in which they are registered. Otherwise, they face expulsion, authorities warned Monday. Hostility towards millions of refugees in recession-hit Turkey is mounting.

Authorities in Istanbul set a four-week deadline on Monday for Syrians living without approval in Turkey's largest city to return to provinces where they are registered. If they fail to relocate voluntarily, they face forced removal to those regions.

"Foreigners of Syrian nationality who are not registered under the system of temporary protection or who do not have a residency permit will be expelled to their designated provinces by the Ministry of the Interior," the statement published by Istanbul governor's office read. Those without any registration papers at all would be sent back to Syria, it added.

Istanbul is also closed for new registrations for those under temporary protection, the governor's office announced Monday. That's according to orders from the Interior Ministry. The city is Turkey's financial capital and largest city with a population of about 16 million.

In recent days, security forces have stepped up identity checks at metro and railway stations in Istanbul. 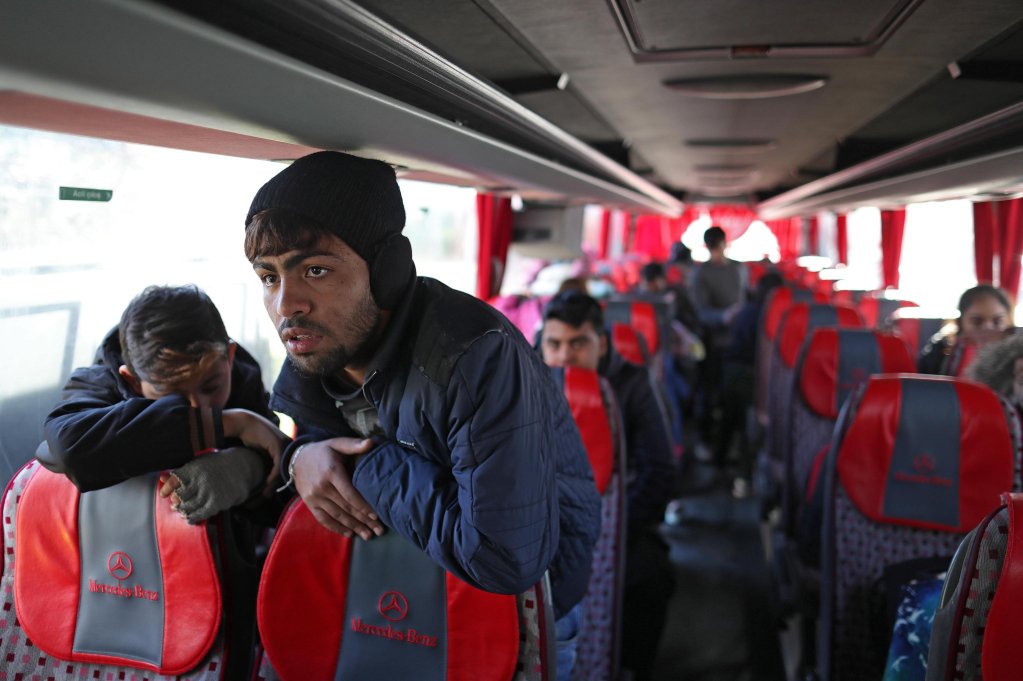 It is unclear how many Syrians will be affected by the order. According to figures by the Interior Ministry, there are around half a million registered Syrians in Istanbul. The city's new mayor, in contrast, has said there are one million Syrians living in Istanbul.

According to the Forum for Syrian Associations, a coalition of Syrian NGOs in Istanbul, there are nearly 26,000 Syrians in Istanbul without a protection card. It is unclear how many of those have cards for other provinces.

In the past, Turkish authorities have been frequently accused of forcing Syrians back across the border and deporting them despite their protection status, which guarantees them that they cannot be deported.

In recent weeks, these claims have multiplied. Reuters spoke to three people who said they were sent without their consent to areas of northern Syria controlled by Ankara and Turkey-backed rebels. They told the news agency they had to sign a document saying their return was voluntary. One person said he was deported along with at least 100 other Syrians.

Mahdi Daoud, head of the Forum for Syrian Associations, also complained that more than 600 people were sent back to Syria last week, even though most had protection cards issued for other Turkish provinces, he told AFP. The Turkish government has not yet commented on the reports of deportations.

The Turkish government does not offer the 3.6 million Syrian refugees it hosts formal refugee status. Instead, they are given "temporary protection" status, which requires them to stay in the province to which they are assigned. They can only visit other cities with short-term passes. International rights groups have criticized the Turkish government for what they call a denial of full refugee status and the opportunity to be self-reliant.

Turkey is home to the largest refugee population in the world. It hosts four million refugees, including said 3.6 million Syrians. The country's recession-hit economy and high levels of unemployment have fueled anger against Syrian refugees living in Turkey. For many Turks, Syrians have overstayed their welcome, and they blame them for taking away jobs and using services including health and education.

Clashes between Syrians and Turks in Istanbul happen frequently.

During the Instanbul municipal elections in June, locals vented their anger in a xenophobic campaign called #SyriansOut. Many participants complained about the number of Arabic signs appearing on shops in Istanbul and elsewhere.

A survey published this month by the Kadir Has University in Istanbul confirmed a growing hostility towards Syrian refugees in the city. According to the survey, the share of Turks unhappy with the presence of Syrians in their country rose from 55 percent in 2017 to 68 percent in 2019.

With material from AFP, Reuters, dpa