The United Nations has described the capsize of two boats carrying about 300 migrants as the "worst Mediterranean tragedy" in 2019. Survivors were rescued by fishing boats and returned to detention centers in Libya.

The Libyan coast guard and UN refugee agency said up to 150 migrants were missing and feared drowned after two boats capsized about 120 kilometers (75 miles) from the capital Tripoli on Thursday.

UN refugee agency spokesman Charlie Yaxley said 147 people had been saved. "We estimate that 150 migrants are potentially missing and died at sea," he added.

The survivors were picked up by local fishermen and then returned to the coast by the Libyan coastguard, Yaxley said.

Grandi added that safe ways of passage out of North Africa were needed "before it is too late for many more desperate people." 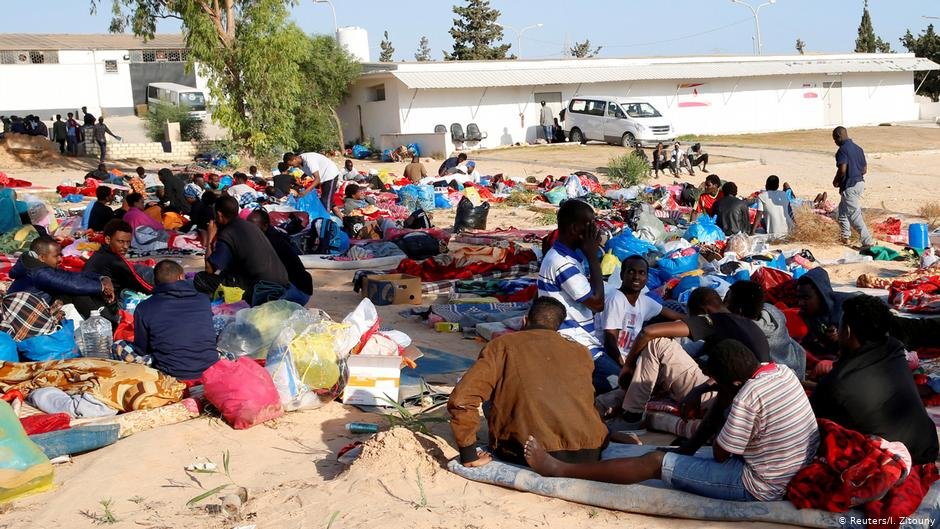 The Libyan coast guard intercepted 30 people off the coast earlier this week and took them to the Tajoura detention center where an airstrike killed more than 50 people earlier this month. More than 200 detainees are still being held at the facility, which is close to where rival Libyan factions have been fighting.

The UN refugee agency reported that 164 people have died while trying to reach Europe from Libya since the start of the year. While the numbers are lower than in previous years, the dangers of attempting the passage have been increasing. According to the UN, one in every four people trying to cross the dangerous passage dies before reaching Europe.

The latest deaths come as the EU grapples to develop a migrant sharing scheme after Italy's government took a harsh stand and closed its ports to NGO rescue vessels.

On Thursday, Italy's lower house passed a measure that would raise fines for migrant rescue charities that make unauthorized calls at Italian ports. The bill, which still needs to be passed by the Senate, envisions fining NGOs up to €1 million euros ($1.1 million).