Orphaned in Liberia, Mariam reaches Italy on the Sea-Watch 3

Mariam, a 23-year-old woman from Liberia, was rescued by the Sea-Watch 3 in June and taken to Lampedusa. InfoMigrants spoke to her shortly after her arrival on the Italian island.

Mariam had suspected she was pregnant, but she didn’t have confirmation until she arrived in Lampedusa, Italy’s southernmost point. The biggest giveaway was how sick she was feeling at sea, first on a rubber boat and then on the Sea-Watch 3 rescue ship.

“I am not keeping things in,” she tells InfoMigrants. “My appetite is not good.”

It was at the island’s health center that she received her first scan. She was told that she was three months pregnant, and that her baby was fine. But the 23-year-old Liberian did not celebrate the news. There were many worries on her mind.

From Liberia to Italy

Mariam’s journey started in Liberia in 2016. Her parents and most of her family members died of Ebola, and she was left alone. She did not contract the virus herself, but she says she was stigmatized just the same. She used to work as a beautician, but she remained unemployed because of the population’s fear of Ebola spreading further.

She says that she had hardly any money to pay for the journey to reach Europe, so she could not pay anyone to help her. So she walked through most of the desert and eventually made it to Libya in 2017. 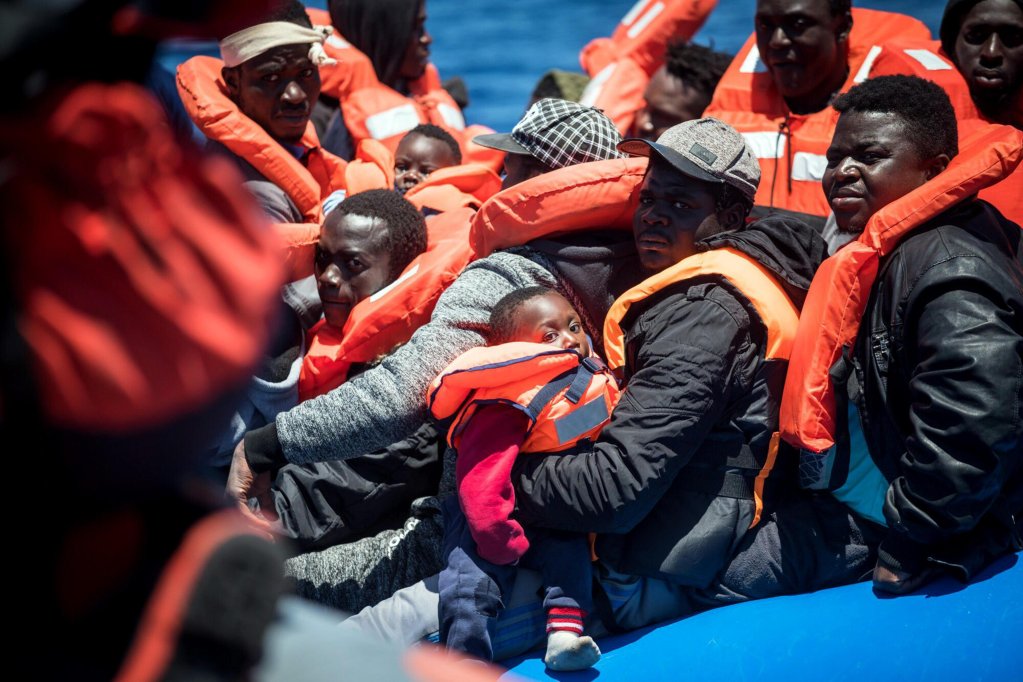 Some of the details in her story are unclear, but there is one thing she is certain about: “Libya is hell,” she says, adding that she found out immediately after arriving in the country.

“When Libyans confirm there are black people, they come to the place and put everybody in prison. They call your parents: send 2,500 euros. Of course, I don’t have anyone to call. So, I suffered a lot in Libya,” she says.

Her story matches with that of thousands of other migrants from sub-Saharan Africa who were caught by militias who asked families for ransom. She says that because she had no money and no family to call on, the armed men who caught her were particularly violent.

“They tortured me. They stabbed me and they thought I was dead. They threw me in the desert. I was there for three days bleeding. Some black people were walking in the desert and they saw me and they took me to Tripoli,” she says, showing a long scar on her back.

Mariam prefers not to go over many details of her stay in Libya. She says that she met her husband there. She says he is also black but doesn’t want to say his nationality.

She never utters the word rape referred to herself, but repeats it many times when asked how things were in Libya: “They rape women, they beat women.”

She says she was separated from her husband some time in April, because of a bombing in Tripoli. She says the child is his.

In early June, Mariam got on a rubber boat with another 52 people, including two toddlers and some pregnant women. They were pushed out at sea. It was an aircraft by the Pilotes Volontaires French NGO that located them on June 12, off the Libyan coast, some 47 miles from the coastal town of Zawiya.

That is when the German rescue NGO SeaWatch picked them up at sea and the stand-off with the Italian government started, as Interior Minister Matteo Salvini signed a decree to fine NGOs rescuing migrants at sea. He did not allow the Sea-Watch 3 to dock.

“Sometimes I say that maybe God doesn’t like me and that’s why I continue to suffer like this. Because anywhere I go, there are problems,” says Mariam after a long sigh. “I sometimes pray that maybe if I could die, maybe my soul could rest in peace, maybe not suffering all the time.”

On June 15, Italian authorities allowed 10 migrants, including Mariam, to be evacuated from Sea-Watch 3 for medical reasons. Mariam was exhausted and was taken to the island’s health center to be examined. After doctors saw that she and her baby were fine, she was transferred to the hotspot. That is where all migrants that dock on the island spend a few days before being transferred to migration centres in Sicily or elsewhere in Italy.

InfoMigrants met her two days later, after she had managed to sneak out of the hotspot to look for an Internet connection. She was speaking Bambara with another two migrants from Ivory Coast. One of them had a cellphone and lent it to the other migrants to make calls. They were sitting on a bench in front of the entrance of the Archivio Storico di Lampedusa, a cultural organization and bookstore that lends a WiFi connection to migrants who need to get online.

There was a breeze and Mariam was cold. She was unsure about her next steps, but also relieved because she had managed to get in touch with her husband for the first time in two months.

“He said that he’s so happy because I’m in the hands of good people, that the Europeans are so good. For him, he stays suffering and he doesn’t know how to get here,” she says. “I hope I will see him again.”

Note: InfoMigrants spoke to Mariam on June 17. We have not heard from her since and do not know what happened to her after she arrived in Lampedusa.