Turkish human rights groups have staged a protest on Saturday in Istanbul in solidarity with Syrian refugees. The demo followed a government announcement earlier last week saying that Syrians would be relocated out of the city if they are not officially registered.

Around 100 Turkish human rights activists joined the protest in Istanbul's Sarachane Park, carrying banners that read slogans such as "No to oppression against refugees."

The protest was disrupted by an ultra-nationalist group carrying Turkish flags and chanting slogans against refugees in the country. Police later had to disperse the group as they continued their anti-refugee chants.

In recent weeks, there have been increasing media reports about sporadic clashes between Syrians and Turks in Istanbul, where resentment against refugees has grown amid an ongoing economic crisis, which Turks blame — at least in part — on Syrian refugees allegedly taking jobs away from them and crowding out health and education services.

Istanbul's governor now gave unregistered Syrians a controversial ultimatum until August 20 to leave Istanbul — or be sent back to whatever Turkish city they first registered when they entered the country. The decision was backed by the country's Interior Ministry.

Turkey's Interior Ministry says there are 547,000 Syrians registered in Istanbul but the city's new mayor says the total Syrian population may be nearly double that. Surveys conducted by the International Organization for Migration put the total between 600,000 and 900,000 Syrian nationals, with many assumed to be registered elsewhere in Turkey.

The head of the Istanbul-based rights group Ozgur-Der, Ridvan Kaya, criticized the government's plans, saying the policy was wrong and unjustified, and warning that news and social media posts were "stirring hatred against Syrian brothers".

One Twitter user described Syrian refugees as "a people that left their nation to suffer its fate without putting up a fight seeking citizenship in another nation (Turkey) that had to fight with its own blood to defend its history."

"If you describe Syrian refugees as a burden that we need to get rid of, then racist groups will be encouraged in their deeds," Kaya said. The hashtag "SuriyelileriIstemiyoruz" (We do not want Syrians) was actually trending on Twitter, as the protests unfolded over the weekend.

Turkey is home to 3.6 million refugees from Syria, with more than half a million registered in Istanbul. Migration experts estimate another 300,000 unregistered Syrians live in the city, with many of them being registered elsewhere in the country.

Turkish media networks meanwhile reported that some Syrians were also forcibly being deported out of the country, including to conflict zones in Syria such as Idlib Province.

Abu Ahmad, a real estate professional, told the Reuters news agency that after being stopped by police in Istanbul for his expired documents, he was packed into a bus packed with 50 men to be deported to Syria. Her further told Reuters about inhumane living conditions while he was waiting to be deported and being forced to sign his own deportation papers under the threat of violence.

He also mentioned that Syrians at the deportation center were being swindled out of money by an alleged lawyer promising to secure their release. However, ten days later, he and the others all found themselves at the Bab al-Hawa crossing into Idlib, hundreds of kilometers from his home province of Deir ez-Zor in eastern Syria.

Hundreds of others like Abu Ahmad have reportedly been detained pending deportation earlier this month according to authorities. Four others who spoke to Reuters in northern Syria also said they had been forcibly sent there in the past week. All of them had thought at the time of their arrest that they were being transferred within Turkey — not across the border and back into Syria.

An employee at the Syrian Bab al-Hawa crossing meanwhile told Reuters that he recorded at least 4,500 Syrian returns this month, but could not say exactly how many were voluntary trips and how many were part of the forced deportations.

Turkish Interior Minister Suleyman Soylu said that around 1,000 unregistered Syrians had been detained in Istanbul in the last two weeks as part of a wider sweep for illegal migrants, but denied that Turkey was deporting Syrians.

"We never have deported and cannot deport the Syrians under the scope of temporary protection," he told the private Turkish broadcaster NTV. 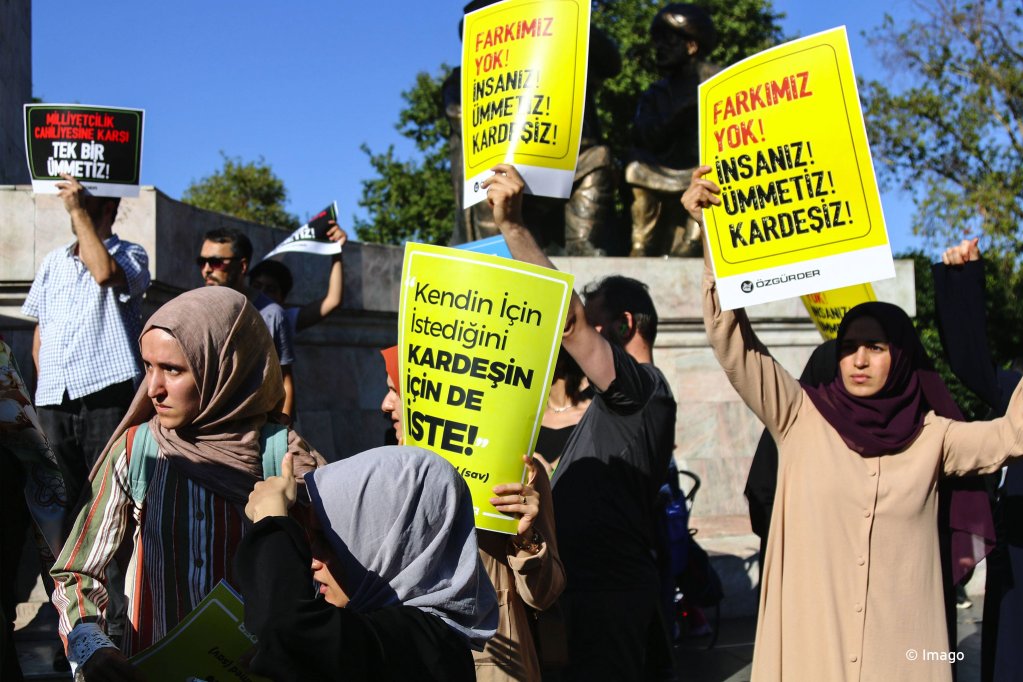 Turkish President Recep Tayyip Erdogan said last month that around 330,000 Syrian refugees had returned since Turkey launched military operations in Syria three years ago, not detailing under what circumstances they went back.

The deportations to Syria's restive Idlib Province take place against the backdrop of an ongoing diplomatic spat about the prospect of another Turkish military operation into northern Syria. Erdogan said Friday that his country was determined to destroy what he called a "terror corridor" in northern Syria — regardless of whether or not Turkey and the United States agreed on the establishment of a so-called "safe zone" there.

Ankara says it wants to establish a zone along the border with Syria cleared of Kurdish fighters and claims such a zone would be safe for Syrians and allow some of the country's refugees to return. Turkey has warned of a possible new military offensive into Syria if an agreement on a safe zone is not reached, and has recently been sending reinforcements to its border area.

Since 2016, Turkey has launched two cross-border offensives against IS and the Syrian Kurdish fighters.