Italy has announced that it will allow 116 rescued migrants currently on the Italian Coast Guard's Gregoretti vessel to disembark "within hours," bringing the latest standoff with the European Union regarding the redistribution of migrants rescued at sea to an end.

Italy's Interior Minister Matteo Salvini said that after a number of EU countries had agreed to share responsibility of looking after the migrants on the Gregoretti he would "give authorization (for the migrants) to disembark in the coming hours."

An EU Commission spokeswoman had announced earlier that France, Germany, Ireland, Luxembourg and Portugal would join the Italian Roman Catholic church in caring for the migrants. The Commission did not specify how exactly the migrants would be shared between the host countries.

Dozens of migrants had been forced to remain docked on the boat in Sicily for five days after Salvini refused to allow them to disembark without European reassurances. They were saved from drowning on the same day that at least 115 other migrants were killed in a shipwreck off Libya last weekend — the deadliest tragedy in the Mediterranean so far this year, according to the International Organization for Migration (IOM). 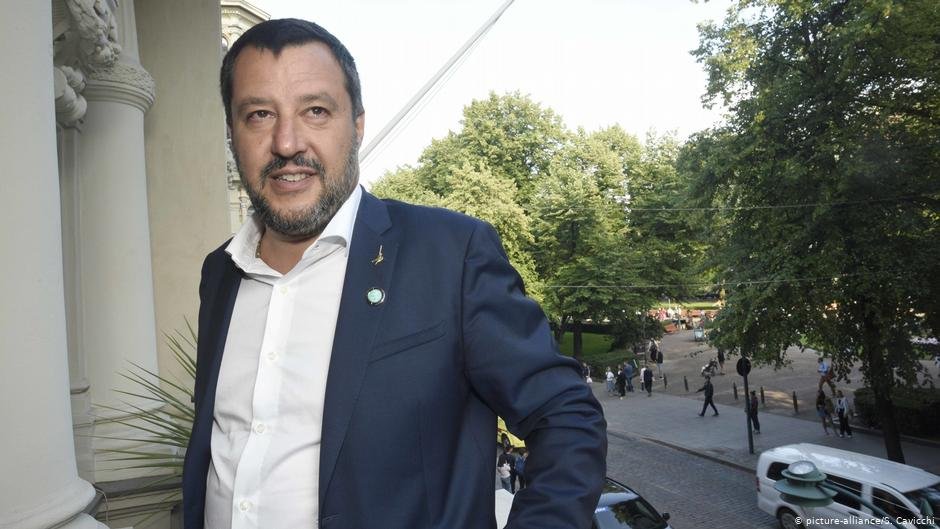 While the comparatively short amount of time between the docking of the ship and the decision on redistribution raised hopes of the European Union truly working towards finding lasting solutions with Italy, another stand-off with the EU appeared to be just around the corner, with Salvini on Wednesday formally banning the Alan Kurdi — a privately run rescue ship owned by German charity Sea-Eye — from entering Italian waters after saving 40 migrants from waters off Libya.

While Salvini's closed-harbor policies are particularly harmful to non-governmental rescue operations, they also affect his own coast guard fleet: a year ago, more than 150 migrants were stranded on the Italian Coast Guard's ship Diciotti for over a week before an agreement between the Catholic Church, Albania and Ireland allowed them to disembark.

Pope Francis on Sunday called on the international community to "act swiftly" to help avoid further deaths at sea by avoiding political stand-offs.

"I am renewing my call that the international community act swiftly and decisively to avoid that such tragedies repeat themselves and guarantee the safety and dignity of all," he said on Sunday during his weekly Angelus address on St Peter's Square.