Tunisia sends more than 50 migrants back to Libya

Tunisia has prevented 53 Ivorian and Sudanese citizens from illegally entering the country, according to the country's defence ministry. Meanwhile, an unverified video on Facebook claims that the migrants were left in the desert without any food or water.

Two groups of migrants consisting of 33 Ivorian and 20 Sudanese nationals had reportedly approached the Tunisian border by land in the southern border area of Medenine, where they were arrested by military units and subsequently sent back to Libya.

The move was criticized by various NGOs, demanding that Tunisian authorities allow the migrants to enter "urgently into Tunisian territory so that they can be taken care of by humanitarian organizations". The statement also said that 36 rather than 33 Ivorian migrants had been intercepted by Tunisian authorities, including 11 women, some of whom allegedly were pregnant. It was unclear from various sources how many minors were part of the group. The International Organization for Migration (IOM) in Tunisia said there were four little children in total, while other sources claimed there were three babies.

The IOM added that it had mobilized its teams since being alerted of the situation, trying to contact authorities on both sides of the border to ensure humanitarian intervention, while coordinating operations with the Tunisian Red Crescent and the Ivory Coast's consulates in Tunisia and Libya. The UN agency said that the extreme heat in the desert meant that this was a matter of urgency.

On a video shared on social media, some of the apparent migrants said they had been abandoned in the desert by the Tunisian authorities without any food or water.

A woman seen on the video said, "we don't know what to do ... we need help." She was described in the post as Ivorian. The video, which was shared by the Tunisian Forum for Economic and Social Rights (FTDES) could, however, not be independently verified, the news agency AFP writes.

FTDES said in a report published in July that the number of migrants arriving in Tunisia via that country's land borders had more than doubled in the first half of 2019. More than 1,000 people had entered Tunisia illegally over the past six months, the report said — compared to 417 in the first half of 2018. Many of them were sub-Saharan Africans arriving through the border shared with Libya.

"The aim of the majority of them is to leave (Tunisia) towards Europe by sea, while some have left Libya fleeing the security situation," the report said, highlighting the recent uptick in conflict in neighboring Libya, where various militias are vying for control over the nation.

"The issue of migrants and refugees is not the responsibility of the Tunisian government, and all countries must assume their responsibility. The authorities are working to prepare themselves to confront this crisis." Chahed said. 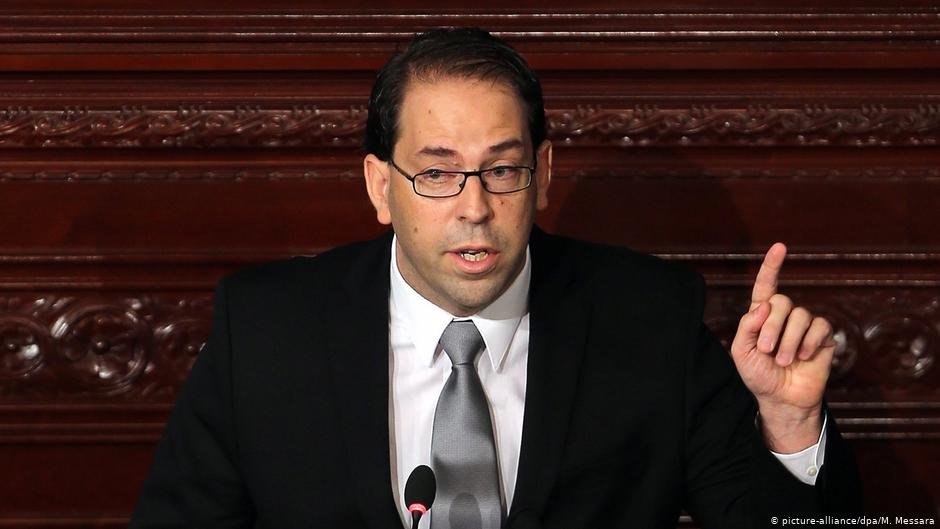 However, the European Union already has an agreement with Tunisia to address illegal immigration, most notably the 2014 Partnership Agreement on Mobility, which is aimed at promoting working "together to support the establishment and strengthening of the Tunisian authorities that will be responsible for identifying those migrants on their territory who are eligible for international protection, processing their asylum applications, applying the principle of 'non-refoulement' to them and providing them with lasting protection arrangements."

The practice of "non-refoulment" means not forcing refugees or asylum seekers to return to a country in which they are liable to be subjected to persecution.