"To put it in a nutshell: A child who barely speaks and understands German has no place yet in a primary school," Carsten Linnemann, deputy chair of the CDU's parliamentary group, told German daily Rheinische Post.

He claimed that such children have an effect on German-speaking classmates, and the quality of education in German public schools more generally, and called for tougher pre-matriculation language requirements.

"It costs money, but a lack of integration and education are much more expensive at the end of the day," Linnemann said.

The statements drew immediate condemnation from both within and outside of the CDU, which faces tough elections next month in two eastern German states where immigration and integration remain hot-button issues.

The right-wing, anti-immigrant Alternative for Germany (AfD) party is polling neck and neck with the CDU to become the strongest political force in both Brandenburg and Saxony following those states' regional elections on September 1.

A call for children with insufficient German language abilities to be excluded from compulsory education is "populist nonsense" and "the completely wrong path," Karin Prien, the CDU education minister in Schleswig-Holstein, told German daily Süddeutsche Zeitung.

"If he really wanted better conditions in schools, he could work for more teachers and inform himself about the fact that children who have constant exchanges with German speakers learn the language more quickly," she posted on Twitter.

Issues of migration, asylum and integration continue to dominate the political discourse in Germany, some four years after Merkel's decision to keep borders open to arriving refugees in 2015.

Meanwhile, a spate of isolated incidents of violent crime — such as the murder of a German child at Frankfurt's main train station last month by an Eritrean man who lived in Switzerland — have become talking points for Germany's far-right, as well as its center-right-led government.

Interior Minister Horst Seehofer of the CSU held an emergency press conference after receiving news of the Frankfurt murder to call for bolstered funds for surveillance technology and more police. "What I don't understand and don't accept is when it's said that that costs millions and we're not doing it," he said of his proposals.

'By and large open to immigration'

Despite the importance of issues such as immigration and asylum in those German states soon taking to the polls, "Germans are by and large open to immigration," according to a recently published study by Germany's Friedrich Ebert Foundation titled "What Germans Think About Migration."

Some 63% of those surveyed believe immigration can help solve Germany's shortage of skilled labor, while around 50% believed that immigration enriched the country economically, as well as socially and culturally.

"Concerns about the influx of refugees and migrants do exist," the study states. "But they are not primarily those that tend to be highlighted in the media and politics."

By contrast, the main concern respondents cited is an increase of right-wing extremism and racist violence, followed by worries about increasing divisions in society that have spawned from increased migration. 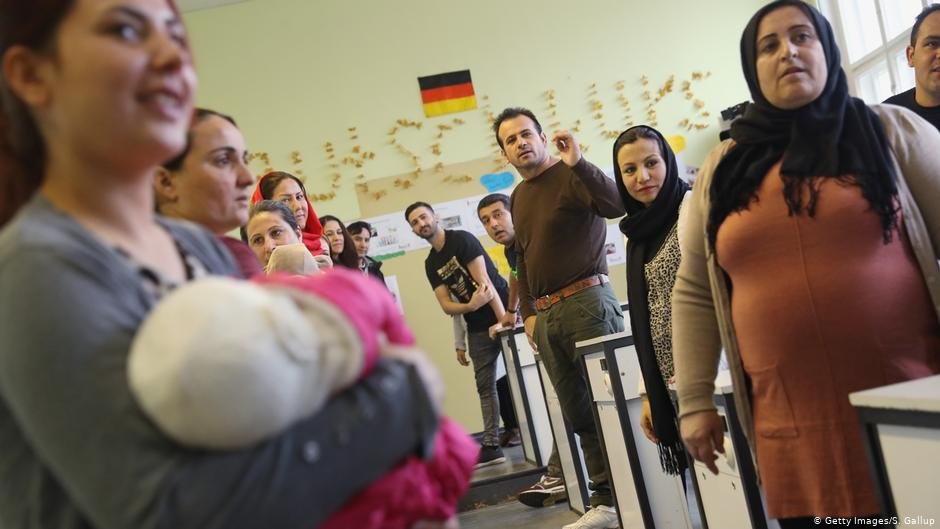 Linnemann's defenders took to Twitter to push back against what they saw as a body politic too quick to condemn his statements as racist.

"Some want to purposefully misunderstand someone," wrote Ahmad Mansour, a prominent German-Palestinian-Israeli psychologist studying extremism. "It's come to an industry of outrage! Objective differentiated dispute is a thing of yesterday!"

But Klaus Hurrelmann, professor of public health and education at the Hertie School of Governance in Berlin, told DW that "the position of Mr. Linnemann is completely inconceivable."

"If children with little German-language skills are not sent to school, then their situation worsens and one misses the right window in time for starting a formal education process," he said. Hurrelmann advocates for the gradual process of teaching immigrant children German, then integrating them into regular, mixed classes.

These so-called welcome classes (Wilkommensklassen) are common practice in Berlin and elsewhere across the country, though every one of Germany's 16 federal states has different ways of educating non-German-speaking children. "There's absolutely no reason to change anything in this practice," Hurrelmann said.

With his comments, Linnemann "makes clear that he's completely uninterested in the topic, rather he only wants to achieve a desired effect," Hurrelmann added.