International charity Action Against Hunger has denounced the deterioration of living conditions for Syrian refugees in Lebanon following a recent order to dismantle houses and other buildings at a number of camps.

Action Against Hunger said that since May, over 2,500 structures at numerous refugee camps in Arsal, a city in northeast Lebanon, are in the process of being dismantled at the order of the country's Supreme Defense Council. Over half have already been torn down, leaving hundreds of families without shelter and in distress — a situation that could induce them to make the dangerous trip back to Syria, Action Against Hunger said. 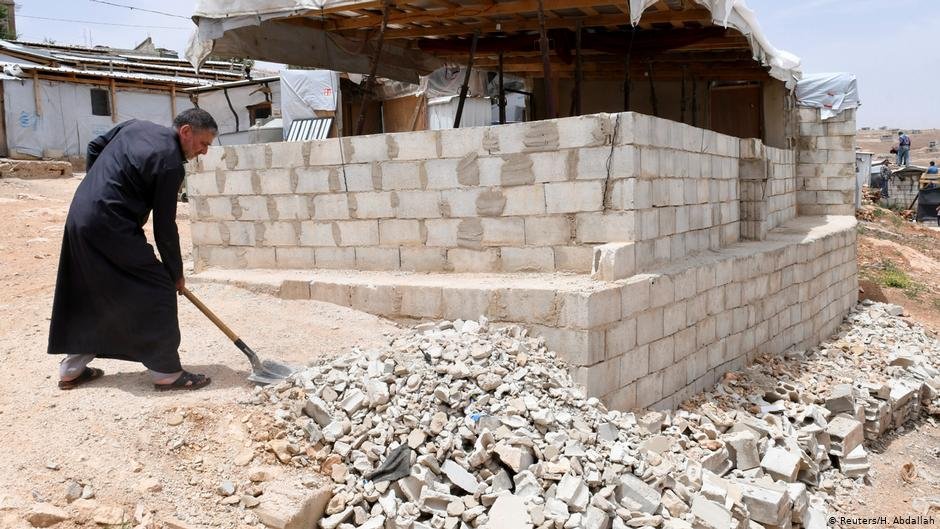 Situation 'undermines the dignity' of Syrians
''The order is clear: Permanent structures built without a permit must be demolished,'' Action Against Hunger explained in a statement. According to the order, refugee shelters made of anything but timber and plastic sheeting are to be removed. The "cement camps" in the Arsal region have raised concerns among Lebanese that Syrian refugees would settle there permanently.
Action Against Hunger stressed the Council decision would affect the majority of refugee shelters. The charity also noted that Lebanon has not signed the 1951 Refugee Convention and has never built official refugee camps, meaning most Syrian refugees live in tent camps. An estimated 1.5 million Syrians have fled to Lebanon since the start of the Syrian conflict in 2011. They are the largest refugee group in the country.
The demolition order ''is one of many signs that Syrian refugees must confront that contribute to creating an increasingly coercive environment, undermine their dignity and induce them to return to Syria quickly, even though their security can't be guaranteed," said Chiara Saccardi, the Action Against Hunger official in charge of Syria and the region. She listed the risk of unexploded landmines or the possibility that refugees may return to locations that have been completely destroyed as some of the main reasons why they should not yet return to Syria.
'Support for principles of protection'
Action Against Hunger called for the principles of protection to be respected. These include housing families and not demolishing key facilities for refugee communities, such as schools and mosques.
''These people are already under huge stress having fled war under the worst conditions and living for eight years as refugees. Seeing their homes destroyed once again could therefore recreate a trauma, which is particularly harmful for children," Saccardi said.
Dismantling housing can also force refugees to sleep on the streets or in unstable shelters. This presents a further risk for women and girls, who could be sexually abused. Moreover, such a situation is "not an option for next winter, when temperatures are likely to drop below zero," Saccardi stressed.
Action Against Hunger said that rubble from the demolitions has only been partially removed. Such debris hinders the movement of refugees and the deployment of humanitarian aid and poses a health hazard due to the presence of mice and snakes, according to the organization.