Birth at sea: How one rescue mission deals with pregnancies and other medical emergencies

Private rescue missions are increasingly facing rejection by ports in Italy and now Malta. One particular vessel, the Ocean Viking, is now prepared for all emergencies on board because of this — including pregnancies and births.

When you travel on an extravagant cruise ship, you expect all amenities to be on board, including medical staff on duty — in case you should get seasick or have a more serious illness.

However, the Ocean Viking is hardly a luxury liner. The rescue vessel, operated jointly by Doctors Without Borders (MSF) and the migrant aid charity SOS Mediterranee, saves migrants and refugees from drowning in Mediterranean waters. And the medical emergencies it encounters tend to be actual emergencies and not a case of simple food poisoning.

There is a doctor on board, two nurses — and a midwife.

The clinic on board the Ocean Viking, which sails under the Norwegian flag, is located on the bridge of the ship. It's a white container with an emergency room, a separate room with three sleeping berths and a delivery room with blue bedsheets.

While pregnant women who are nearing their delivery date are normally entitled to a medical evacuation off the boat — even in Italy, where authorities under far-right interior minister Matteo Salvini turn away migrant rescue boats, the Agence France-Presse (AFP) news agency says that in recent years, at least 35 babies have been born on rescue vessels in the Mediterranean.

Six of them were born on the Ocean Viking's sister ship, the Aquarius. In May 2016, the first baby to be born on that ship was Desire Alex, named after the ship's captain. Five others followed, with their first names often reflecting the overall situation that the mothers found themselves in: Newman, Favour, Mercy, Miracle and Christ.

AFP reports that baby boy Christ was actually still born while his mother was out at sea on a migrant dinghy. When she was rescued by the Aquarius, the baby was still attached to her by the umbilical cord. 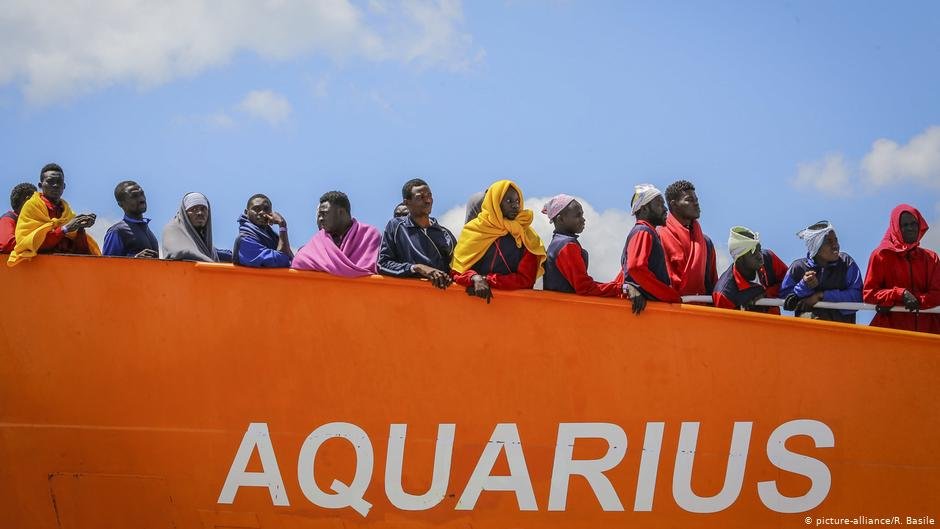 Midwife Marina, who is now part of the medical team on board the Ocean Viking, was there when little Favour was born on a stormy night in December 2016. Marina told AFP that she had actually requested a medical evacuation for the birth but this was not possible under the weather conditions at the time. After a long night on a rocky boat, Favour was born the next morning in perfect health.

The baby's mother, a Nigerian woman who lost her husband in Libya, had begged the smugglers to let her get on the boat as a "favour" — which is why she gave the child the same name.

Marina observed that the movements of the boat, especially during a storm, promote contractions in childbirth. She says that the sense of relief that the mothers-to-be feel once they board a rescue boat might also be a facilitator for labor. 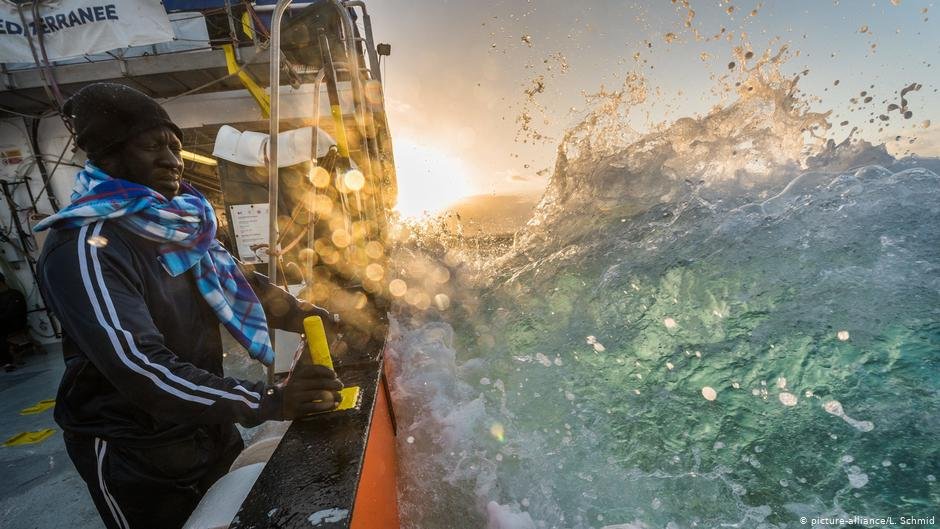 It is only a question of time until Marina gets to help with the first delivery on the Ocean Viking. During her time on the Aquarius, Marina came across hundreds of pregnant women: In 2016, 4.4 percent of the women rescued by the boat were pregnant. By 2018, that number increased to 10 percent.

In some cases, the women didn't even know that they were pregnant at the time: The Aquarius rescued almost 4,700 women in nearly three years of operations. Most of them said they had suffered sexual abuse on their journey, including rape. Marina stresses that her assistance is especially important for those women and girls who have been subjected to rape.

"If you are pregnant, if you think you are pregnant, come and see me. It will remain confidential", she told AFP highlighting that she keeps pregnancy tests available. When the women don't realize they're pregnant, it's often up to Marina to reveal this to them. Because of the high number of unwanted pregnancies, MSF now offers medical abortion sets on board as well, which she also administers at the right moment.

"We did not (carry abortion pills) before, but we had so many requests," Marina explained. "Many women do not say (that they are pregnant), or do it just before disembarking."

But not all rape victims who approach Marina are pregnant. She has also treated many young girls and women who have been forced into prostitution, particularly in Libya.

Marina's work entails far more than the usual job description of a midwife. 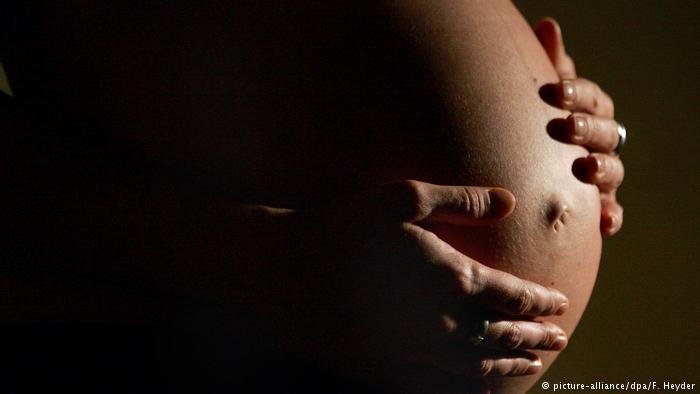 Whether the pregnancies are wanted or not, the crew presently on board the Ocean Viking expects that the ratio of births on the vessel might further rise. With the Italian government refusing to let migrants land on their shores until other EU nations agree to take them in, the rescuers say they are preparing for long waits in the future before disembarking.

"We know that we may have to keep patients on board for a while. It's a new challenge," Stephanie, a German nurse on board, told AFP. "We are pretty well equipped. But we hope we do not have to deal with this situation for too long."

The Ocean Viking is currently on its way to the Libyan search and rescue zone, keeping Marina and Stephanie busy with preparations for the first medical emergencies. In addition to maintaining stocks of medicine and pregnancy kits, Marina is busy painting a turtle on the ship's migrant shelter. Other animal paintings include zebras and elephants, all there to ease the welcome of the first babies delivered on board the Ocean Viking rescue mission — which is only a question of time.

This article was written with the help of news agency material provided by AFP.