This museum documents the tragic past and present of migration

The Italian island of Lampedusa has been an arrival point for migrants for decades, given that it's closer to Africa than to Europe. A museum on the island pays tribute to these people, who risk their lives in search of safety and better opportunities.

It all started at the Lampedusa garbage dump. That is where Giacomo Sferlazzo, a local artist and activist, found a big garbage bag full of objects that had belonged to migrants who had arrived on the island: letters, photographs, religious texts, music CDs.

“It was a turning point, because it was like touching history with our own hands,” says Sferlazzo, who made his discovery with other friends from the political collective Askavusa. “We realized the enormous value of these objects and started going almost every day to the dump to see whether we would find more.” It was the outset for what would turn into a museum documenting the passage of migrants on the Italian island. Lampedusa has been an arrival point for migrants crossing the Mediterranean for decades given its strategic position closer to African coasts than to the Italian mainland. Migrants used to reach the island on big, overcrowded boats, but over the past few years, it is mainly smaller boats that approach the island and are then intercepted by Italy's Coast Guard or other military vessels and towed to shore.

Once at shore, the boats, and all their belongings, are impounded by the military authorities, until they can be eventually disposed of.

The problem is that there are hundreds of such boats, and disposing of them is expensive and lengthy because of bureacracy. Currently on the island there are two informal deposits of boats, one by the port and one in the western side of the island, in between a radar facility and an abandoned military area. The boats still carry the weight of the journeys, in some cases, with stuffed animals, abandoned shoes, and blankets left there. 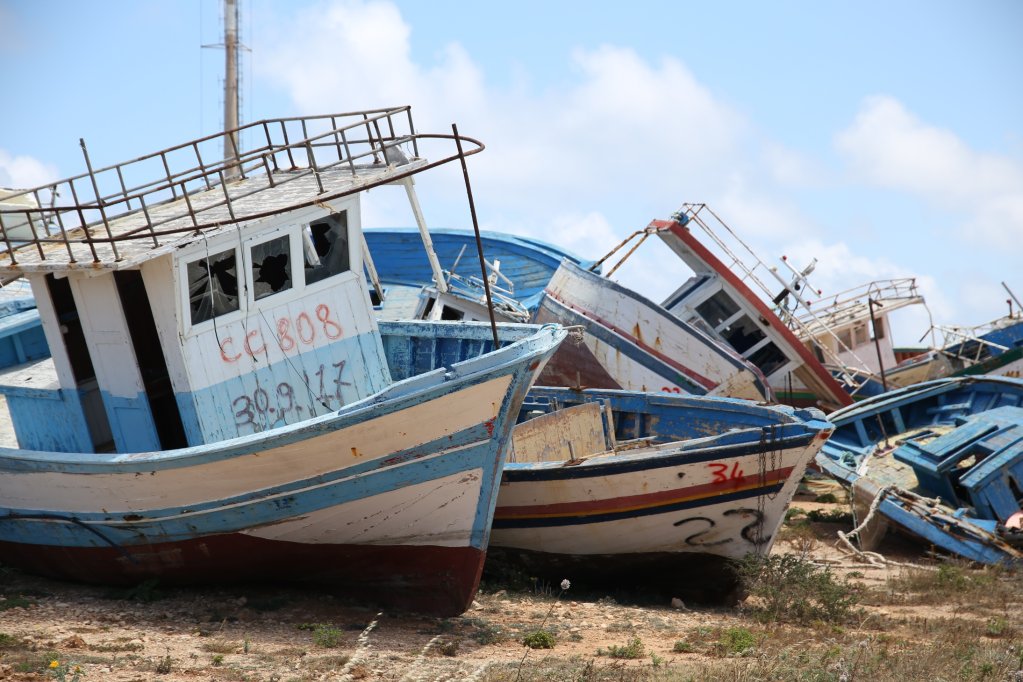 Totò Martello, the mayor of Lampedusa, said he can't touch the boats if they have been seized by the authorities. “We have no power,” he said. He added that he was keen to set up a migration museum himself, but said he did not have any clear plans yet.

Within this scenario, Askavusa took it upon itself to pay proper tribute to those who risk their lives in search of better opportunities.

“A lot has been destroyed. We started recovering these objects,” says Sferlazzo. “Memory is not neutral. It is a political act: you decide what to remember and what to forget.”

Askavusa set up a cultural center called PortoM, where M stands for memory, migration, Mediterranean, among others. “For us, it is fundamental to keep alive the memory of something that is still happening, with a critical perspective,” says Sferlazzo.

The permanent exhibition is located at PortoM. There are odd shoes hanging from the ceiling and life-vests on the walls, while most other objects are displayed on shelves, against the backdrop of aluminum thermal blankets – the ones that migrants are handed over when they arrive at the port after the journey. There are a packet of couscous and a can of baby formula, as well as pots, medicines and cans of sardines. 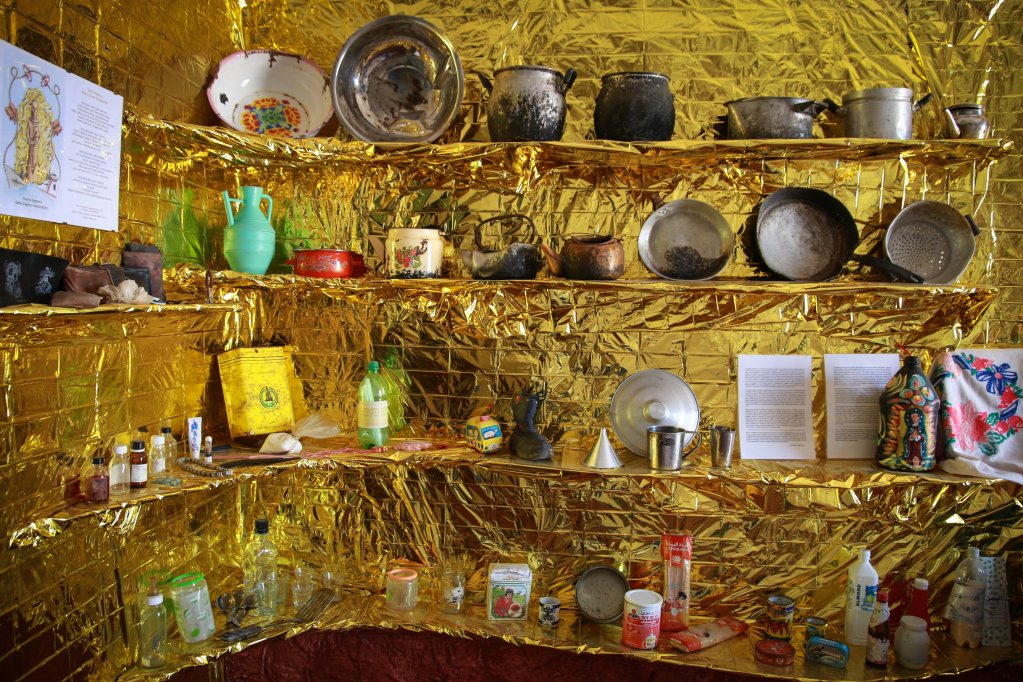 Not all objects were retrieved on Lampedusa. Some objects also come from the border region in the US and Mexico. Like  a black water jug and an embroidered tortilla cloth retrieved in the Arizona Sonora Desert. It was Abby C. Wheatley, a cultural anthropologist researching international migration, who added these elements to the collection to establish a link between the US-Mexico and EU-Africa borders.

But the most important objects are not exposed, says Sferlazzo: letters in French, English, Tigrinya, Bengali, Arabic, which they found abandoned in a plastic bag together with photographs and religious writings. Thanks to the help of translators, they managed to read some of these texts. Some were written by loved ones before the goodbye, while others were letters written by migrants on the road.

“For now it is best not to show the letters. It is best to keep them, to wait for them to mature, for times to change. Hoping that we will one day be able to truly elaborate such testimonies,” says Sferlazzo. Displaying them right now, he says, would be "a pornography of pain.”

Reminding visitors of the political contex

Askavusa, which means barefoot in Sicilian, was born in 2009 as a grassroots association and grew into having a significant impact within certain political dynamics on the island. Over the years, it received several offers by authorities and private foundations to make the museum bigger, and to make it official. But they decided to keep independent, says Sferlazzo. “For us memory is not just keeping alive what happened, but also trying to understand why it happened, who earned from it, who was killed in the process, who was exploited,” he says, explaining that they wanted to be free to highlight the political component of migration, no strings attached.

The migration exhibition highlights the political reasons that push people to take the illegal route to reach Italy. A sign explains the migration policies implemented by Italy and the wider European Union to keep people out of their borders. “People should be able to pay for a plane ticket and go wherever they want, or stay at home if they want,” says Sferlazzo. “But we have a militarized border. People who arrive are closed up in migration centers and sent back home or end up working like slaves."

By reminding visitors of this political context, Sferlazzo believes they can fight off easy sentimentalism, and turn art into something more useful.

“Nowadays there is a need to reflect, and that is why I think that art exhibitions should be places to reason, to reflect, to look at data,” he says.