Mahbuba’s Story: Caught in the crossfire

Mahbuba Jebin has been involved in politics since she was a student in Bangladesh. She was a member of the student wing of the current ruling party, the Awami League. For years she lived a life of privilege and power. However, her decision to marry a member of the opposition BNP party put her at odds with many in her own party. A campaign of intimidation started which led her to flee the country she loves and seek asylum in the UK. Despite all the difficulties, she continues to write every day.

Mahbuba arrives with a big smile, bearing a box of donuts as a gift. Even though she is the one being interviewed, it feels like she is the gracious host. Thousands of miles from where she was born, Mahbuba walks confidently through the crowds in London’s Whitechapel, leading the way to a Bangladeshi restaurant owned by someone she and her husband know. “He is in the same party as my husband,” she explains.

Even here, on another continent, the fierce divides of Bangladeshi politics and society are riven deep. “I wouldn’t just mix with everyone in the Bangladeshi community,” confides Mahbuba, “but here we are OK.” Mahbuba says she is never scared. But still, with people being killed and disappearing in her country because of their politics, beliefs or what they said or wrote, knowing who you can trust is important, she adds. The restaurant owner walks over immediately and settles us in a private booth near the back of the restaurant. Mahbuba orders some snacks and lassis and soon plates of fragrant, crunchy spicy snacks and cool milky drinks arrive on the table.

Mahbuba’s elegant bearing and ready smile do not immediately suggest that she holds a blackbelt in Karate. “You need to know how to look after yourself,” explains Mahbuba. Her brother and sister are blackbelts too and Mahbuba herself won gold medals in competitions when she was younger.

“My family is very modern,” she says. Her father was a “freedom fighter” in the war of liberation against Pakistan in the early seventies. “My mum and dad were also involved in politics. Leftist politics. I come from a cultural and liberal and modern family.“ 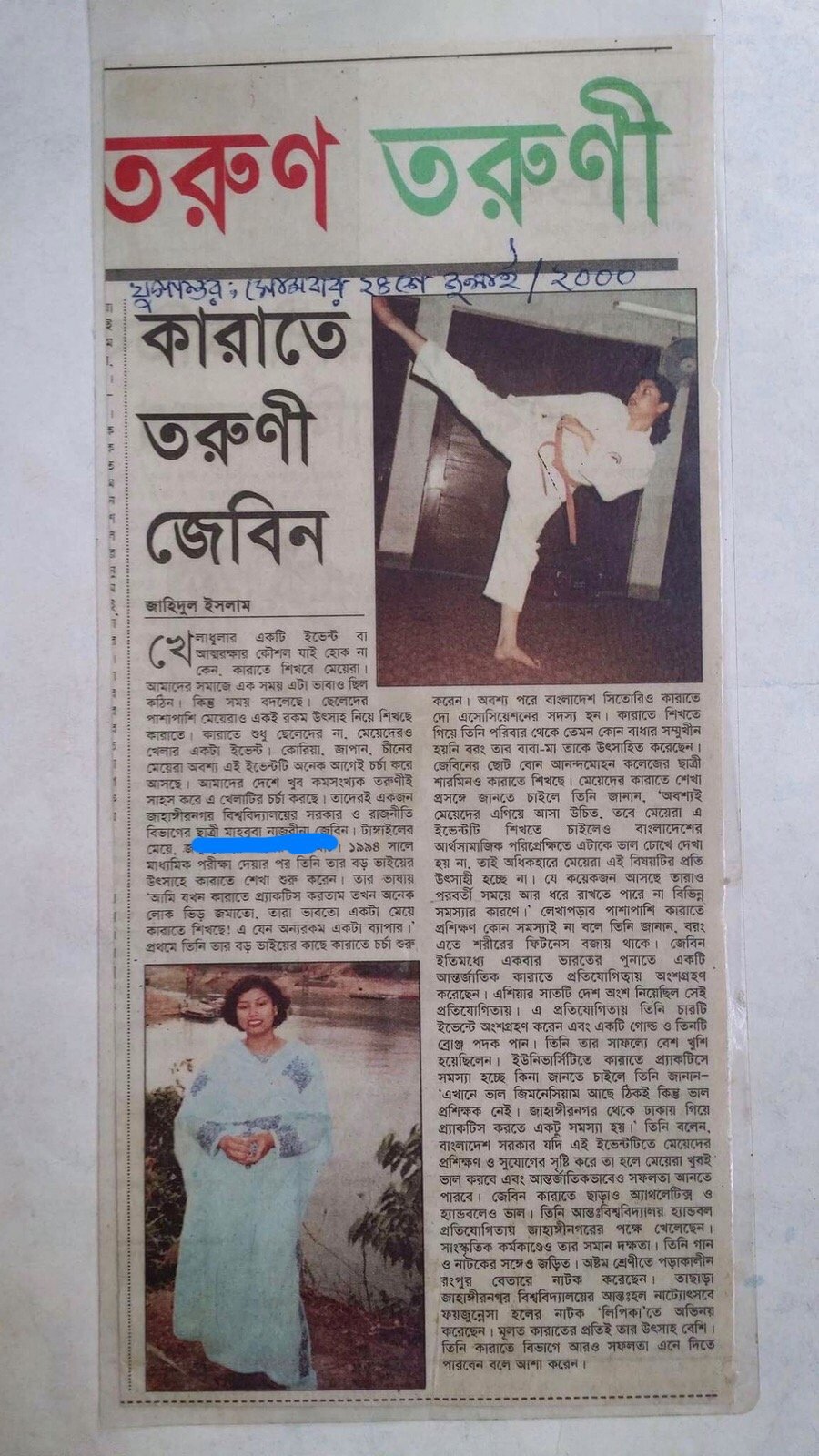 Mahbuba grew up with politics in her blood. Since the war of liberation, student politics has been incredibly important across Bangladesh. Many students fight hard for the parties they sign up to. Mahbuba was president of the student wing of her party, the Awami league (AL) at university. Her future husband was her counterpart for the Bangladeshi National Party (BNP) at the same university. She admits she was close to power and some of the top leaders who rule Bangladesh today.

“In Bangladesh, my life was very colorful. I was a journalist first of all. I was also a cultural activist. I worked against the violation of human rights and women’s rights. Life was good, but you could say things changed when I got married.” 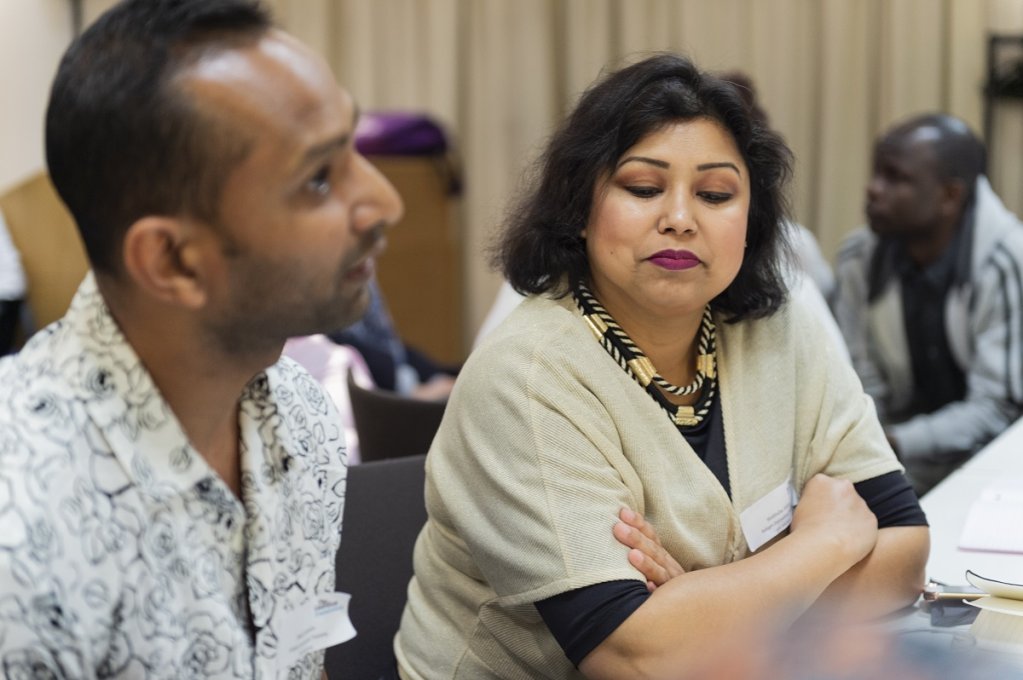 Mahbuba says that when she first saw her husband she wasn’t impressed by him at all. “I remember him [Pervez Mollick] as an unremarkable, thin man wearing sunglasses and a red t-shirt. He didn’t make much of an impression on me. There was a natural hostility between us as we held opposing political ideologies," she wrote in an article for The Guardian newspaper.

Gradually her impressions changed, she explains. This was partly fueled by the fact that for a few years, both their parties lost power as a military-backed caretaker government took over the country and outlawed many types of political activity.

The two of them decided to get married very quickly and eventually convinced family and friends that this was a good idea. Mahbuba claims they were feted by the local media when they married. “Through our relationship, they could see the beginning of the end of hostility between the two political parties.”

When the AL party came to power “things started changing quickly,” explains Mahbuba. She was seen as the enemy for marrying someone from the opposition.

She and her husband owned a garment printing business and a tailoring concern. These were taken away from them by “political thugs.” Then her teacher at university refused to sign off on her studies and Mahbuba ended up dropping out of university.

"I was so frustrated," she confides. "At that time I was writing about war criminals for major newspapers. I was fighting for women’s rights and human rights. I’m not a ‘so-called feminist’ but I fight for women’s rights. Some people don’t like this and they tried to harass me somehow.” 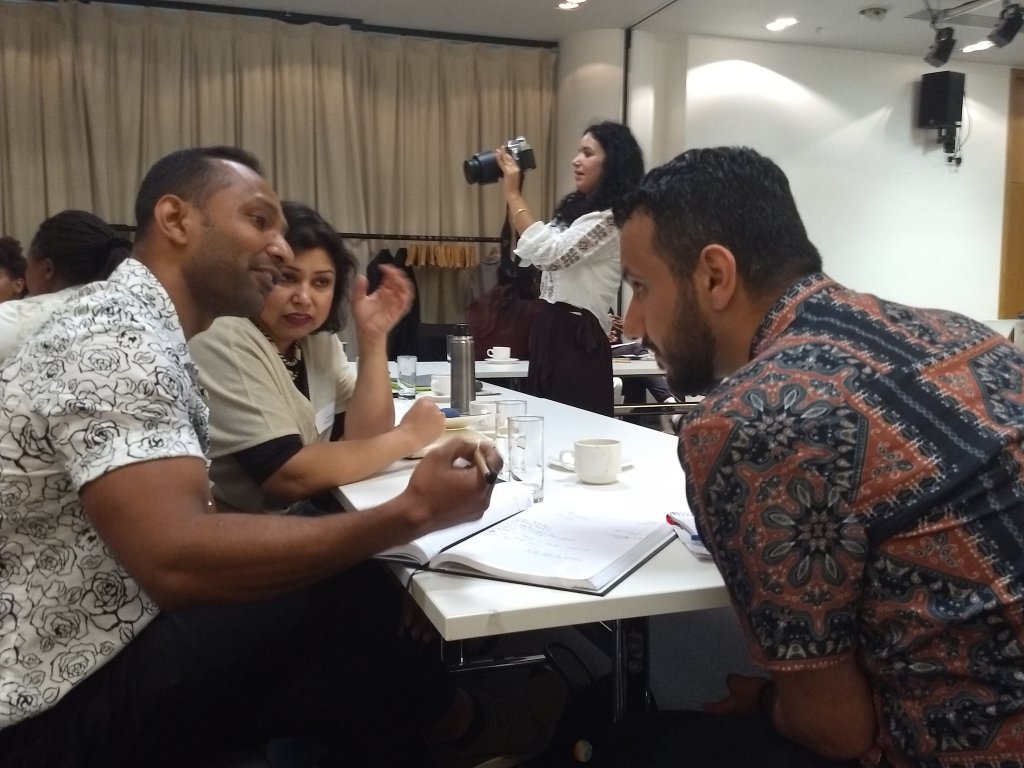 The harassment started with anonymous text messages to her mobile telling her to stop what she was doing. The messages progressively got more threatening. Still, Mahbuba says she wasn’t really afraid. “Actually, these threats didn’t really bother me at that time. I used to think, ‘Oh someone is sending an anonymous letter, who cares!’ I was not scared.” Undeterred, Mahbuba began work as a sports reporter.

Mahbuba hoped to dedicate herself to marriage and her job and ignore the threats. “It was my new world, new family, new people. I didn’t know anyone in my husband’s family. Even my husband wasn’t that known to me. Everything was new. I concentrated on my family. I felt I needed to know my new world. I enjoyed it a lot.”

But then people started disappearing, and the disappearances got closer and closer.

“They don’t announce their names. They take them from home or somewhere else and then they kill them. One of my husband’s friends was killed in this way.”

Mahbuba explains the man had been a fellow student leader alongside her husband. It happened when he and five others were on their way to meet Mahbuba in three rickshaws. “They stopped the middle rickshaw and they took this man […] into a minibus. They blindfolded him." It happened on the Dhaka University campus in broad daylight. They found out later that night what had happened. Sleepless, the group watched the TV for breaking news. Finally at 4 am, they saw scrolling across the ticker the words “killed by crossfire” and the man’s name.

‘Crossfire’ in Bangladesh, explains Mahbuba is a code for extra-judicial killing. “It has been happening for the last 10 years,” she adds. “This person was very close to my husband and then I started to be scared. We looked for a way to get out. First I tried New Zealand. Then I tried for the UK.”

Her husband's name was put on an arrest list. “It was a suffocating atmosphere,” writes Mahbuba. “I thought the walls around me were holding me down. Eventually, I stopped going outside. I forgot the morning sun and the silver color of the full moon.”

At the first opportunity she could, she obtained a student visa and began studying for an MBA (Master Business Administration) in the UK. After nine months, her husband followed. Arriving legally was very important to Mahbuba. The years that followed her student visa have been a “struggle” though.

Mahbuba says she finds it easier to adapt than her husband who is “homesick. He likes Bangladeshi food and life.” They have spent months waiting for new visas since they arrived which meant that Mahbuba couldn’t go back to Bangladesh when her father became sick. She was on the phone with her family as he was dying. "My brain stopped working. I was stunned. I cried all night. I didn’t know what I would do," she recalled in her article for The Guardian.

The threats continued even after arriving in the UK. On social media and via her telephone. Still, after Mahbuba gave birth to her son in the UK, she wanted to visit her family once more. “We visited for just 20 days,” explains Mahbuba, saying that she stayed off social media during the visit and tried to keep a very low profile. Nevertheless, one day during the visit, she was in a rickshaw with her sister on a quick shopping trip. “A person came up to us on a motorcycle. They were swearing and said ‘stop what you are doing. Stop writing, stop doing everything. Don’t think you are safe in London.” Mahbuba’s sister wanted to report it to the police. Mahbuba thought that would be pointless, then everyone would know she was in the country and rumors would quickly spread. Again, she says she wasn’t really scared but her sister reported the incident to the police anyway and her mother convinced her to travel that night across the breadth of the country to her parents-in-law’s house. They left Bangladesh soon after and then applied for asylum. “Things are getting worse and worse there,” says Mahbuba.

She calls the last election in December 2018 a “farce. It was not free and fair and the government does not have the support of the people.” Disappearances are commonplace and there is “no rule of law.” Rape is another thing on the rise. “Everyday women are being raped. No one is safe, from a three-month-old baby to a 91-year-old woman,” states Mahbuba shaking her head. “You just have to look in the newspapers, you are not safe anywhere, they can attack you in your home, at school, in prison, on the street. Recently a man was even stabbed in front of the judge in a courtroom.”

Women who Mahbuba says “call themselves feminists” have attacked her too from Bangladesh. They use her picture without permission and print photos of her husband and family all across social media. For their own gain, thinks Mahbuba as she scrolls through her phone pointing out all the articles with her picture where people are attacking what she says and writes about.

Struggling towards a brighter future

Mahbuba still hopes that one day she and her husband will return and that her country will improve. She has not stopped writing even though she has had to take many other jobs in order to get by. She has also continued battling for women’s rights and human rights from the UK and now volunteers help to victims of domestic violence in Britain.

She and a few other journalists in exile tried to start up an online newspaper from the UK but after having their website hacked twice they “gave up. After the second time I was just demoralized. It takes a lot of time to get everything back and it costs a lot of money,” explains Mahbuba.

Life for her in the UK is “different, more practical. In Bangladesh I could do what I like, not here. My family was a huge backup. Here, I am alone, there is no one to support me.” But these struggles do not deter Mahbuba. She describes herself, with a bright smile, as “a positive person. After I got involved with the refugee journalism project I [feel more] hopeful. I have a better network now and in future perhaps I’ll be able to work for the British media and I can write for Bangladesh as well, in my name, not just in a pen name. […] Hopefully the situation will change and people will be able to speak out [once more].”