In July, the Turkish authorities in Istanbul ordered Syrian refugees who were not registered in Istanbul to leave the city by August 20 and return to the provinces where they registered. Now, that deadline has been extended until the end of October. However, there are reports of many Syrians being forcibly removed and sent back to Syria.

“They told us things like, ‘don’t come back to Turkey’ and ‘go liberate your country,’” a 21-year-old Syrian called Mustafa told the news agency Associated Press (AP). Mustafa had been working in a shoe factory in Istanbul making army boots when “three policemen stormed in, asking if everyone had their papers. He and three other Syrians did not.”

Within a day, Mustafa and a busload of other refugees were driven to Turkey’s southern border and forced to go back to their war-torn country, AP writes.

Reports of Syrians being sent back by the Turkish authorities have been circulating for some time, amidst the build-up of anti-Syrian sentiment in Turkey. It is a charge which the Turkish authorities deny. AP reports that Ramazan Secilmis, an official with the Directorate General of Migration Management, said that “337,000 Syrians have voluntarily returned over the course of the war to Turkish controlled zones in northern Syria.”

However, in a July report, Human Rights Watch claims that the Turkish authorities “are detaining and coercing Syrians into signing forms saying they want to return to Syria and then forcibly returning them there.”

In total, Turkey hosts about 3.6 million Syrians. In recent months, there have been increasing reports of attacks on Syrian people and Syrian businesses already established in Istanbul and across the country.

According to figures by the Interior Ministry, there are around half a million registered Syrians in Istanbul. The city's new mayor, in contrast, has said there are one million Syrians living in Istanbul. The deadline issued by the city's governor in July ordered all Syrians who aren’t registered in Istanbul to leave the city and relocate to other Turkish provinces. The German news agency DPA quotes the Turkish interior ministry saying that the deadline might “affect up to 300,000 unregistered Syrians.” Other news organizations have estimated between 500,000 and 1 million Syrians might be affected. Many of these Syrians originally registered in other Turkish provinces and then made their way to Istanbul where, in theory, the prospects of work and a larger Syrian community are better. 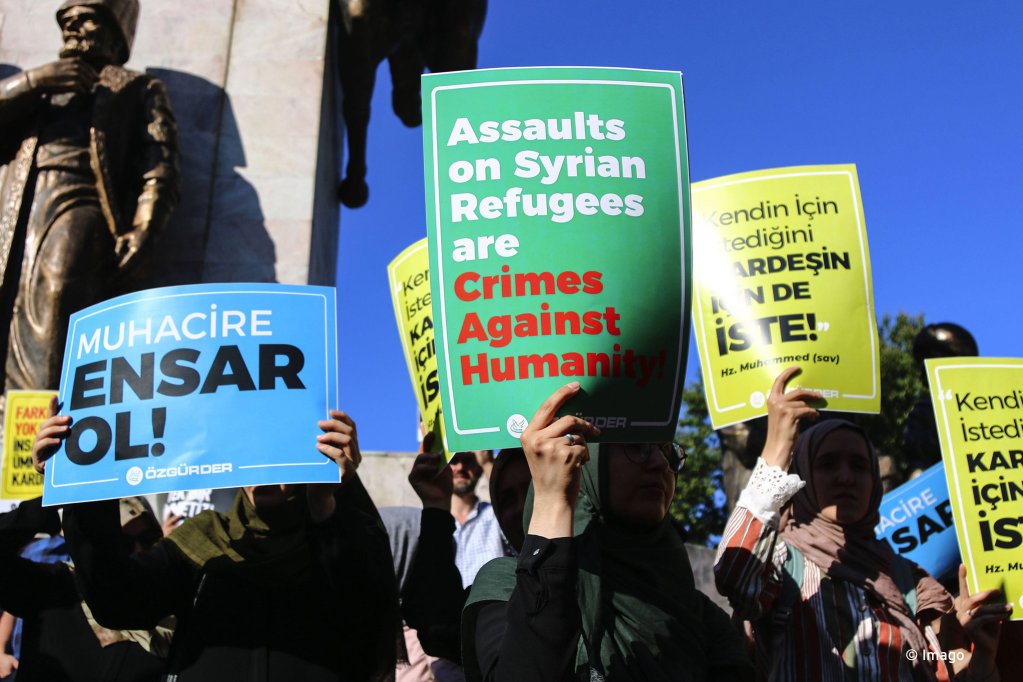 The refugees who are officially registered in Istanbul should carry their passports and identity documents with them at all times, the governor said. Checks at bus and train stations can be expected. Human Rights Watch also notes the “increase in police spot-checks” on Syrians.

“Turkey claims it helps Syrians voluntarily return to their country, but threatening to lock them up until they agree to return, forcing them to sign forms and dumping them in a war zone is neither voluntary nor legal,” said Gerry Simpson, associate emergencies director at Human Rights Watch. 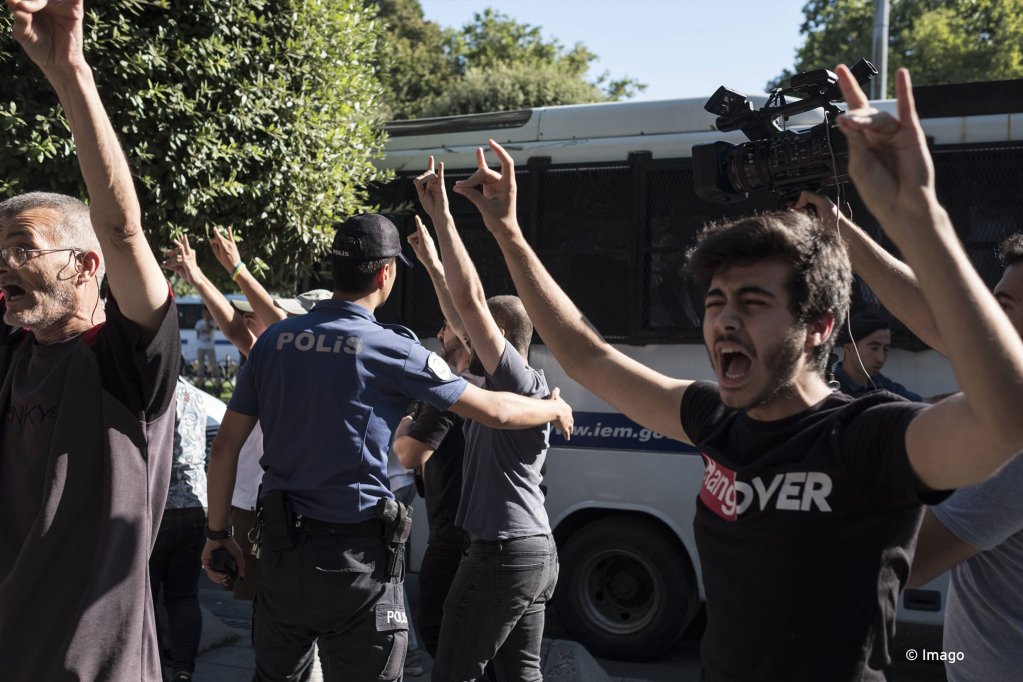 According to Human Rights Watch, some Syrians rounded up recently were put across the border between Turkey and Syria into the last disputed area of Syria, around Idlib where there are still violent clashes and frequent deaths. Save the Children have noted that the Syrian-Russian military alliance fighting in Idlib “indiscriminately bombs civilians and uses prohibited weapons, resulting in the death of at least 400 people since April.”

In late 2017 and 2018, Human Rights Watch notes that Istanbul and nine other provinces on the border with Syria “suspended registration of newly arriving asylum seekers.” These people were then prevented by Turkey’s travel permit system from leaving the border provinces where they entered to register in other parts of the country.

Now many of those Syrians who have been living unregistered for years in Turkey are finding themselves sent to camps when they do try and travel across the country or attempt to leave via the Mediterranean for Greece. Human Rights Watch found that some of the men were intercepted by the Turkish Coast Guard or Turkish police and sent to detention facilities within Turkey before being “coerced into signing voluntary repatriation papers.” Beatings and verbal abuse were frequently reported by detainees before their deportation too.