Pia Klemp has rejected Paris' most prestigious civilian award, the Grand Vermeil Medal. She and compatriot Carola Rackete were offered the prize for their efforts in rescuing migrants in the Mediterranean.

German captain Pia Klemp has turned down a humanitarian prize from Paris' city hall, accusing the French capital of hypocrisy over the treatment of migrants and refugees.

Klemp, along with fellow German Carola Rackete, has overseen the rescues of hundreds of people from the Mediterranean and both were recognized for their efforts in July when they were awarded the Grand Vermeil Medal.

However, Klemp has subsequently turned down Paris' highest civilian award.

"We do not need authorities deciding who is a 'hero' and who is 'illegal,'" Klemp said in a statement posted to Facebook.

Referring to city mayor Anne Hidalgo, she wrote: "You want to award me a medal ... because our crews 'work to rescue migrants from difficult conditions on a daily basis.' At the same time your police steal blankets from people you force to live on the streets while you suppress protests and criminalize people who defend the rights of migrants and asylum seekers."

A City Hall spokesman said officials would be getting in touch with Klemp over the affair.

"The City of Paris is fully mobilized to support the refugees, to shelter them and ensure a dignified respect for their humanity," the mayor's office told news agency Reuters.

The French capital awarded the skippers after Rackete's plight became a global story when she was arrested due to colliding with an Italian customs police boat while docking at the Italian port of Lampedusa. The rescue vessel had 40 migrants on board at the time after the Sea-Watch 3 had rescued them off the Libyan coast.

Klemp, meanwhile, has been under investigation in Italy since one of her ships, the Iuventa, was impounded in Sicily in August 2017 by local authorities. She is accused of assisting illegal immigration. 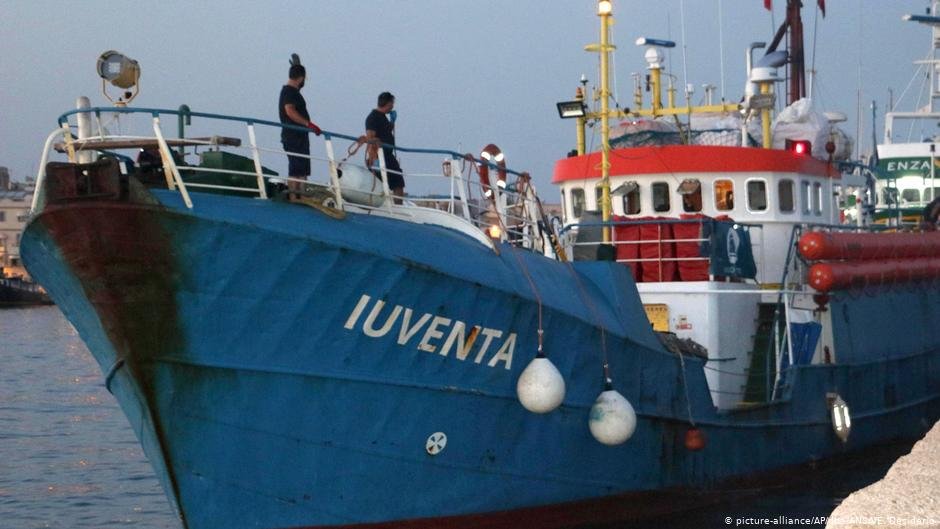 Facing up to 20 years behind bars, Klemp told media outlet Basler Zeitung that she would fight the allegations all the way to the European Court of Human Rights if necessary. The Bonn native also accused Italian authorities of organizing "a show trial."

As a result, hundreds of thousands of people signed a petition in her defense, demanding Italy drop criminal proceedings against her and other crew members.

Italy's Interior Minister Matteo Salvini, who heavily criticized the actions of Rackete in particular, had expressed his dismay at the award.

"Obviously the municipality of Paris has nothing better to do," Salvini said.