Refugee Tales: 'They never cease to shock me'

Famous writers and poets who listen to refugees’ tales and then turn them into accounts or poetry to relay them to the general public -- that's the concept behind the Refugee Tales book series. Now on its third edition, the tales are based on a series of walks which began in 2015 in order to raise awareness about the situation of many refugees and migrants in detention in the UK.

If you were told that there were people being detained without a charge in the UK for indefinite amounts of time, would you be surprised? Campaigners like the independent Liberty organization say the practice of indefinite detention is happening in the UK and can potentially affect anyone with an immigration question hanging over their head, even if they have not committed any other crime.

The UK is one of the few countries in Europe to pursue this policy. Very few people know this is going on in their own country. That’s why literature professor David Herd and Anna Pincus from the Gatwick Detainee Welfare Group came up with the idea of listening to detainees‘ stories and compiling them in books – the Refugee Tales.

“There was a sense of deep frustration that people’s stories were being heard in the detention center and almost nobody in the UK really understood that the UK was practicing this policy of indefinite detention,” says Herd, who teaches modern literature at the University of Kent and is a poet and writer. The project Refugee Tales got going with a march in 2015, when migrant aid workers and activists walked from a detention center in Dover to the Gatwick detainee center in Crawley, southern England.

Along the way, the stories of some of those detained in the centers were told. Former detainees walked alongside those who were interested in hearing more about the experiences of those detained.

It’s those stories that are turned into writing by poets, authors, and sometimes by the detainees themselves. Each tale in the Refugee Tales recounts a different person’s experience. From the Stateless Person’s Tale to the Orphan's Tale, the Foster Child’s Tale, The Volunteer’s Tale, The Dancer’s Tale, The Fisherman’s Tale, The Expectant Mother’s Tale and The Pruner’s Tale. What they have in common is that they have all been, or still are, subject to the policy of indefinite detention within the UK.

“We hear in these stories the realities of the hostile environment [of detention], the human costs of a system that disregards rights, that denies freedoms and suspends lives,” the Refugee Tales editors Herd and Pincus explain.

The third and most recent edition begins with ‘The Stateless Person’s Tale‘, recounted by writer and lecturer Abdulrazak Gurnah.: "You ask how long I have been here. This is now my twelfth year, and sometimes I have to count more than once to be sure I have the right number."

The tale continues: “I have been coming and going between the Home Office and one office after another in all that time. When I say Home Office, I don’t mean I go there or meet anyone, I just receive letters. Do this, do that, otherwise. They don’t like it if you don’t cooperate, let alone if you dare to disobey. Everyone knows that behind the letters there is a list of threats, withdrawal of privileges, detention, deportation.”

This man‘s story was also in the first edition of the tales. In volume one, his story appeared under the title, "The Arriver's Tale." In all that time since 2015, the man, who is now 59, has had no resolution to his case. He does not even have official recognition of his statelessness. 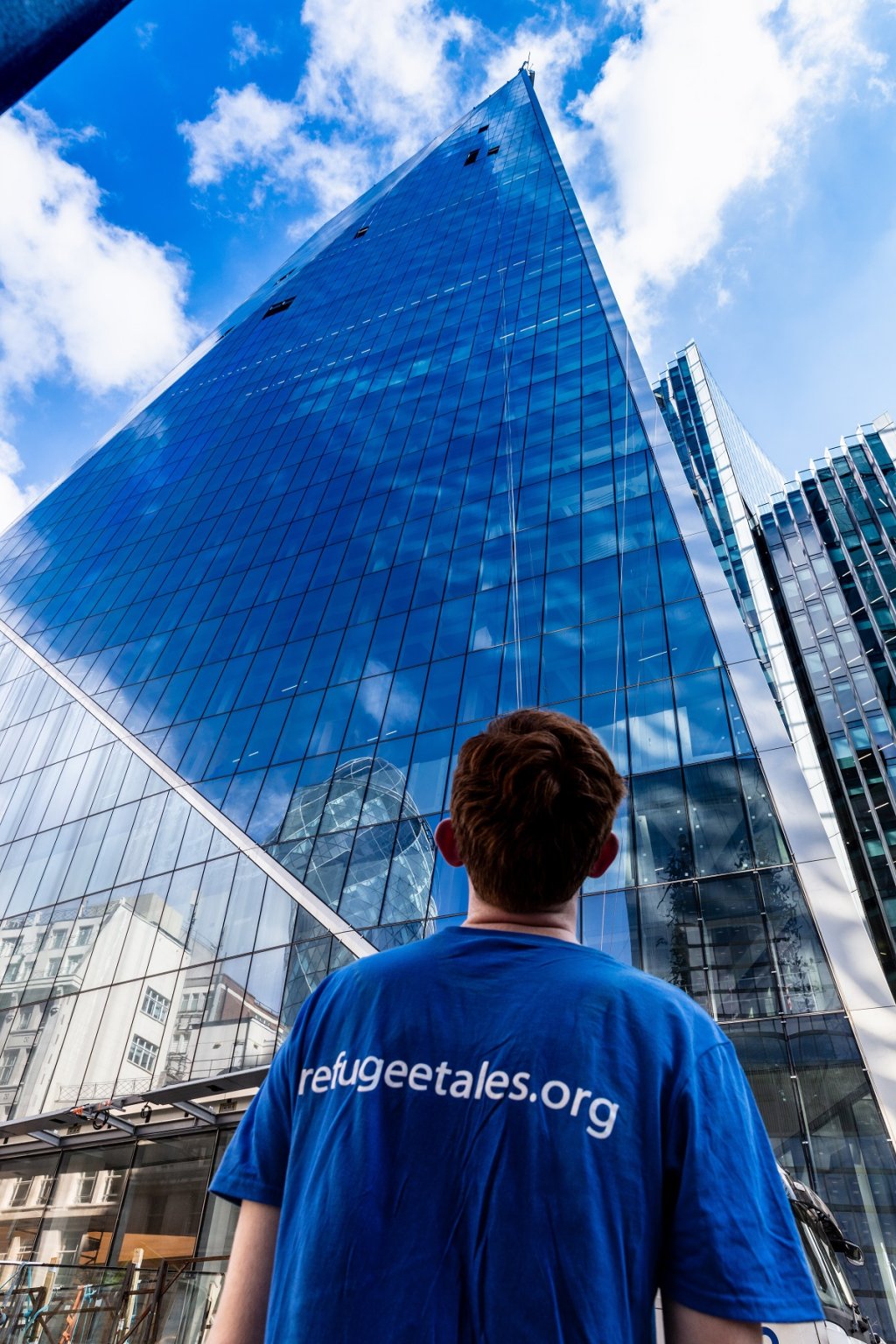 He has no documents from the country from which he fled but he has also not been recognized as stateless by the UK. “If they were to recognize him as stateless then they would have obligations to him," thinks Herd.

This is why Herd wanted to feature the stateless man’s story again: to underline how long some people wait for a resolution, which might never come.

“People are being brutalized by the hostile environment and by detention. They respond accordingly and they feel accordingly,” continues Herd. In the case of the ‘stateless person’ he is “deeply angry and deeply despairing about the way the UK has treated him.”

The frustrations are clear as the tale ends. “Why is the Home Office so wicked?” asks the man. “What have I done that they are treating me like this? If they turn me down this time, I’ll pack my bag and go to the Home Office and tell them to send me where they want, even if it is only to dump me in the middle of the ocean.” The Refugee Tales group hopes that by continually drawing attention to the effects of indefinite detainment policies, they can get the law changed. Some walks have headed for central London so they could bring the tales directly to the politicians.

All opposition parties were already signed up to removing this policy at the last election, “the critical thing has been to take the question to Conservative MPs and keep plugging away and saying ‘this is a breach of human rights, what are you going to do about it?” says Herd passionately. “As things stand enough Conservative MPs have committed themselves, at least verbally, to ending that policy, so if there were to be a vote tomorrow there could be reasonable optimism that the vote could be won,” thinks Herd.

Currently though,“ the UK detains people indefinitely under immigration rules. Bail hearings go unrecorded, people are picked up without notice; individuals feel abandoned in detention centers with no way of knowing when they will be released,“ the book explains.

In July, the group embarked on their fifth walk, winding their way through the Sussex countryside, near the sea. Although the routes change each year, this year “we wanted to walk the border,” says Herd. 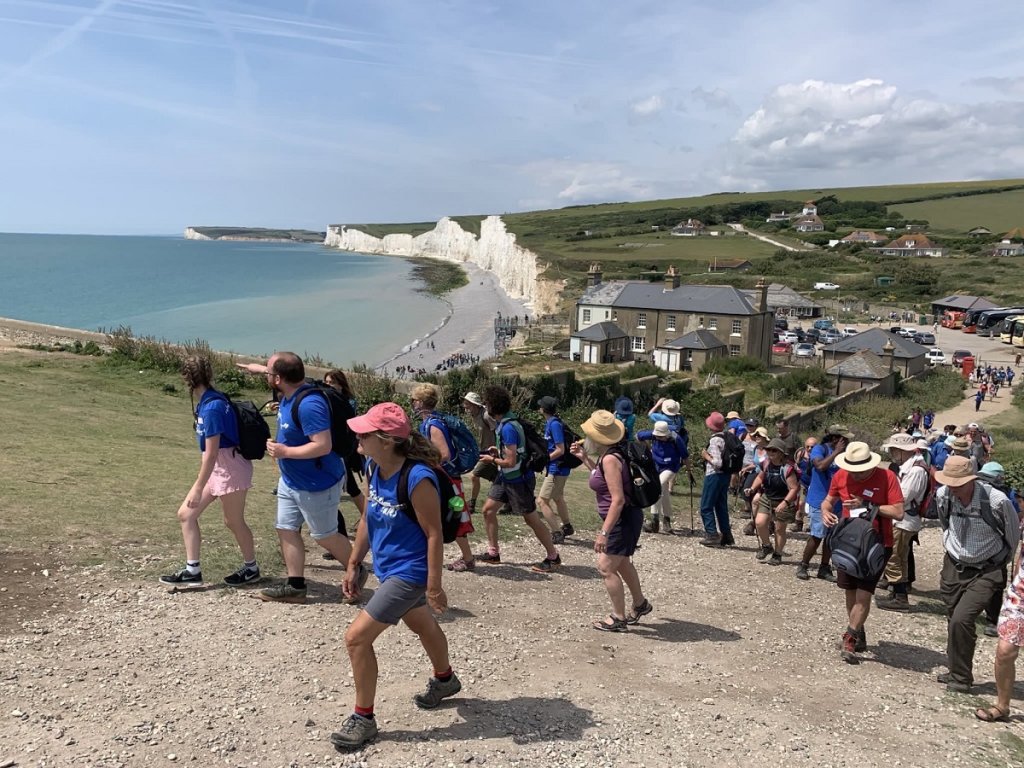 As well as the tales themselves, the group organizes a series of talks. This year’s theme was “beyond borders” in order to encourage people to start thinking about how they can break down this idea of borders and move beyond it.

In fact, there were more people walking than ever this year. Herd estimates that 90 people walked the whole five days and covered a distance of about 110 kilometers. On some days, there might have been as many as 200: “It is striking when you see 200 people and a good number of them have experienced detention. There is a huge amount of momentum in the project,” thinks Herd. 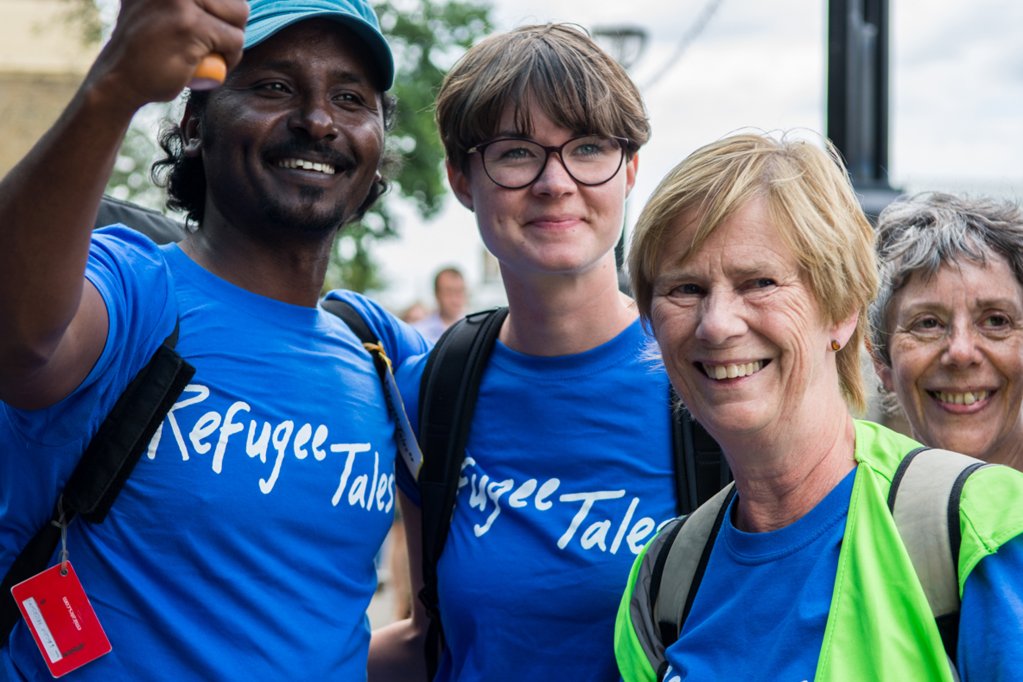 The tales have never ceased to shock Herd. “It is always shocking and always dismaying to read how people are routinely abandoned to this administrative limbo.” Some people do get leave to remain but unfortunately, Herd explains: “There are some people who have walked with us for the whole five years and their status still hasn’t altered at all. So they are not currently detained but they are still in limbo. As they would describe they are ‘externally detained’ [in that] they still don’t have the right to work, they still have to live on the minimal release that the government allows them, they are forced to shop only in certain outlets and they can’t travel freely.”

“The hostile environment is constantly shocking and the sense of shock gets deeper and deeper as it gets into people’s lives," Herd says. 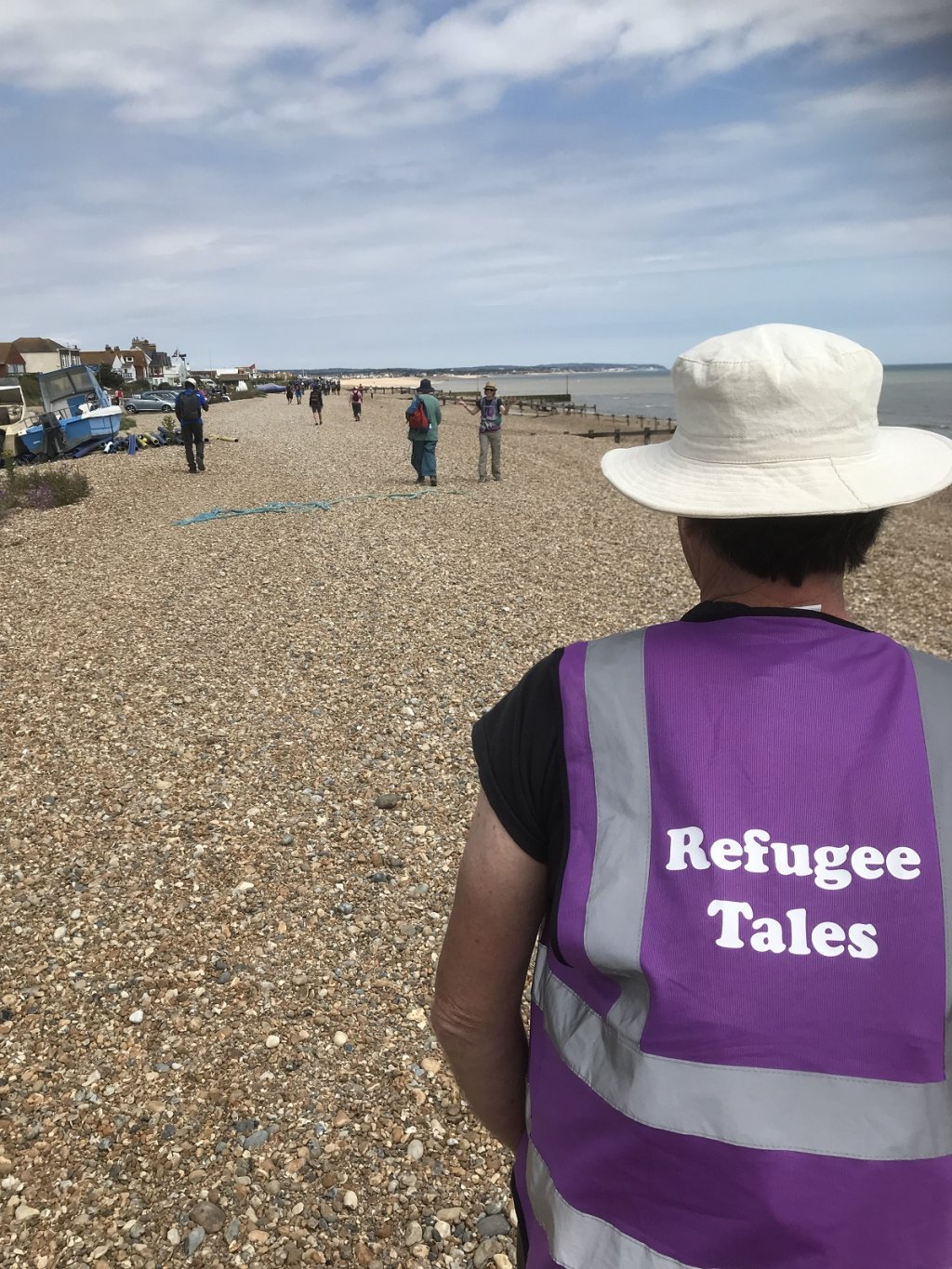 Although he doesn’t want to make big claims about how the project might help, he will say that he hopes that the project helps to alleviate some of the alienation felt by many migrants and asylum seekers who have experienced detention.

'Refugee Tales III (ed. David Herd and Anna Pincus) is published 11th July 2019 by Comma Press. Refugee Tales is an outreach project of Gatwick Detainees Welfare Group, and all proceeds from the books go to GDWG and Kent Refugee Help. The book is available from http://www.commapress.co.uk and all good retailers.