‘A radical act’: Fighting to end indefinite detention in the UK

The UK is one of few countries in Europe to implement a de facto policy of indefinite detention for immigration cases. The Gatwick Detainees Welfare Group (GDWG) is one group calling for an to end that policy. It was set up almost 25 years ago in Crawley near Gatwick Airport. As well as campaigning, its volunteers visit those in detention and try and provide help in their cases.

Tucked away, not far from the roar of planes at Gatwick Airport, in the commuter town of Crawley in Sussex, on a leafy close you can find the offices of the Gatwick Detainees Welfare Group. There are no big signs to advertise their presence. But, in a small red-brick business park behind a heavy door with a numerical passcode, they are there, working away. The offices are small; stacks of paper and big files are balanced on desks, bookshelves and cabinets around the room.

Anna Pincus is now the director of the group. She opens the door with a wide smile and sets about making a cup of tea. An air of quiet industry hangs in the air. The humanitarian values Anna espouses shine through her polite manner. One gets the impression she takes every case seriously and every person she meets would be afforded respect and treated with humanity.

“I started as a visitor and I found [the detainees’] stories inspiring, how they cope with the most difficult times,” she says with a warm smile. 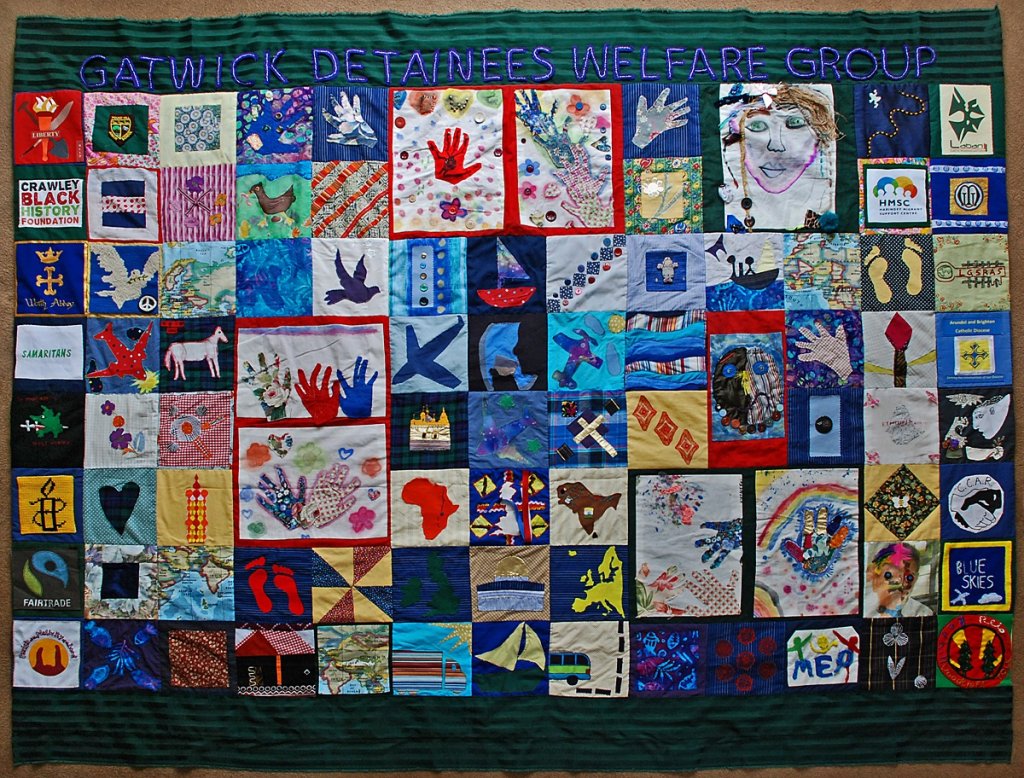 ‘The process is dehumanizing’

When the group was set up nearly 25 years ago, in 1995, they were visiting maybe 30 or 40 people in a small building near Gatwick Airport called “the beehive,” explains Anna. She herself joined 13 years ago. Today there are nearly 700 people kept in two detention centers, Brook and Tinsley. Mostly men, women are kept in a center in east Anglia. There is a facility at Tinsley where families can be held for up to 72 hours.

Anna uses words like “daunting” and “overwhelming” to describe walking inside. 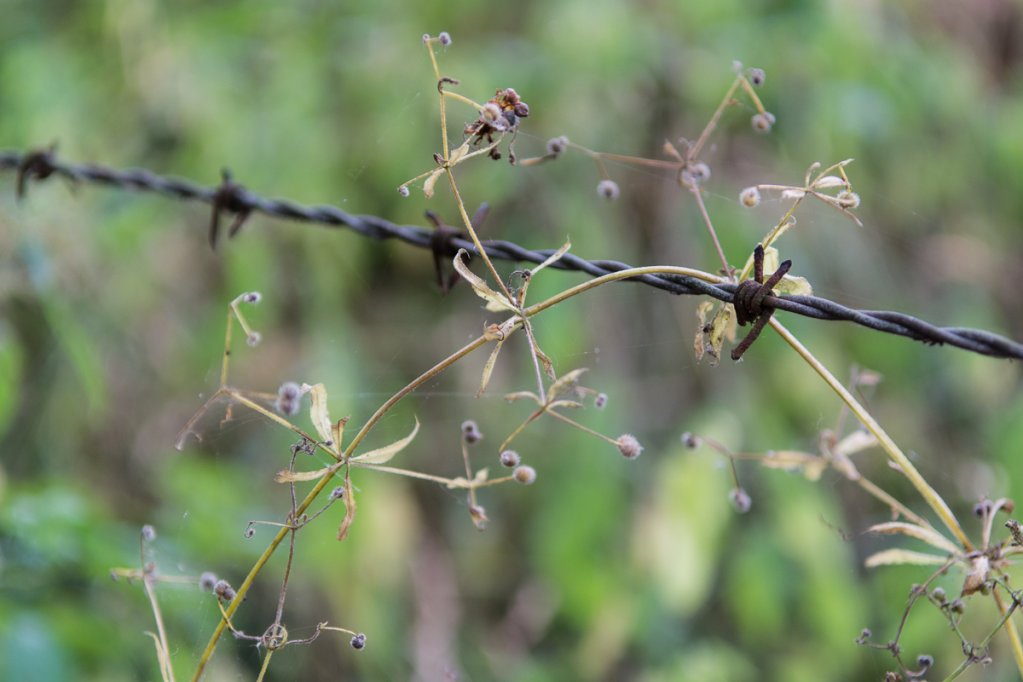 Indefinite detention, thinks Anna, denies people “due process and the rule of law. […] Once you have denied them those basic rights all other mistreatments become possible. We have seen that in history, that’s why drawing a line and demanding a time limit becomes crucial.”

A telephone rings and one of the case workers, Daniel, gets ready to leave for the detention center.

After just over a year working with GDWG, Daniel thought it would be hard to continue being shocked by the stories of those he visits. But recently, something did stand out: “I [came] across multiple British citizens who have committed a crime; and on the basis of their ancestry, the Home Office wants to deport them back to the country of their ancestors.” He calls this idea “ludicrous!” Many of them have had little or no contact with these countries and have no support network there. 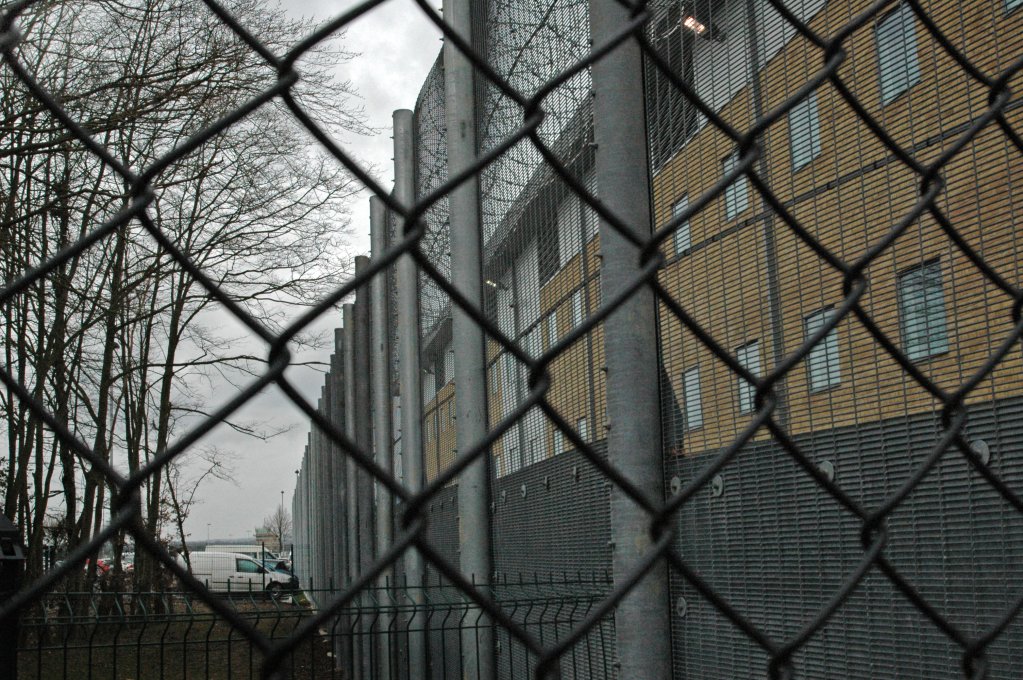 Detainees, explains Daniel, are “locked in their rooms regularly. There are activities they can do but you have to book these far in advance and many of them don’t do that because they think they will be leaving soon.” Inmates get three meals a day and they can book a “cultural kitchen,” if they want to cook food from their homeland.

Daniel cannot access all of the center but says that he can hear the detainees playing sport sometimes. He also mentions language classes and a library. The problem, he has found is that “all those things are reliant on a person having the right space of mind to go and do those things and be among strangers. I meet so many people who are so depressed they don’t want to leave their room.”

Daniel has a background in the mental health profession and he tells those he visits that inactivity can make their situation worse mentally but it is often hard to convince people to get involved in any activity. The indefinite nature of the detention period has a huge impact on inmates mental health. 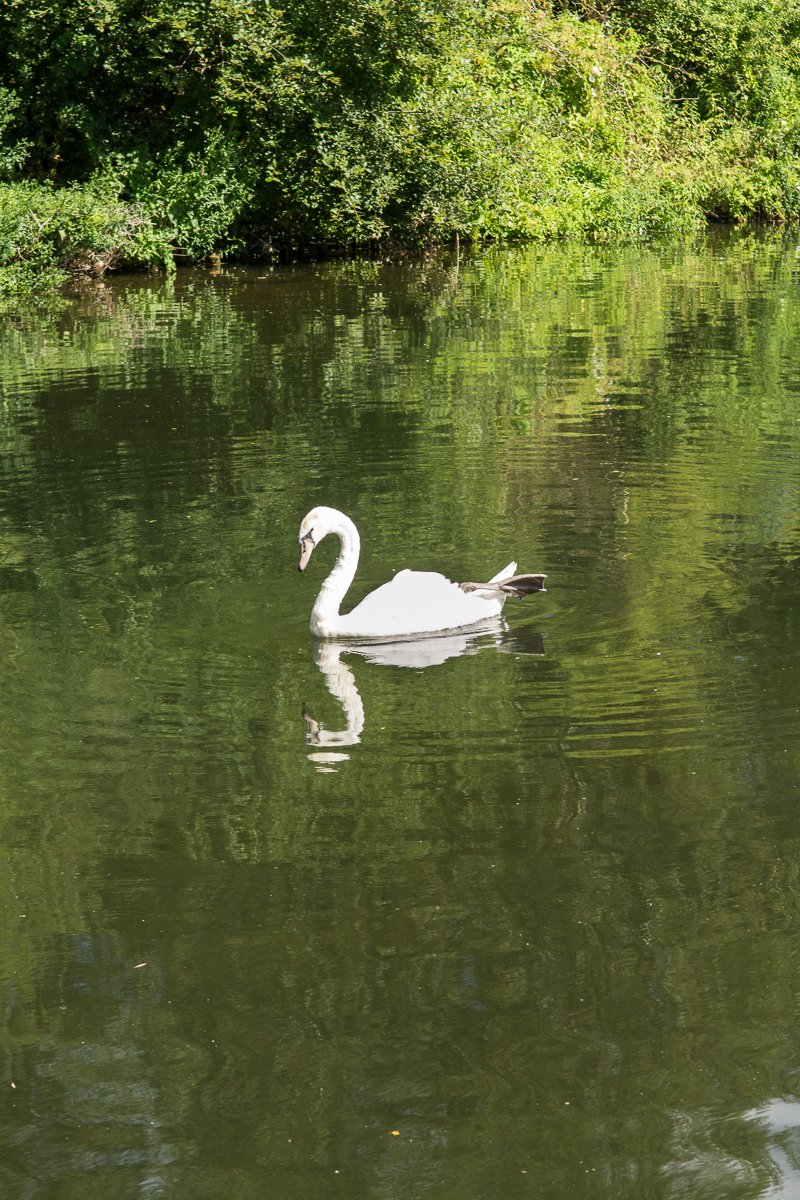 People in the centers who have committed crimes are mixing with those who have not. Many of those crimes are “very minor,” says Daniel hastily. He has come across some murderers and rapists but most might have just been working without papers or perhaps committed theft due to necessity. One man, he remembers had been sentenced for possessing an offensive weapon. “He was a construction worker,” says Daniel, “he just didn’t know that you couldn’t carry a Stanley knife in your pocket.” Nevertheless, for the “gentler types” this mixture can increase levels of anxiety.”

You don’t need to have committed a crime to be detained, the GDWG underlines. Another caseworker, Karris, explains that if you have already served your sentence then it is still unfair to effectively be “punished twice” by being detained because you happen to have a foreign background. 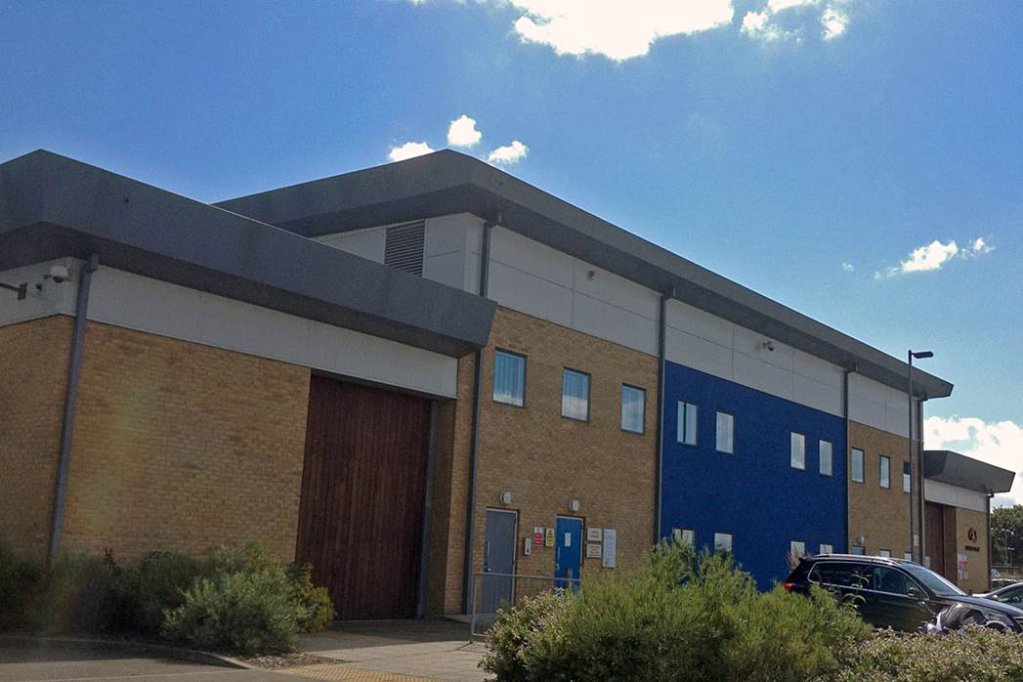 The experience of detention is “traumatic,” states the GDWG website. “People are held for indefinite periods which have a terrible impact on the mental health of those detained.”

Katie is the parliamentary officer at GDWG and a former solicitor. She started as a visitor with the group and now lobbies MPs to end indefinite detention.

As well as moral support, the visitors try to help with small practical needs. Katie also describes traveling to London sometimes for bail hearings to be "a person in the room" even if she is not allowed to intervene in any way. (Most inmates 'attend' their bail hearings via video link from the centers.)

“Doing that is deeply shocking to me, what is being called justice. In the course of my work, I have never seen anything like immigration hearings. The video links often don’t work. You can’t hear someone who is trying to give evidence on their own behalf. Sometimes the prosecuting barrister will plough on and a ruling will be made on that basis.”

Some might be detained for a matter of hours, others for days, weeks, months or even years. The longest anyone has been detained in the UK is nine years according to the group. One of GDWG’s latest campaigns #28for28 calls for indefinite detention to be outlawed and a limit put on any detention period of 28 days. In the campaign video, British actors and writers read statements about the law, saying that “more than one person a day requires treatment for self-harming in UK detention centers.” Another, that in one year between November 2016 and 2017 there were ten deaths in UK detention centers. The video states that it costs 34,000 pounds per year to detain a person and that the detention system across the UK costs “140 million pounds to maintain.”

‘Stripped of their dignity’

Katie is convinced it is possible to end this. Even the Home Office, she points out, offers no real justification for the policy because they don’t say that they are practicing it. They just say that they will detain someone for “as long as is necessary.” Katie raises her eyebrow delicately. “It is hard to explain the system when there is no system,” she says. “You should only ever be detained when your case has been resolved and immediately prior to deportation. That is how it is supposed to work but we know that it doesn’t work like that,” Katie concludes. Some of the men she has visited have had pending cases for over ten years. They haven’t been able to work during that time and Katie notes that they have been stripped of their dignity because of it. “They are very proud men, none of it is fair, none of it is fair,” she says quietly shaking her head.

She thinks the group is “closer than they have ever been,” to winning political support. They are hoping for a vote in the autumn. After years of campaigns, they have cross-party support. But you can never know how they might vote on the day. Katie’s biggest worry is that politicians will draft the law themselves, going for the populist decision where those who have committed crimes could still be subject to indefinite detention. She thinks it would be much harder then to argue the case to outlaw the practice for that group as essentially you are splitting the group into “good migrants and bad migrants.” 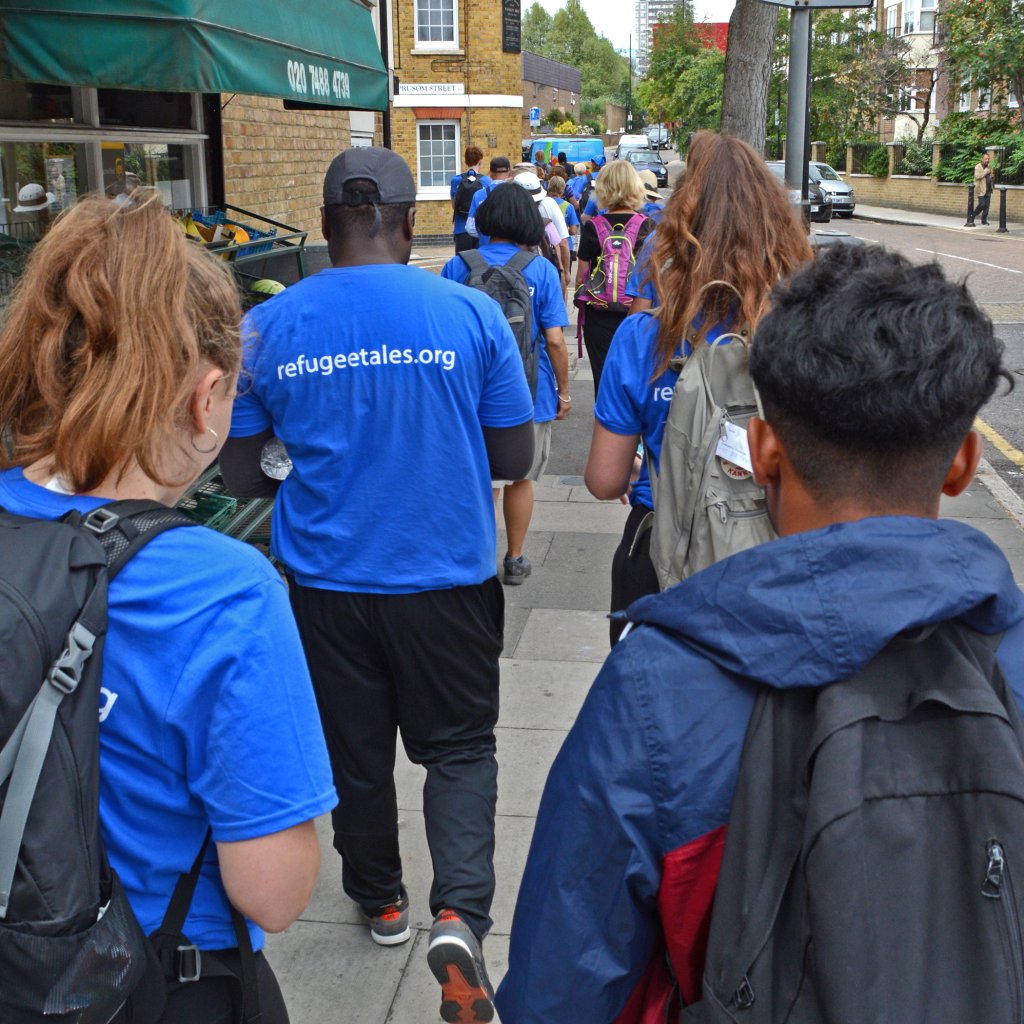 Karris is the advocacy coordinator at GDWG. She started work in February 2019. She had volunteered for various charities whilst she was at university. “I knew what immigration detention was like but I don’t think you really realize the gravity of it until you are working full time in this area,” she says with feeling.

She runs through cases which have touched her; the story of a man who had been tortured in his country of origin. He couldn’t sleep at night in the center, she remembered as he was tortured by flashbacks from earlier treatment. He was only able to sleep in the day “when he felt safer.” 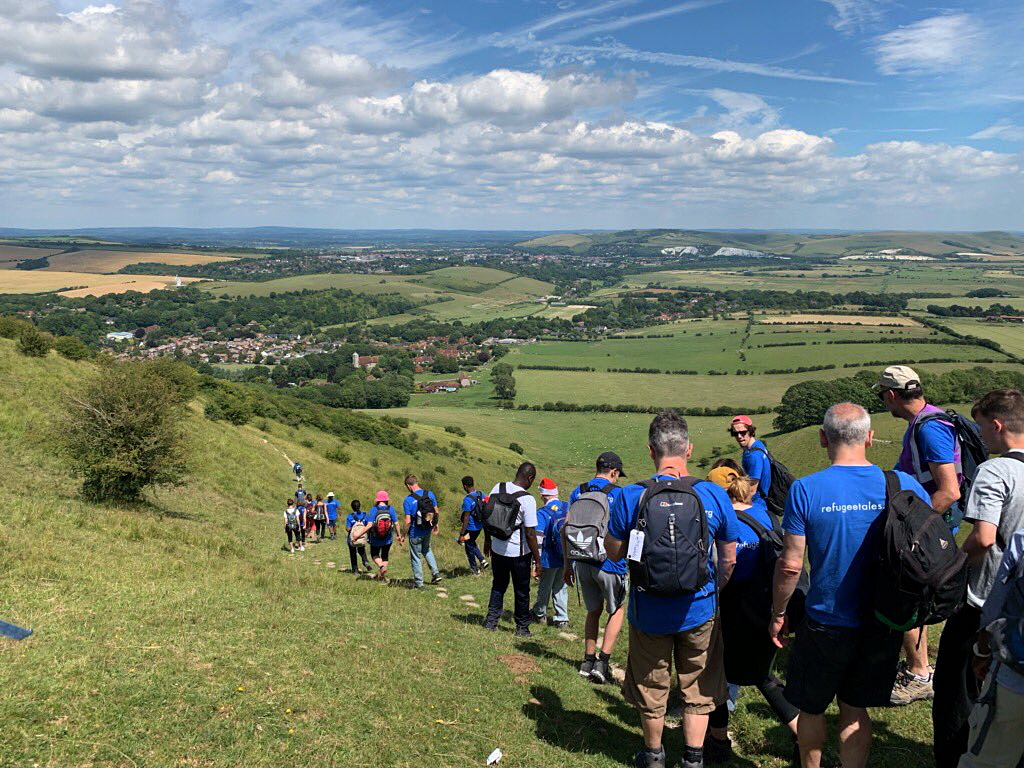 Another man went on hunger strike and the Home Office still tried to deport him. They did manage to stop the removal but Karris asks angrily: “If someone hasn’t eaten for two weeks are they really in a physical state to go through that process?”

Ironies in the system

“That’s the most shocking thing,” thinks Karris. “Immigration detention centers are called immigration removal centers. They are designed for people to be removed from the country. We are seeing over 50 percent of people released back into the community. So it is not working efficiently even by its own standards."

39 percent of all asylum applications which are refused by the Home Office first time round are then, on appeal, accepted. 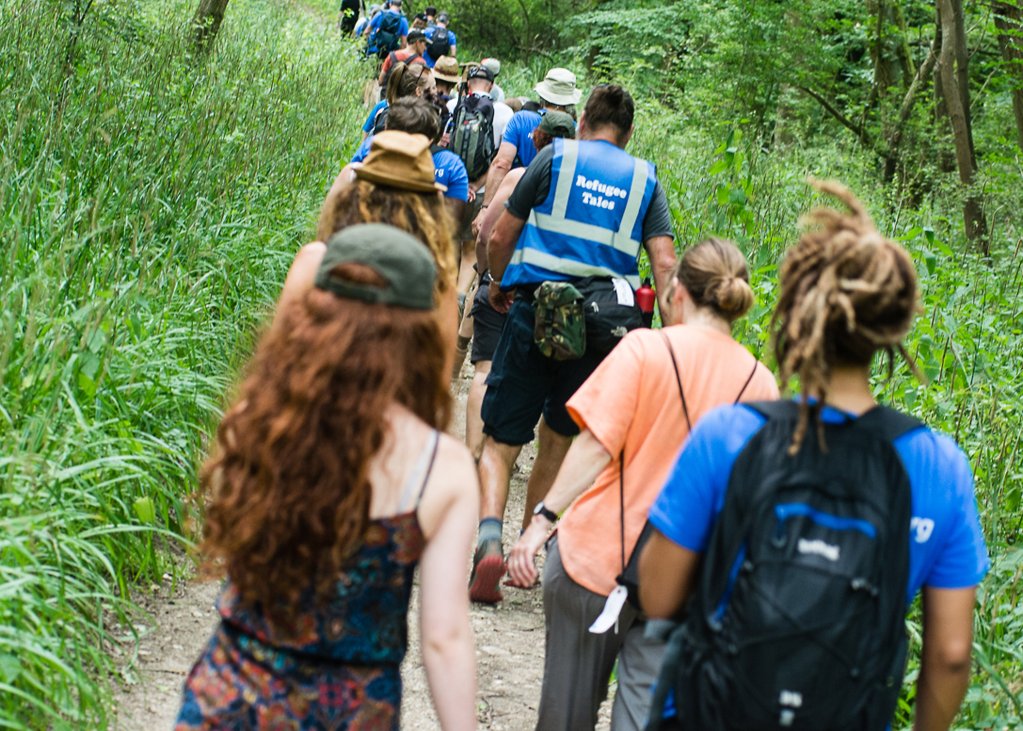 The visitors are needed because even when someone has family or friends in the UK, they might not have the requisite two documents to be allowed into the center. Groups like GDWG help reduce isolation for detainees.

Daniel says that one of the reasons he works with GDWG is to “present a welcoming face to contrast the hostile environment.” He says he believes very strongly in freedom of movement and has himself lived in several countries. “We want people to know that we do welcome them. For them to know they are welcomed by someone, even if not by the government, can be very powerful,” he concludes. 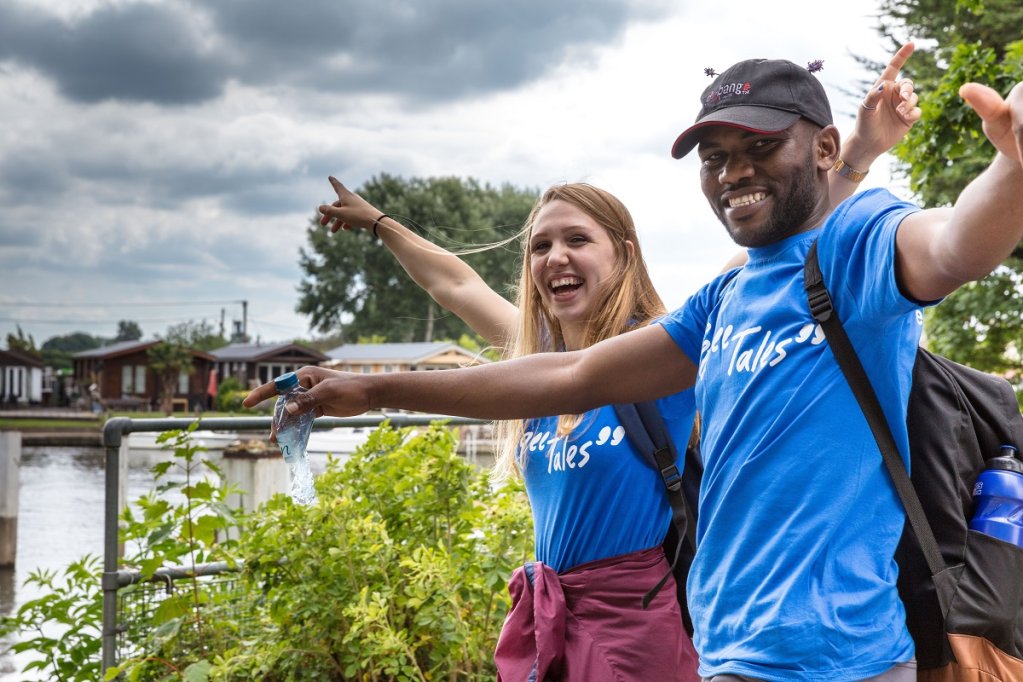 Anna agrees. She thinks that detainees’ interaction with her charity improves their experience of the UK and the detention system.