The German charity Mission Lifeline said it had rescued some 100 people from a collapsing dinghy in the Mediterranean. It reportedly did so under great duress having been threatened by Libya's coast guard.

Mission Lifeline Captain Claus-Peter Reisch and the crew of the German-flagged Eleonore vessel completed the rescue despite a run-in with Libya's coast guard, which was intent on taking the migrants back to Libya.

"The rubber boat in distress was already deflating when the RHIB-crew arrived," said Seegezwitscher, a Twitter account documenting rescue missions on board the Eleonore vessel, referring to the rigid hull inflatable boats (RHIB) used to transfer the majority of the migrants from the dinghy.

Yesterday, the vessel #Eleonore#Mediterrane...; Sea. The rubber boat in distress was already deflating when the RHIB-crew arrived. The so-called Libyan Coastguard tried to intervene in the rescue. Eleonore is now heading north. The MMSI: 211 265 310 pic.twitter.com/A2czJ6Balq

"Some had to be transferred directly from the rubber dinghy to the Eleonore because time was running out," the charity specified, highlighting that a military boat belonging to Libya's coast guard was approaching the Eleonore at full speed at the time, issuing threats to the crew to cease the rescue.

The aggressive behavior from the coast guard reportedly sparked panic among the migrants, who feared they might be forced to return to war-torn Libya, where there have been multiple reports of egregious human rights abuses at migrant centers ranging from torture to rape to slavery.

Another rescue boat, the Mare Jonio, which is run by the Italian Mediterranea collective, tweeted it had "offered assistance" to the Eleonore, which despite being a new vessel only holds a capacity for 100 people. However, the number of migrants it rescued matched its capacity in the end.

It was not clear where the Eleonore would take these newly rescued migrants, as Italy and Malta both refuse to let charity vessels dock at their harbors until other EU countries agree to take on the migrants. This issue leads to weeks-long stand-offs, much to the frustration of the exhausted migrants and refugees on board these vessels. 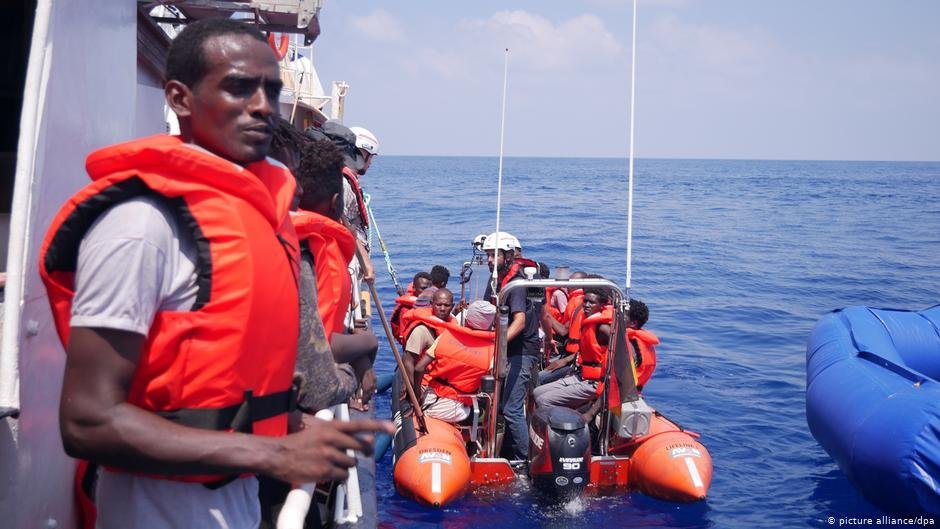 Reisch had also captained the charity's previous vessel, the Lifeline, which was blocked at sea for days last June after rescuing around 230 people off the Libyan coast.

The Lifeline, which sailed under a Dutch flag, was eventually given permission to dock in Malta but was seized there by authorities, and Reisch given a hefty fine for incorrect registration of the ship. Reisch is currently appealing the Malta fine; however, that vessel will not be released until the case is closed.

The Maltese army meanwhile announced that it had rescued 162 migrants at sea. The island state only accepts migrants found within its search and rescue zone. 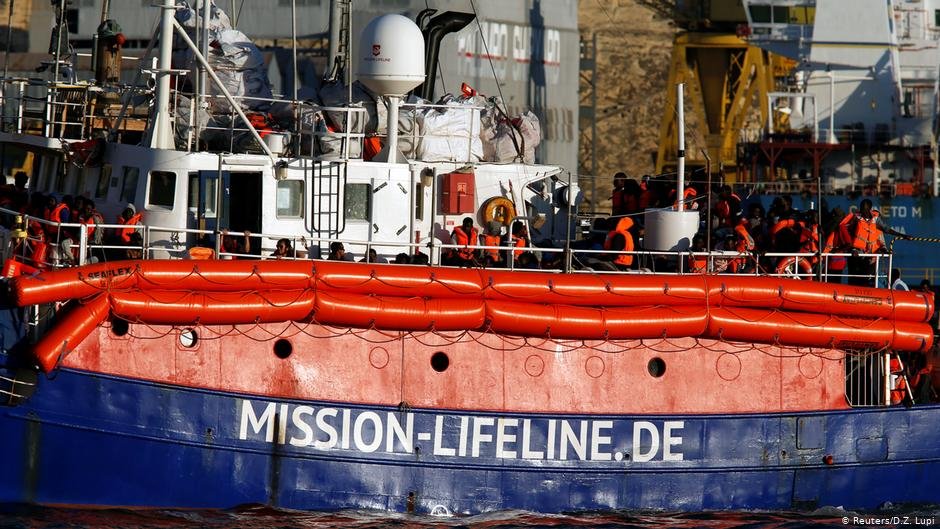 EU leaders at the time also accused the charity of breaking international law by rescuing migrants and taking them to Malta when the Libyan coast guard was already at hand. Various NGOs have been vocally critical about the lack of coordination among EU member states when it comes to dealing with these migration stand-offs.

Tens of thousands of people have embarked on perilous sea journeys to Europe in recent years, with thousands drowning in the Mediterranean, making the political issue of sea rescues a matter of life and death.

With agency material from AFP