At least 40 feared dead or missing in shipwreck off Libya, according to UNHCR

A boat carrying dozens of migrants capsized in the Mediterranean Sea off Libya on Tuesday. At least 40 people are missing and are presumed drowned.

Search efforts for the missing migrants have reportedly been halted after at least 65 migrants, most of them Sudanese, Tunisian or Egyptian nationals, were rescued from the waters off the Libyan coast, a spokesman for Libya's coast guard, told the Associated Press (AP).

Five people were meanwhile confirmed dead, including a woman and a child from Morocco, whose bodies have been recovered near the western Libyan town of Khoms, about 120 kilometers (75 miles) east of Tripoli. The other dead were reported to be men from Sudan and Somalia.

While about 40 people were reported as still missing by eyewitness survivors and therefore presumed dead, Libya's coast guard gave a lower estimate for those feared drowned of 15 to 20 people.

The summer of 2019 saw several fatal shipwrecks off the coast of Libya and elsewhere in the Mediterranean. Last month, up to 150 Europe-bound migrants are assumed to have drowned when two boats carrying a total of about 300 people together capsized off Libyan waters. In May, about 65 people drowned when their boat sank off the Tunisian coast.

Charlie Yaxley, a spokesman for the UN refugee agency (UNHCR) said that if the eyewitness accounts of the latest tragedy were to be confirmed, "the number of people drowned in the Mediterranean in 2019 will have reached close to 900."

The numbers are expected to be confirmed, as Alarm Phone, an independent distress hotline for people crossing the Mediterranean, had recorded about 100 in total aboard the capsized vessel.

According to UNHCR numbers, a total of 859 migrants had already died in the Mediterranean as of August 22. Libya's coast guard meanwhile says that it has intercepted hundreds of migrants at sea so far in August. However, the number of migrants attempting such perilous sea crossings has dropped sharply in the past two years.

Yesterday a migrant group called us in distress at sea and dozens died. We will probably never find out how many lives were lost or what their names, stories, and dreams were. Many families & friends will never know for certain where their loved ones are. https://t.co/Qd9G5shKHj

Libya has become a major crossing point for migrants heading to Europe since the toppling of longtime Libyan dictator Moammar Gadhafi in 2011. The North African nation has, however, been thrust into chaos, as armed militias have been fighting the internationally recognized central government for years.

Despite the ongoing conflict, the European Union has partnered with Libya's coast guard to try to stem the flow of migrants attempting dangerous sea crossings from Libya. With Libya thus gaining greater control over the movements of migrants, there have been numerous accounts of refugees and migrants suffering brutal abuse by armed groups, with reports reaching from squalid conditions in detention centers to rape, slavery and murder. 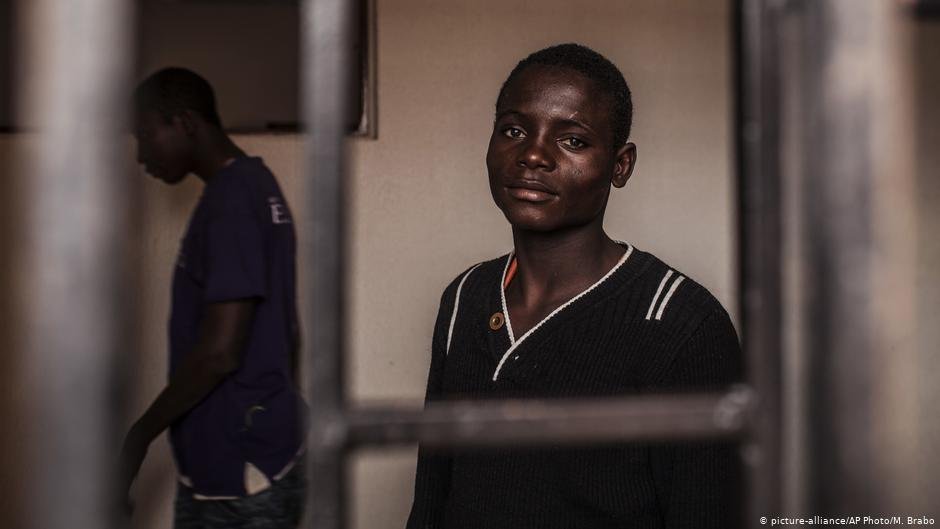 At least 6,000 migrants from countries such as Eritrea, Ethiopia, Somalia, Sudan and African and Middle Eastern nations are assumed to be stuck in dozens of inadequate detention facilities in Libya run by militias accused of torture and other abuses, according to AP. About half of those migrants are under additional danger as they are locked in detention centers located near the capital Tripoli, where fighting between government forces loyal to and militia-leader Khalifa Hifter has been costing hundreds of lives since April.

Outside these detention facilities, the UNHCR and the International Organization for Migration (IOM) assume that there are some 50,000 registered refugees and asylum seekers in Libya who have escaped war and prosecution in their home countries in total. That number is in addition to 800,000 migrants in search of economic opportunities abroad.