UNICEF demands that Greece offer better protection to refugee and migrant minors. There are about 1,100 children currently housed in migrant camps and reception centers across the Greek islands — the highest number registered since April 2016.

The United Nations Children's Fund UNICEF deemed the overall condition of migrant facilities on the Greek islands as inadequate, adding that they were overcrowded. UNICEF said that the EU needed to show greater initiative to improve these circumstances and "to do more to protect these particularly vulnerable children."

UNICEF's Special Coordinator for Refugee and Migrant Response in Europe Afshan Khan said that it's "vital that European governments increase pledges to relocate unaccompanied and separated refugee and migrant children, and fast-track family reunifications for those who already have relatives in Europe." She also pleaded for more funds to be made available to this end from EU member states. 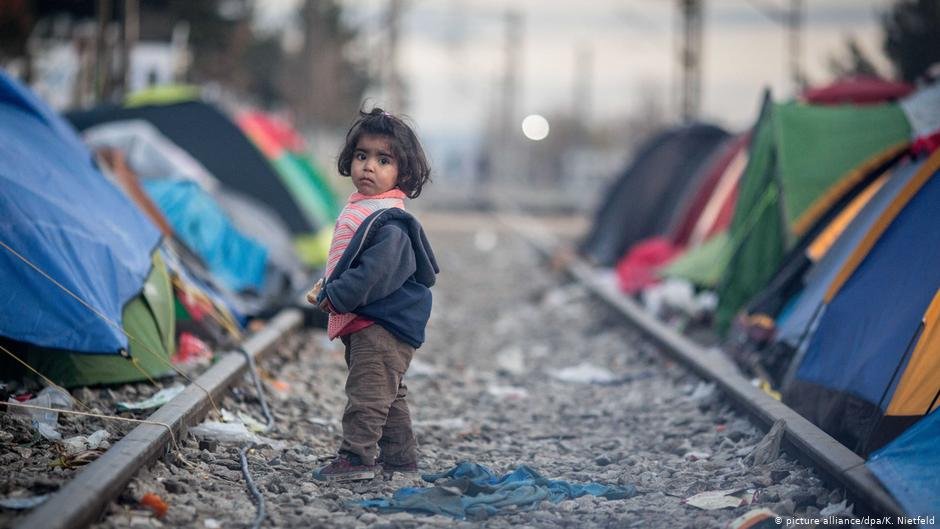 Deadly brawl at the Moria camp

The appeal came after an underage migrant from Afghanistan lost his life during a violent altercation at the Reception and Identification Centre in Moria, Lesbos last weekend. The minor from Afghanistan had been fatally stabbed by a compatriot on August 24, and two other minors were injured during the brawl. One of the two injured reportedly required life-saving surgery. An Afghan teenager meanwhile was arrested by Greek police as the main suspect.

"This latest tragedy is a stark reminder that the situation in reception centers in Greece is at a breaking point,” Khan commented.

There are more than 32,000 refugee and migrant children in Greece at present, including more than 4,000 who are unaccompanied and separated. About a quarter of them are housed on the Greek islands, according to the UN refugee agency, UNHCR.