Greece has begun moving hundreds of asylum seekers from an overcrowded camp on the island of Lesbos to the mainland. A dramatic rise in the number of arrivals in recent weeks has brought the facility to the brink of collapse and forced the government to take action.

About 640 asylum seekers, including children, were taken from the Moria reception center on Lesbos to facilities in Thessaloniki in northern Greece on Monday morning. A total of 1,500 people were to be moved by the end of the day, according to the Greek news agency, ANA, with the second group to be transferred to a refugee camp in Nea Kavala, Kilkis.

Camp on the verge of collapse

Moria, Europe's biggest migrant camp on the island of Lesbos, has a capacity for around 3,000 people. It currently holds more than 11,000 migrants and refugees, most of whom are from the Middle East, Asia and Africa.

The facility has been described by humanitarian groups as inhumane. An Afghan boy was killed in a fight in Moria last month and women have told aid workers that they often feel unsafe. 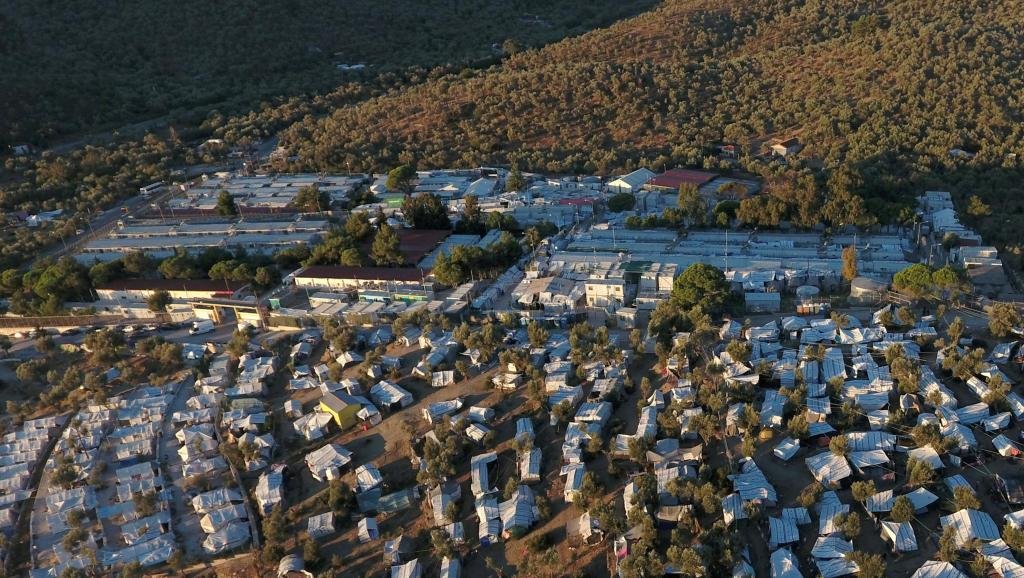 The Greek government announced on Saturday that it would be moving asylum seekers from Lesbos as part of measures to deal with a recent sharp rise in the number of people arriving on its shores.

About 7,000 irregular migrants arrived in Greece by boat last month, the highest number for three years. Last Thursday, 13 boats carrying around 540 people landed at Skala Sikamias in Lesbos, the largest number in a single day since the signing of the EU-Turkey agreement. The 2016 deal enables Europe to send back all migrants who come irregularly via Turkey to the Greek islands. However, in three years, a relatively small number has been returned under the agreement. 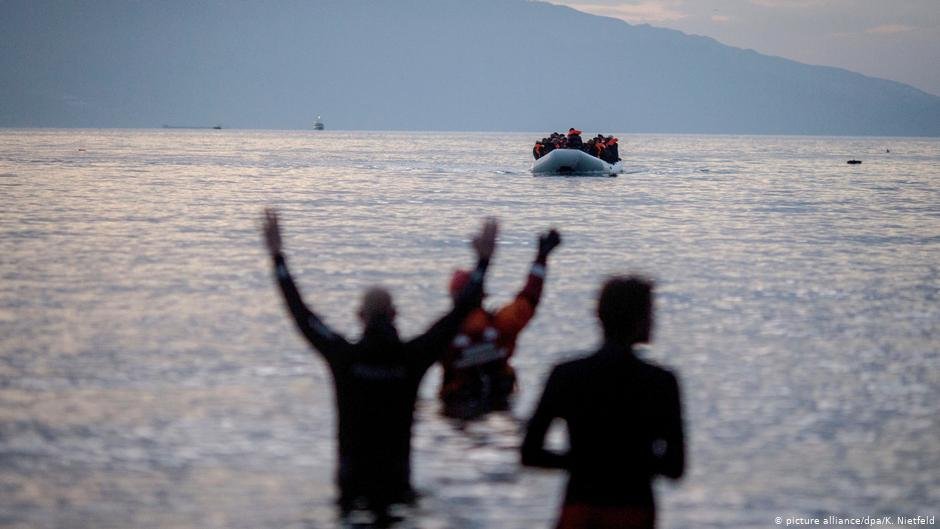 The arrival of so many boats on Lesbos at the same time came as a surprise, said Boris Cheshirkov, a spokesperson for the United Nations refugee agency, UNHCR.  "We can't say for certain what the reason is," Cheshirkov said. "Usually the factors that drive people to cross the sea from Turkey are warm weather and an increased volatility in their home countries, such as Syria and Afghanistan."

Turkey's foreign minister, Mevlut Cavusoglu, warned last week that an attack on Idlib province in Syria could result in a new wave of refugees trying to flee. Turkey hosts more than 3.6 million refugees. It has said it can not accommodate any more, and has reportedly been deporting large numbers of people back to Syria in recent weeks.

In Greece, the arrivals from Turkey prompted the Greek foreign minister, Nikos Dendias, to summon the Turkish ambassador last Friday to "express Greece's deep discontent." The ambassador assured him that Turkey remained committed to the EU-Turkey deal, Reuters reported.

But Ankara could do more to stop illegal migration between Turkey and Europe, according to the editors of the Greek daily Ekathimerini. Europe should be putting pressure on Turkey as well as on its own member states that refuse to accept their share of the burden, the paper says.

After an emergency session of its Council for Foreign Affairs and Defense, the Greek government announced its action plan to deal with the increased numbers of asylum seekers. As well as transferring people to the mainland, it will tighten border controls, in cooperation with NATO and the EU border control agency Frontex, to prevent arrivals on the islands. The government also plans to speed up deportations of rejected asylum seekers and shorten the asylum procedure.

Greece is Europe's main entry point for Syrian, Afghan and Iraqi asylum seekers. The country accounts for more than half of the 56,000 migrants who have landed on the Mediterranean's northern shore this year.