The risks of working illegally in Germany

Getting work in Germany can be difficult, especially for migrants. Many end up working illegally, but if they are caught, the penalty can be as severe as prison or deportation.

Krasimir has been living in Germany for two years with no fixed address or regular job. He often sleeps in an old van in a junkyard in Cologne. Three other men share the same van, which leaks when it rains. Krasimir survives on money he earns working illegally, which means the authorities don't know about it, and he gets his wages -- about 50 or 60 euros a day -- in cash. But sometimes the bosses don't pay. They simply turn off their phones, and when he finally gets a hold of them, they threaten to report him to the police.

When he told his story to a reporter from DW, Krasimir was clearly struggling. He worked illegally because a badly paid job was better than no job at all. He had to survive -- and everytime he talked to his family in Bulgaria they asked him to send money home.

In Germany, where unemployment is relatively low, many European citizens like Krasimir have trouble getting work. For asylum seekers and others from outside the bloc, there can be even bigger challenges.

Asylum seekers in Germany are generally allowed to work -- with certain complex restrictions -- three months after putting in their asylum application. This applies as long as they are not still in a reception center or from one of the "safe" countries, like Ghana, Senegal, Serbia, Bosnia, and Albania. But dealing with the various agencies and processes involved is notoriously difficult, and even once they are allowed to apply for a work permit, many asylum seekers report enormous problems landing a job.

One of the reasons asylum seekers have trouble getting work is that companies are put off hiring them because work permit regulations are so complicated. Another is that, in spite of a shortage of labor in many sectors in Germany, refugees from Syria and other countries often lack the skills and qualifications German companies require.

But the biggest hurdle for migrants in accessing the legal labor market, according to many experts, including the German Federal Employment Agency, is language. There is firm evidence that language proficiency increases job opportunities for migrants, as research by Ingo Isphording for the German Institute for Labor Economics, IZA, has shown. Conversely, migrants without good language skills in German are left with the "hidden" jobs that require no paperwork and which demand little or no contact with the public.

But there are other reasons that asylum seekers turn to clandestine employment. "I think right now there are enough jobs available that don’t require such a high level of German language skill," says Zemfra Dlovani. A lawyer specializing in labor cases, she says that they want to avoid paying income tax, or want to continue to claim social security benefits and work for cash at the same time.

Dlovani also believes the residence status of the individual plays a part in whether migrants work illegally. "Those who have a chance to stay here are motivated to be registered for the pension, to learn the language and to find a job where they pay pension contributions," she says. "People who don’t have a chance to stay are probably inclined to be interested in getting every penny of what they earn and the rest doesn’t matter."

Germans are doing it too

It's not known how many people are working illegally in Germany, but they are certainly not only migrants. The migration and refugee agency, BAMF, says there's no evidence that asylum seekers or refugees are any more likely than Germans to be in illegal work. It has been estimated that hundreds of thousands of people -- Germans, workers from other European countries and from outside the EU -- are employed without paying tax or without a work permit.

Illegal workers can be found in nearly every sector of the economy but, according to BAMF, they tend to be employed in areas like building and construction, in hotels and restaurants, meatworks, jobs related to freight and transport or industrial cleaning.

While many people choose to work illegally, there are lots of downsides. Workers typically receive extremely low wages, well under the minimum wage of €9.19 in Germany. Sometimes, as Krasimir discovered, employers don't pay at all. But as he is not officially "on the books", all he can do is argue with his boss. "I have seen a lot of people in this situation in my practice," says Dlovani. "They have worked but they're unable to prove it." 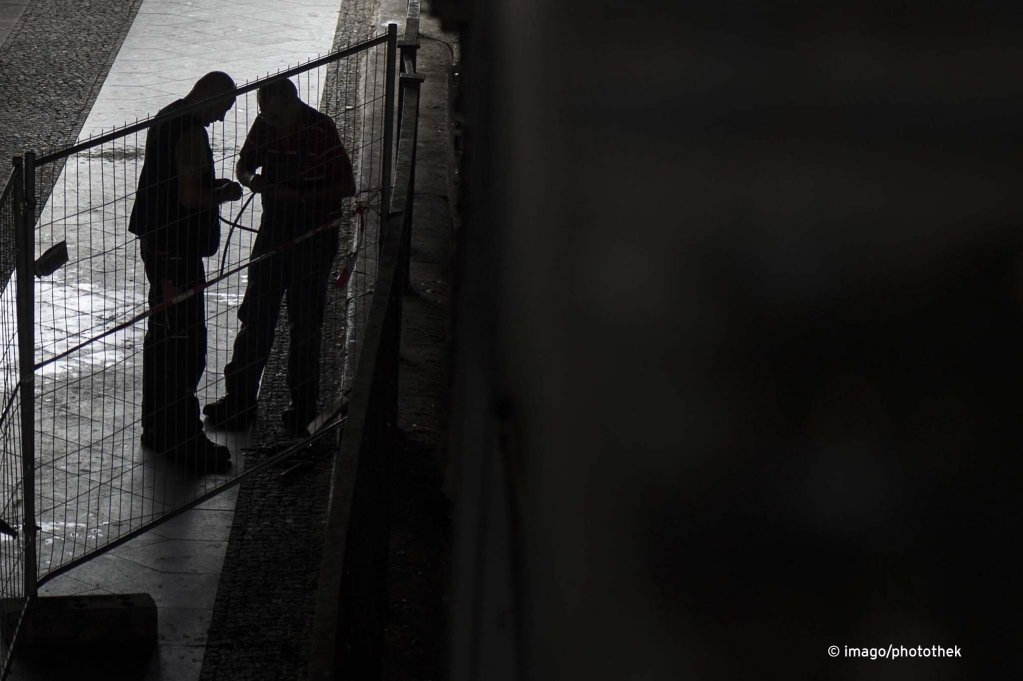 Often, illegal workers also have to work under difficult and unsafe conditions, exposing themselves to health risks and a greater danger of industrial accidents. An illegal worker injured on a construction site may have to pay their own medical costs because they are not covered by health insurance. "It can get very, very, expensive," says Dlovani. "That's why I always advise people against [illegal employment]."

Migrants without documents can be at even greater risk of exploitation. Those who come to Germany because they've been promised jobs, as well as workers smuggled into the country, often end up living under extremely poor conditions, receiving little or no pay. Their illegal employment and residency status makes them doubly vulnerable.

The penalties if you get caught

In Germany, customs police and tax authorities are all involved in uncovering and investigating illegal employment. Their efforts can lead to prosecutions of employers as well as workers. For those who hire illegal migrants, there can be fines of up to €500,000 and, in serious cases, even imprisonment.

Migrants or asylum seekers working without the proper residence title or without entitlement to employment can face both criminal and civil charges. For them, the penalty may just be a fine. But it could also be as severe as imprisonment or deportation.

While Dlovani herself doesn't know of any cases of asylum seekers being jailed or deported, she says for repeat offenders, it may come to that: "The state could say, 'here's someone who hasn't learned from their mistakes,' and in that case, they could face prison. For sure."