Sea-Eye: Malta to evacuate two migrants as situation aboard escalates

The situation aboard Sea Eye’s migrant rescue vessel Alan Kurdi, banned from Italian waters by outgoing Interior Minister Matteo Salvini, is apparently coming to a head: Malta has agreed to evacuate two migrants who were suffering from panic attacks and had repeatedly tried to jump overboard.

Two migrants aboard search and rescue (SAR) vessel Alan Kurdi are to be brought to Malta due to health reasons, German NGO Sea-Eye said Thursday.

According to the Regensburg-based charity, which operates the Alan Kurdi, the responsible Maltese authorities agreed to an evacuation and arranged a meeting point for the handover.

The situation on board deteriorated further as two migrants with severe anxiety attacks and suicidal thoughts repeatedly tried to jump into the Mediterranean Sea, head of mission Jan Ribbeck said.

Sea-Eye announced it would lodge a complaint with a Maltese court to legally determine that local Maltese rescue directing centers were responsible for the Alan Kurdi. According to Sea-Eye spokesperson Gordon Isler, a political solution for the remaining 11 rescuees was still not in sight.

On Saturday, August 31, the Alan Kurdi crew had rescued 13 Tunisian migrants from an overloaded and dilapidated wooden boat. Eight of them were minors.

The Alan Kurdi is currently 12 nautical miles (22 kilometers) off Malta at the border of the EU country’s territorial waters. Malta still refuses to take on the coordination of the rescue mission, and Italy also denied the Alan Kurdi entry into a safe port.

“The new government in Rome is apparently sticking to its tough stance on civil rescue teams,” Sea-Eye said in a tweet.

In its answer, the interior ministry said: "We inform you that the Decree no. 53/2019 is still valid.”

We have sent a request to the Italian Ministry of the Interior, whether the ban to entry and the 1.000.000€ fine would still apply under the new government.
It does.

Salvini, who is being removed from the government after he tried to bring it down, issued the tough security decree in July. It allows Italy to fine private rescue vessels up to €1 million and seize them as well as prosecute their captains if they enter Italian waters without authorization.

According to Sea-Eye, the Alan Kurdi crew rescued the migrants in Malta’s search and rescue (SAR) zone.

That’s why Malta was responsible, Sea-Eye spokesperson Isler said, adding that Sea-Eye was in touch with Maltese authorities and Germany’s foreign ministry. A solution, however, was not yet in sight.

On Monday, designated Prime Minister Giuseppe Conte said he wanted to renegotiate the EU's so-called Dublin regulation, which stipulates that the country of first arrival must process asylum seekers.

"We need to resume and develop the negotiations with the European Union to go beyond the Dublin regulation and finally achieve a European management system on the immigration problem,” he wrote on Facebook. 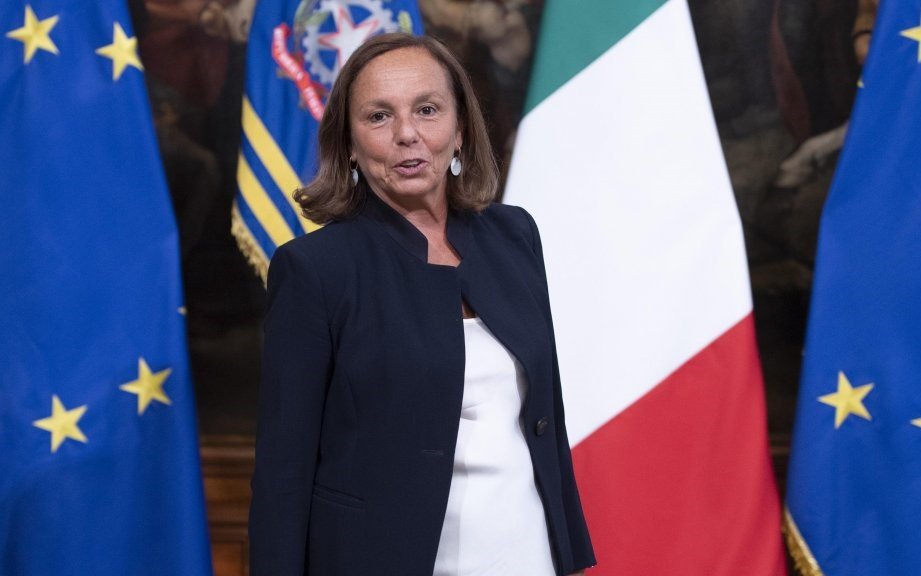 Situation of other NGO vessels

The Sea-Watch 3, meanwhile, currently lies at the Sicilian port of Licata. In June, embattled captain Carola Rackete decided to ignore the Italian government's entry ban to its ports and landed on the island of Lampedusa with 40 migrants on board.

Sea-Eye’s migrant rescue vessel is named after Alan Kurdi, the three-year-old Syrian boy who was washed ashore in Turkey after he drowned in September 2015. Photographs of his body quickly made global headlines, prompting international responses and becoming a global symbol of the plight of refugees at sea.

With material from AFP, KNA, epd