Russia accepts very few refugees, and those who come have a hard time socializing. But a local NGO has come up with an idea to change that and show them that Moscow can be friendly.

Brick walls, neon lights, and a minimalist design — Rovesnik is a typical hipster hangout in downtown Moscow. Youngsters at the bar order cocktails, waiting for the DJ set to start. But those playing here tonight are no ordinary DJs. They fled their home countries to apply for asylum in Russia.

International charts music suddenly changes to afro beats when Simba takes the stage. It's the 26-old-Zimbabwean's first DJ set in Russia. He has long wanted to share music from his country with people here. A smile lights up his face as everyone starts jumping to his rhythms.

"I am trying to paint a picture to change an existing narrative," Simba told DW just before going on stage. "It is important that I play music from my region, because I want people to get where I am from and what we like."

Simba arrived in Russia in December 2014. When asked why he left, he looks away and says it was for political reasons. "The political unrest in my country, it didn't start now, it started a few years back. The time I got out it had gotten worse and somehow it had found its way to me."

"Actually when I woke up [that morning], I didn't even think I was going to leave the country," he recalled. "But everything had been arranged by my parents. I left and I had to leave my life [behind]." Simba is afraid to go into more details or give his full name — he's still waiting to obtain official refugee status in Russia. 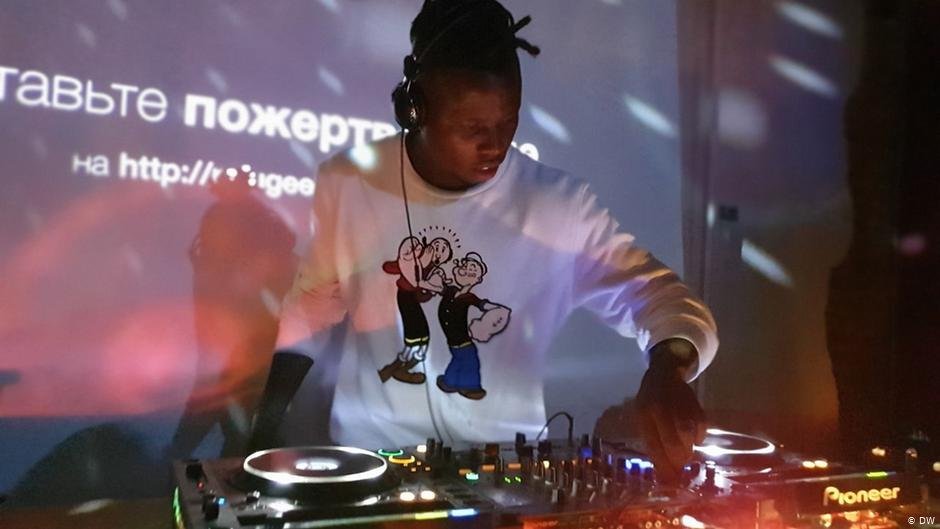 Simba landed in Moscow on a cold December afternoon. When the plane was approaching its destination the captain announced the weather conditions — minus 25 degrees Celsius (minus 13 degrees Fahrenheit). Simba instantly grabbed his blanket. He had never experienced such cold weather.

Russia was not particularly welcoming. Without knowing the language and the people, he spent his first days sleeping at the airport and at train stations. At some point somebody gave him an address of the NGO Civic Assistance Committee that helps refugees and migrants. Slowly, things started to get better.

The number of refugees around the world is climbing inexorably. However, Russia is accepting fewer and fewer refugees every year. In 2018 only 30 people were granted refugee status here, according to Civic Assistance Committee's data. In total there were 572 refugees in Russia as of the end of 2018.

Russia ratified the UN Convention on refugees in 1992 and even adopted a specific law. It clearly sets out the grounds and procedure for recognition as a refugee on the territory of the Russian Federation, as well as economic, social and legal guarantees for the protection of the rights and legitimate interests of refugees.

But Svetlana Gannushkina, a human rights activist and the head of Civic Assistance Committee, says there is little point in criticizing the legislation as it doesn't work anyway. "Our judges don't judge by law, but by order, by signal from above. And here we understand quite clearly that the signal is negative: not to give refugee status."

Lawyers from the Civic Assistance Committee have been fighting for a year to get Simba's documents accepted, says project coordinator Varvara Tretyak. "It is often the case that refugees are denied even the access to the procedure."

Varvara Tretyak was the one who came up with the idea of a party where refugees would play their favorite music — as a way to give them a voice. "They rarely go anywhere in Moscow. They go to work, come back home, spend their time in migration offices and courts. Moscow is a very hostile place for them. And we wanted them to see a different Moscow," she says. 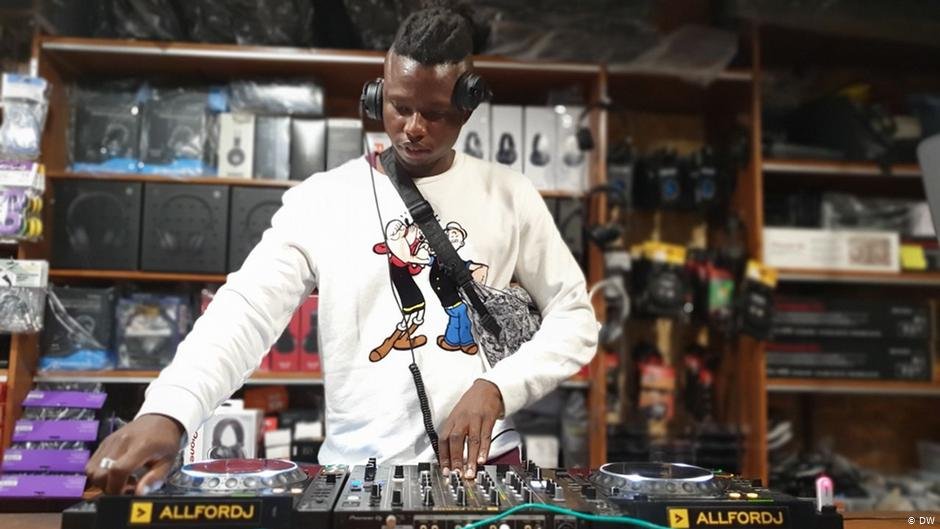 Two other DJs apart from Simba are putting on music tonight. Abdulkarim and his family were brought to Russia from Yemen in 2015 on a special Federal Rescue Service plane. A year ago he received provisional asylum status. Amina's family, meanwhile, fled Chechnya when the war broke out there in 2000. She first came to Civic Assistance as an internally displaced person to seek help. Now she helps others there.

Many of those who came to Rovesnik tonight have no idea of the hardships those people have gone through. "We wanted to show young people who the refugees are: they are not some aliens, they are people like you and they listen to music as well," says Amina.

As the night progresses more and more people take to the dance floor. Two young ladies in their 20s confess they had no idea a special event was happening, they are here tonight just to enjoy the music, no matter who's playing it. The boundaries between locals and migrants blend with every beat.