Germany: Jobs for migrants, but women lose out

More and more asylum seekers and refugees in Germany are getting jobs. The government's Commissioner for Integration says employment prospects for migrants are better than expected. But she says women remain at a disadvantage.

Annette Widmann-Mauz, Germany's integration commissioner, says that since the peak of asylum seeker arrivals in Germany in 2015, the employment rate for migrants has improved much faster than experts predicted. Among asylum seekers from Syria, Turkey, Iraq, Afghanistan and Iran, the number in employment has reached 399,000, Widmann-Mauz told the Rheinische Post newspaper. More than half of those in regular employment are in skilled professions.
"At the same time, more and more companies are training refugees," according to Widmann-Mauz, a member of the Christian Democratic party. "We need to stick at this and push for greater integration into the job market. It is an investment that will pay dividends," she added. 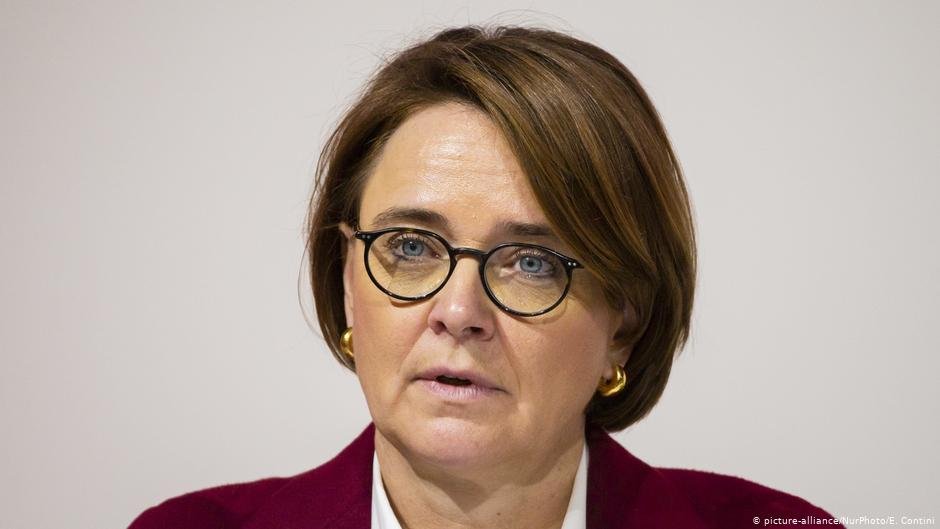 The government's Institute for Employment Research (IAB) reports that the integration of asylum seekers and refugees into the job market has been faster than anticipated. In 2018, the employment rate among asylum seekers and refugees was around 20 percent, according to the federal employment agency. Currently, about one in three migrants of working age is employed, says the IAB's migration expert Herbert Brückner. The figure could rise to around 40 percent this autumn.
Also read: Improved chances of asylum seekers in Germany entering job market
Women lag behind
While the overall employment rate among refugees and asylum seekers has improved, far fewer migrant women than men are in paid work, according to Widmann-Mauz. "[Women] work significantly less than men, even though most of them are highly motivated and have similar educational qualifications," she said. Last year, just 13 percent of asylum seekers from the main source countries who were employed were women.
Widmann-Mauz says women with children must be given the opportunity to work part-time. An "integration offensive" is needed to get more women from migrant backgrounds into employment, the commissioner told the paper.
Too many in low-level jobs
More than fifty percent of migrants and refugees are in skilled employment, according to Widmann-Mauz, but the proportion of migrants working in lower-level assistant jobs is still too high. These people need to be given the opportunity to achieve further qualifications, like a forklift truck driver's license or careworker course, the commissioner said. Being able to speak German plays a very important role in this, she added.
Government 'whitewashing'
The opposition left party Die Linke responded to the comments by the Integration Commissioner, accusing her of whitewashing the situation. At the end of 2018, more than two-thirds of full-time employees were paid less than the minimum wage, said Sabine Zimmermann, the employment spokeswoman for Die Linke. Zimmermann added that the unemployment figure "in the context of forced migration" had increased by 6.6 percent year on year.
"Integration is not going to succeed like this, if people are being used as cheap labor," Zimmermann told the AFP news agency. The federal government should offer more support to unemployed people in general, as well as creating "decent jobs from which refugees in particular would benefit," she added.