Many migrant and refugee children in Europe face barriers to accessing school education. Challenges include not enough trained teachers, language barriers and poverty.

Children born outside Europe, including refugee and migrant children, do worse at school and are more likely to leave school early. Three United Nations agencies, the UNHCR, UNICEF and IOM, have called for something to be done about this.

In Europe there are about 83 million school-age children. About one in 25 was born outside the bloc – including newly arrived refugees and migrants.

In Germany there are about 688,000 school-age children born in countries outside Europe. And here, like in the rest of Europe, these are the ones who are missing out on education.

All European countries affected by the major migration arrivals of 2015-16 have made an effort to make sure migrant children can go to school, the UN says. But some countries are doing better than others at trying to give refugee and migrant children a chance at an education equal to those born in Europe.

A briefing paper published by the UNHCR, UNICEF and IOM this week says there needs to be a big effort to get migrant and refugee children into school and stop them from dropping out early. Throughout Europe, with the exception of the UK, early school leaving among children from outside Europe is nearly twice as high as among European born children. 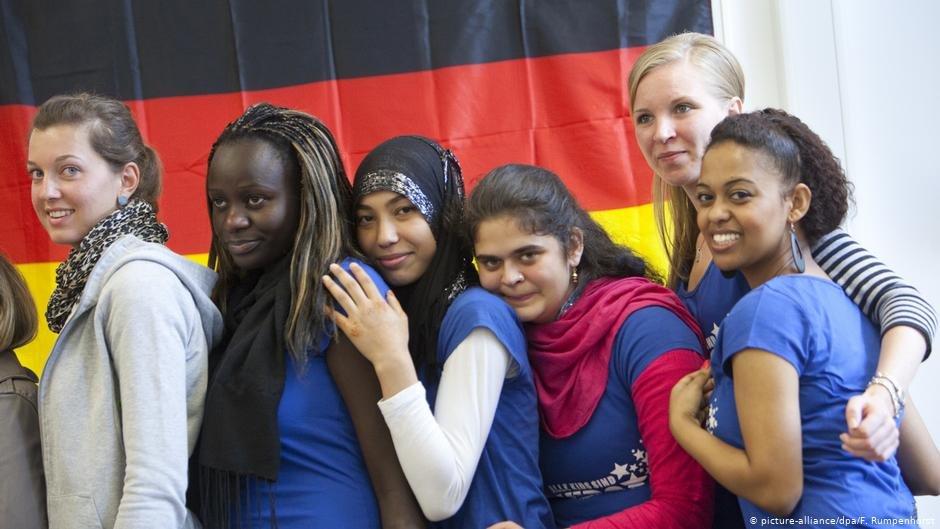 Poverty is one of the biggest factors contributing to the disparity in access to education, the UN says. The latest Eurostat statistics from 2013 show that young people born outside the EU were nearly twice as likely to be poor as those born within.

Children from migrant and refugee backgrounds tend to live in poorer areas and go to schools with lower academic standards. This is also likely to impact on their performance, as well as whether they stay in school.

Non-attendance or early school leaving has knock-on effects for migrants and refugees, feeding into employment. According to the UN paper, foreign-born young people are much less likely to be in either employment or education and training.

Migrant and refugee children face barriers to school attendance, including lack of money, lack of transport and difficulties understanding complicated administration procedures. But even those who do make it to school often don’t do as well. This can be addressed in several ways, the UN suggests, including providing a supportive school environment.

The UN says that migrant children may underperform in school at first, but over time they get much better, if they are supported, because they have a determination to succeed. In the Netherlands and Belgium in particular, first-generation migrant and refugee students express much higher levels of motivation than native-born students, according to the UN.

The UN agencies have urged all countries in Europe to give migrant and refugee children the best chance at education with a number of recommendations. They include:

More information, including the briefing paper published by the UNHCR, UNICEF and IOM, can be found here.