Malta's armed forces airlifted a heavily pregnant Nigerian woman and her husband from the rescue ship on Wednesday. The charity-run ship is currently carrying more than 80 migrants rescued in the Mediterranean Sea.

A helicopter lifted the two migrants off the migrant rescue vessel "Ocean Viking," which is operated by the charities SOS Mediterranee and Doctors Without Borders (MSF). The boat had requested a medical evacuation for the couple earlier in the day.

MSF project coordinator Erkinalp Kesikli told the Associated Press that a medical team including a midwife had examined the woman from Nigeria, who is nine months pregnant, determining that she had "developed a serious medical complication which could put her and the baby at risk."

UPDATE A nine-month pregnant woman and her husband have just been evacuated from the #OceanViking to #Malta after the woman developed serious medical complications.
We have once again requested a Place of safety for a prompt disembarkation of the remaining 82 survivors. pic.twitter.com/Rn0ffmy7fE

The Norwegian-flagged Ocean Viking has a doctor, two nurses and a midwife on board at all times. The prospect of having to deliver a baby at sea is not negligible: According to the Agence France-Presse (AFP) news agency, at least 35 babies have been born on various rescue vessels in the Mediterranean in recent years. Six of them were born on the Ocean Viking's sister ship, the "Aquarius." 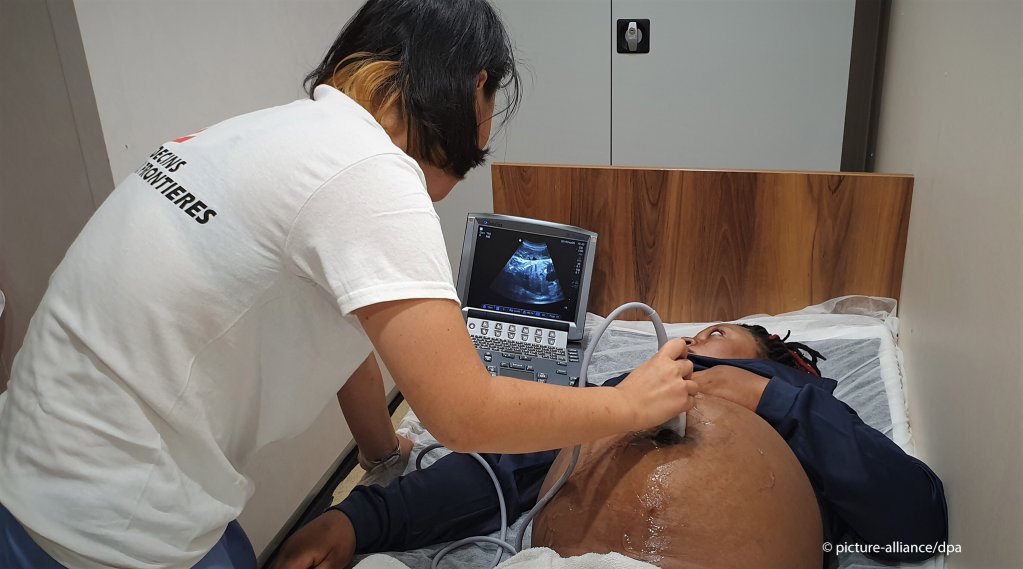 In 2016, 4.4 percent of the women rescued by the Aquarius were pregnant when they came on board. By 2018, that number increased to 10 percent.

Read more: Birth at sea: How one rescue mission deals with pregnancies and other medical emergencies

The Ocean Viking rescued 50 migrants from a rubber boat on Sunday. Among them was the pregnant Nigerian woman, who is expected to give birth at any time. On Monday, the ship took on another 34 migrants from a sailboat operated by another humanitarian group. 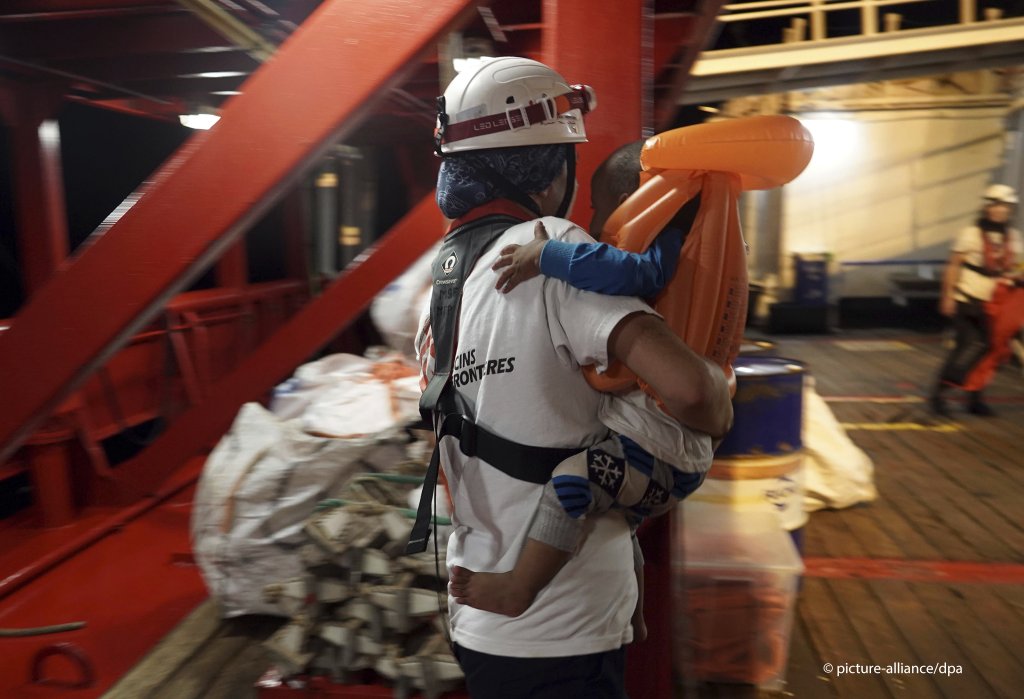 No return to Libya

The Ocean Viking appealed to the Maltese and Italian governments on Wednesday to provide a safe place of disembarkation for the remaining 82 migrants on board to avoid any further complications. It says that so far, it has not received a reply from either government.

Italy's previous government under former Interior Minister Matteo Salvini had closed its ports to non-governmental humanitarian rescue ships. It is unclear whether the new government, which only took office last week, intends to continue with this policy.

The Ocean Viking meanwhile received instructions Tuesday to bring the migrants to the port in Zawiyah, Libya. But the crew refused to follow those instructions, saying that Libya was not a safe place to disembark the migrants because of the ongoing fighting in Libya between the government and rebel groups.