The charity rescue vessel Ocean Viking was allowed to disembark the 82 remaining migrants on board on the southern Italian island of Lampedusa. The boat, which is run by the SOS Mediterranee charity and MSF, says it is now ready to embark on its next mission.

French Interior Minister Christophe Castaner announced over the weekend that an "ad hoc" agreement to allow the migrants to leave the ship had been reached between Italy, France, Germany, Portugal and Luxembourg, with Italy, France and Germany taking in 24 migrants each, Portugal accepting eight and Luxembourg two.

In an overnight operation, the migrants were reportedly taken to the island using smaller boats belonging to the coastguard.

Italian authorities subsequently carried out identity and medical checks on the group of sub-Saharan African migrants after they disembarked on Lampedusa. The majority of them had spent more than six days at sea. Fifty of the migrants had been picked up almost a week earlier, while 34 were taken in during the week.

A heavily pregnant woman and her husband had been allowed to leave the boat to seek medical attention in Malta earlier in the week. The woman has since given birth.

UN High Commissioner for Refugees Filippo Grandi meanwhile welcomed the development, saying this was an "important step" towards finding an agreement between EU nations for clear regulations for the disembarkation and distribution of migrants. Speaking at an international peace conference in Madrid, he declared that things were looking more hopeful for resolving migration issues within the EU. The German news agency KNA reported that he felt that the new Italian government seemed more motivated to see the bigger picture and stop focusing on the smaller details. 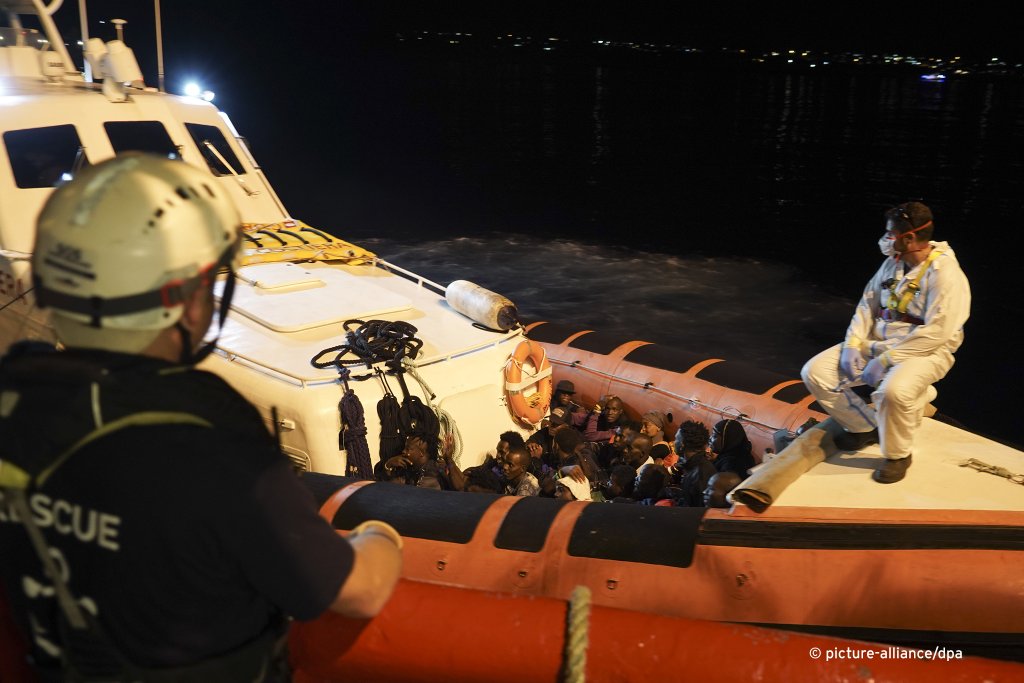 Redistribution scheme in the works

European leaders meanwhile are still hoping to work out an automatic relocation mechanism that would see rescued migrants who are brought to either Italian or Maltese ports be swiftly redistributed elsewhere in Europe. EU member states will hold talks to this end next week in Malta, and, if an agreement is reached, are likely to ratify those plans at a European summit in Luxembourg in October.

Germany has already announced that if a deal is reached, it would agree to take in 25 percent of migrants who arrive in Italy or Malta by boat. It is not yet clear how many other countries may sign up to the scheme.

Italy's new government, which was sworn in last week, meanwhile said it will revisit its immigration policies following more than a year of former interior minister Matteo Salvini's hardline position against migrants in general, in particular those arriving on private rescue vessels. Salvini has already been tweeting that "if things turn back to the way they were two years ago with an open door policy and out of control illegal immigration, then [his party] the League are ready to go into battle in and outside parliament."

Italy and Malta have long claimed that due to their geographic location, they bear disproportionate responsibility for migrants making their way to Europe across the Mediterranean, with most departing from Libya as their last transit country before entering the bloc.

UPDATE After the Italian coast-guards proceeded yesterday to a nine-hours Port State Control onboard the #OceanViking, which resulted to no major observation, the ship has just set sail to international waters to resume her lifesaving mission in the Central #Mediterranean pic.twitter.com/v1QuldS7AJ

Nicola Stalla, the Ocean Viking's search and rescue coordinator, said on Saturday that the boat should "head back to her search and rescue mission in the Central Mediterranean, because people continue to die in these waters where no rescue ship is currently present in the area."

According to intelligence reports cited by Italian media, an estimated 5,000 — 8,000 migrants are still waiting to leave Libya for Europe via the Mediterranean Route.