Returnees struggle to adjust to life in Nigeria

The IOM and other organizations are trying to manage migration movements around the world by offering incentives as part of their voluntary return programs. But life after such a return typically brings with it its own set of problems, as recent reports from Nigeria have revealed.

At least 5,000 migrants are estimated to be in Libya at the moment, hoping to eventually reach Europe via the so-called Mediterranean Route. Some say that number could be twice as high, as although migrants leave to embark on perilous sea journeys, new ones continue to arrive in Libya.

With Libya's coast guard receiving funds from the European Union to curb the migrant flow into the EU, Libya often turns from being a transit country into a prison for many of the migrants who made their way there.

The single largest demographic of migrants stuck in Libya is Nigerians, many of whom are not just migrating for economic reasons but are trying to escape the Boko Haram jihadi group in the north of the country. The less fortunate Nigerian migrants stuck in Libya may find themselves in a similar predicament there as they face at home; there have been mounting reports of abuse, torture, sexual violence and even slavery coming out of the Libyan camps and detention centers — not to mention the dangers of the ongoing civil war in the country.

Human Rights Watch (HRW) researchers visited four detention centers in Libya, where they documented "inhumane conditions that included severe overcrowding, unsanitary conditions; poor quality food and water that has led to malnutrition; lack of adequate healthcare, and disturbing accounts of violence by guards; including beatings, whippings and use of electric shocks."

Voluntary return: not an alternative

Those that do manage to stay away from such ruthless human traffickers face a sense of grave disillusionment. Organizations like the IOM try to offer a way out by repatriating these migrants as part of voluntary return programs. These programs offer hope for a better life back home; however, the reality upon return can be quite different: Burdened with debt, struggling to find work, and shattered by the treatment they received at the hands of traffickers, many don't even know where — or how — to start again. 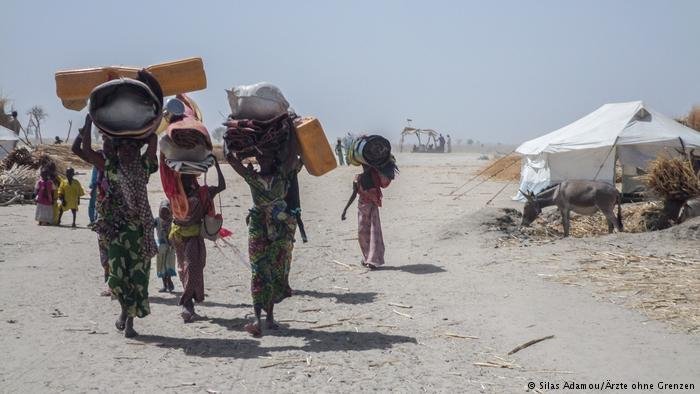 Nearly 14,000 young Nigerians have returned from Libya since 2017 under a United Nations voluntary repatriation program. The humanitarian organization Human Rights Watch (HRW) cautions that while these programs can be "valuable in assisting people without protection who wish to return home safely, it cannot be described as truly voluntary as long as the only alternatives are the prospect of indefinite abusive detention in Libya or a dangerous and expensive journey across the Mediterranean."

The news agency Agence France-Presse (AFP) spoke to a number of returnees to highlight the issues they faced after coming back home. One young Nigerian male told AFP that his life now was "more, more, more harder than before."

"I got paranoid. I couldn't think straight. I couldn't sleep, [I am] always looking out [to see] if there is any danger," the man identified as Tike said. Tike added that before leaving Nigeria in February 2017 he had held a low-paying job but since returning from Libya ten months later his "mindset was fully corrupted."

Tike eventually decided to train to be a butcher but has had no luck in landing a job despite being registered with various reintegration programs, run by both local and international organizations. HRW says, however, that the government-run centers tasked with looking after returnees are poorly funded and "unable to meet survivors' multiple needs for long-term comprehensive assistance." 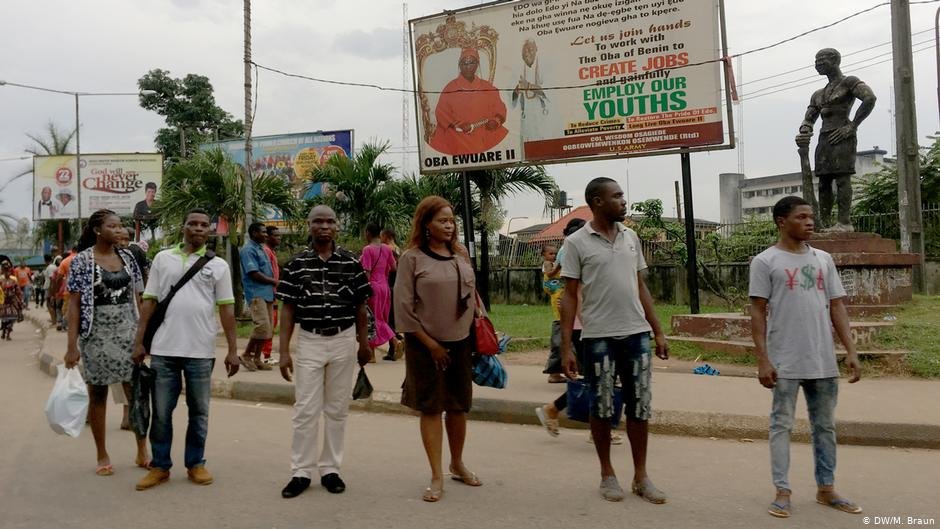 Nigeria's Edo State, which hosts about a third of the voluntary returnees, has set up a support program which stands out in terms of its investment into those who have come back — at least by Nigerian standards. AFP reports that under the scheme, returnees travel for free to Benin City, Edo's capital, stay two nights in a hotel, receive an hour of psychological support and about 1,000 euros in allowance — which may be a lot of money in Nigerian terms but is not sufficient to create lasting change in most instances.

It is, however, enough to stoke envy in a country where state aid is scarce; more than half of all under-35-year-olds are unemployed and 83 million people live in extreme poverty. This combined with the social stigma of being a returnee will only result in compounded discrimination: "Returnees are seen as people who are coming to cause problems in the community," Lilian Garuba of the Special Force against Illegal Migration told AFP. "They see them as a failure, and not for what they are: victims."

Ukinebo Dare of the Edo Innovates vocational training program meanwhile told AFP many youngsters complain that returnees get "preferential treatment. Classes are both for the youth and returnees, because we don't want the stigma to affect them," Dare said. "It's a priority for us to give youth, who are potential migrants, opportunities in jobs they can be interested in."

As a male returnee, Tike's story is still relatively mild compared to what many female returnees report. HRW says that upon their return to Nigeria, "many women and girls said they struggled with depression, anxiety, insomnia, flashbacks; aches and pains; and other physical ailments that have sometimes limited their ability to work effectively.

"For some, their suffering is worsened by families who blamed them for the abuses, ostracized them, or complained that they returned without money."

Gloria is one of the women interviewed by AFP. She says she considers herself "privileged" to have survived her ordeal and returned to Nigeria, where she now continues to live in poverty despite having a job. The 26-year-old left Nigeria with four other women last year. Three of the five friends died before even reaching Libya, where Gloria and another survivor were stranded for almost a year. 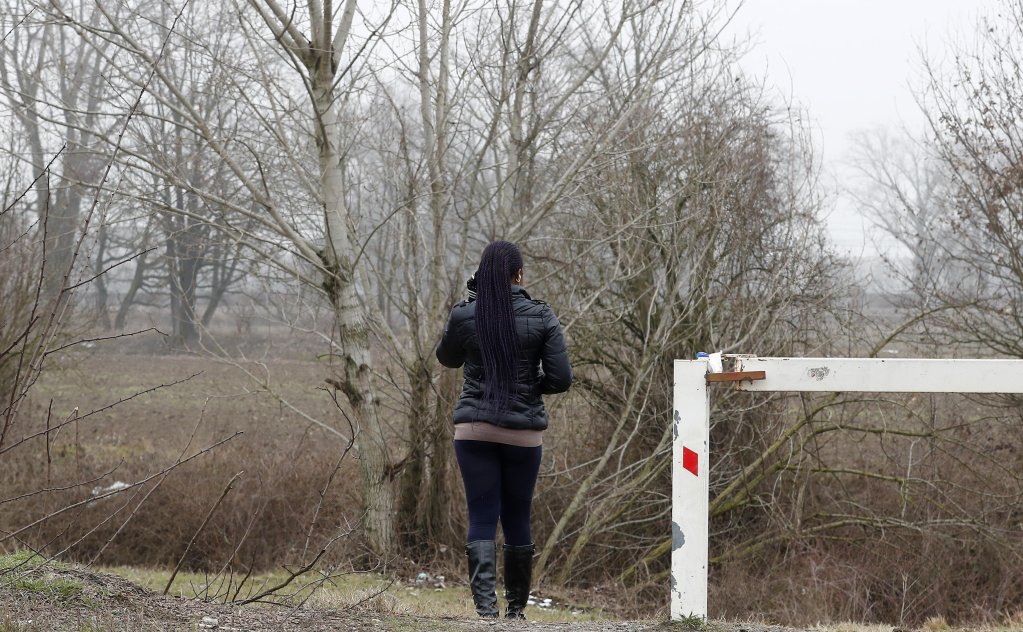 She said she blames herself for dreaming that her life would be better elsewhere and for believing the smugglers' promises of reaching Europe within two weeks. She didn't share any details pertaining to abuse and violence during her journey.

Suicidal thoughts and an uncertain future

HRW meanwhile highlighted another case of a Nigerian migrant, who, aged 18, made her way to Libya under the auspices of work prospects there as a domestic worker. Upon arrival, the young woman known as Adaura was forced to become a sex slave for months before being sold off to a Nigerian man in Libya, who also sexually exploited her. Later she was abducted by Islamic State militants who forced her to marry a man who would repeatedly rape her.

Three years later, Libyan soldiers eventually helped her escape and the IOM repatriated her to Nigeria. "Since then, Adaura has been staying in a shelter run by the national anti-trafficking agency, and then in an orphanage," HRW said.

"She described suffering from physical and psychosocial health problems, and that she sometimes thinks of killing herself. She is unhappy at the orphanage, where the food is inadequate, and her future is uncertain."

*some of the names in this story have been changed