Hungarian Foreign Minister Peter Szijjarto slammed the new Italian government's decision to open its ports to private charity ships disembarking migrants rescued at sea. He called the move "deplorable and dangerous" and said the move would create a lasting diplomatic clash between his country and Italy. His Italian counterpart meanwhile called for sanctions for EU member states who refuse to take on migrants under a proposed redistribution scheme.

The new Italian government is facing its first clashes over the issue of migrants, after the Hungarian government criticized Italy's decision to open its ports to private vessels bringing migrants rescued at sea. Hungarian Foreign Minister Peter Szijjarto said Italy's decision was "deplorable and dangerous", but his Italian counterpart, Luigi Di Maio, dismissed the criticism, calling Szijjarto's comments "exploitative accusations."
Hungary, which is led by right-wing populist Viktor Orban, is an ally of Italy's previous interior minister, anti-migrant and Euroskeptic League Party leader Matteo Salvini, who served also as deputy prime minister under the previous government.
The diplomatic clash between the two countries might set the tone for the upcoming EU negotiations on migrant redistribution — a major policy issue, which above all is currently being hindered by agreeing on a distinction between refugees and economic migrants. 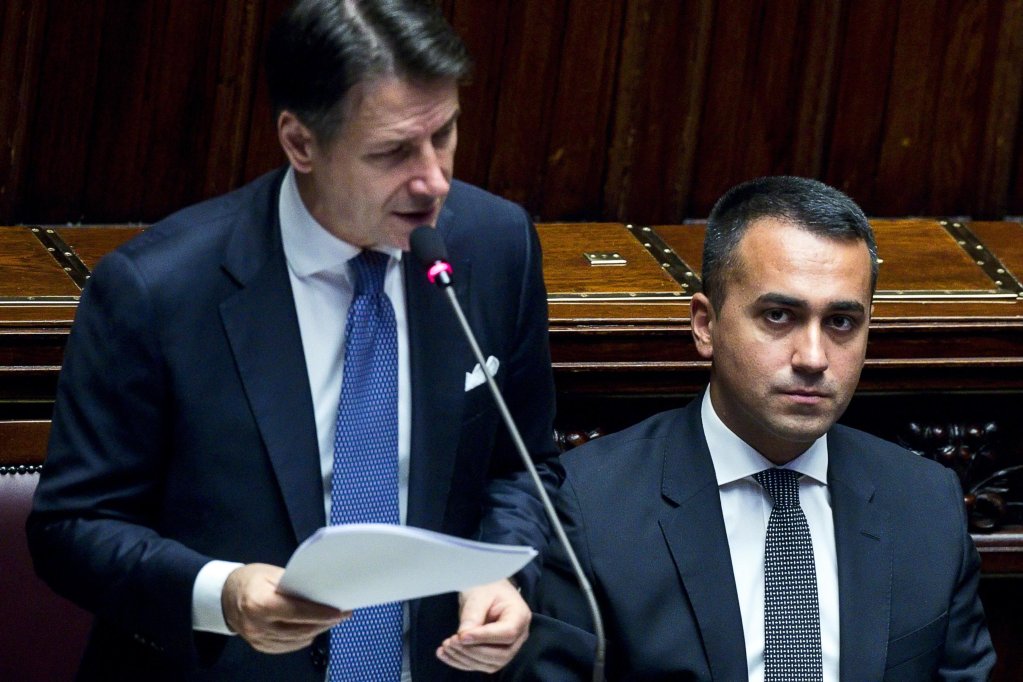 Di Maio calls for potential sanctions on Hungary
Szijjarto in particular criticized Italy's decision to open the port of Lampedusa for the disembarkation of migrants who had been rescued at sea by the private charity ship "Ocean Viking," stressing that Hungary would not participate in any future programs to redistribute migrants. Di Maio responded promptly to the criticism, saying that Italy has been "experiencing an emergency for years caused also and above all by the indifference of some European partners such as Hungary."
He also refloated a proposal for "hard sanctions" for "those who don't accept their quotas," implying Italy's willingness to cooperate with any future EU redistribution programs if there are binding and enforced quotas.
Sanctions for countries that refuse to accept redistributed migrants are part of an Italian proposal for a structural, automatic scheme to divide migrants between European countries, pending reforms to the so-called Dublin Regulation. The topic will be the focus of intense negotiations ahead of a mini-EU summit of foreign ministers in Malta on September 23, which will be attended by top diplomats from Italy, Germany, France, and Malta.

New Italian government hopeful to find solutions
The topic of migrants is a critical test for the new Italian government coalition between the 5-Star Movement (M5S) and the Democratic Party (PD); it is one of the thorniest issues that the EU has had to address in the past few years: While southern EU countries including Italy feel they have to bear the brunt of the migration situation with weekly, if not daily, disembarkations of migrants coming from the African continent and across the Mediterranean sea, countries in the northeast of the bloc appear to be somewhat reluctant to accept full responsibility for these sea arrivals.
Italian Prime Minister Giuseppe Conte says that in recent days, he has been trying to negotiate a European solution to the migrant issue, saying that the climate with his new government has changed and is reportedly completely different than that of his previous government, in which Former Interior Minister Matteo Salvini had closed all ports to private migrant rescue missions. Among the ideas being discussed is that of rotating ports for purposes of migrant disembarkation, which government sources said would be a "emergency-based" solution in be used temporarily until the problem of economic migrants was resolved.
PHOTO: Hungarian Prime Minister Viktor Orban during a press conference in Prague, Czech Republic, 12 September 2019.EPA/MARTIN DIVISEK)