No place for children

Half of all asylum seekers in Germany are children. Whether they have arrived alone or with their families, it's feared that large numbers are being denied the chance of a stable and healthy childhood.

Giving young asylum seekers the opportunity to have a happy and healthy childhood represents a major challenge. Many migrant and refugee children need special treatment for psychological damage suffered from traumatic experiences in their home countries. They live with the anxiety of an uncertain future, and sometimes the threat of being deported or separated from their families.
Without support from loved ones, some unaccompanied children slip through the cracks, ending up as prey for traffickers. Added to this, many children seeking asylum have problems at school, if they are able to attend at all. 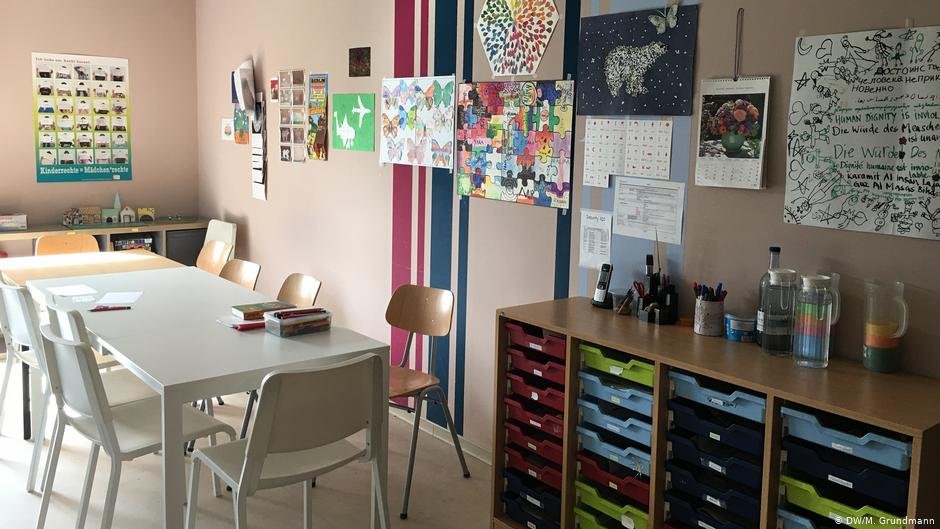 Since 2015, Germany has struggled to cope with the large numbers of refugee children arriving in the country. Even when the number started to decline, the United Nations Children's organization, Unicef, said Germany was not adequately providing for refugee children in many areas from physical facilities to opportunities to play and learn and psychosocial support.
"The backlog in the processing of asylum applications leads to families living in long-term uncertainty, condemned to idleness," Unicef added. "Children whose families are subjected to a poor future outlook are especially disadvantaged."
Germany made changes in 2016 to try to address some of the problems and criticisms from groups including Unicef, Save the Children, World Vision, the German Red Cross and others, but many believe they didn't go far enough.
One of the areas they say still needs to be improved is asylum seeker accommodation infrastructure, which experts say often can compound mental health problems experienced by children.
A DW reporter recently visited a relatively new "modular accommodation for asylum seekers" (MUF) in Berlin. A grey cement complex, the Wartenberger Street "MUF" overlooks an isolated street in the city's northwest. The block opposite is a building site. At the back is a playground where a few children are playing.
The complex houses around 400 asylum seekers, almost half of them children and youths. The ratio of children to adults is about the same across Germany: In the first half of 2019, there were 100,000 asylum applications. 50,000 were for children, mostly under the age of four. 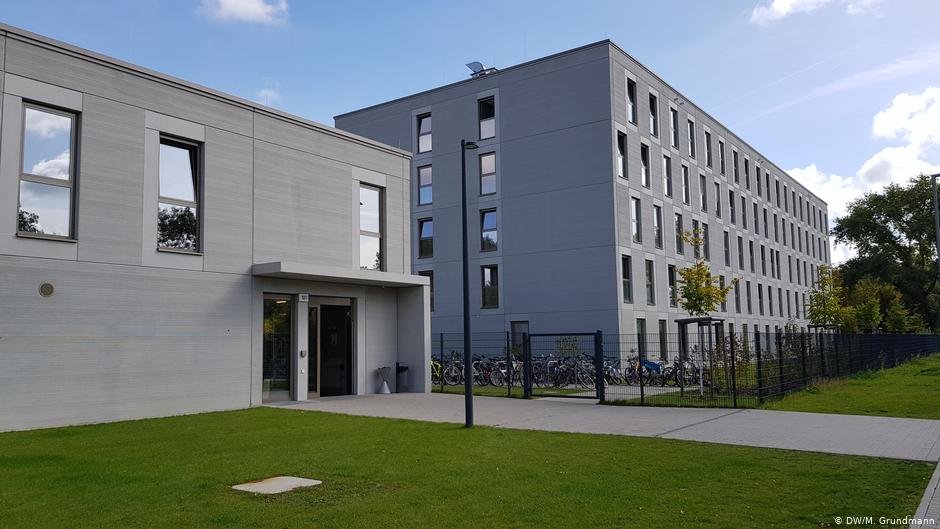 "Unlike unaccompanied migrant children, children who flee with their families often remain under the radar in society," Jörg Fegert, a pediatric psychiatrist at the university hospital in Ulm told DW. "This has to change urgently. Because these children often grow up in cramped conditions and often in an atmosphere characterized by violence and aggression, trauma and depression."
Children's rights groups too have been calling for the situation to change: "We need a stronger focus on securing rights and protecting children who have fled," says Susanna Krüger of Save the Children. While improvements have been made in Germany, more needs to happen, Krüger says.
Putting policy into action
In 2016, Germany developed a concept aimed at ensuring the well-being of children in asylum-seeker accommodation. But establishing whether the measures have been put in place remains a challenge.
One of the problems is that funding is short. Particularly in rural areas, there is a lack of adequate infrastructure – asylum-seeker centers are often remote and can be located a distance from kindergartens or schools. 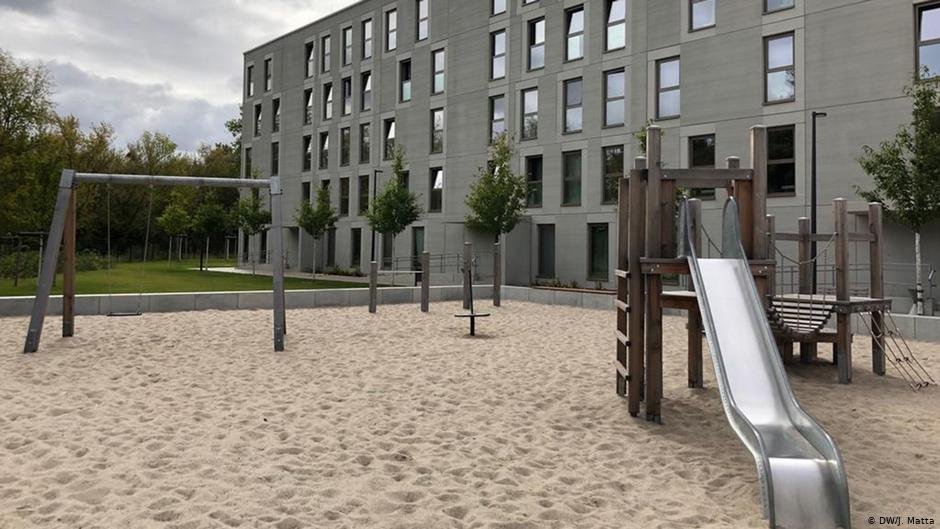 Because of housing shortages, especially in the cities, a lot of families are forced to stay in asylum seeker centers even though they would prefer to leave. 16-year-old Wania from Pakistan has been living in Wartenberger Street with six other family-members for nearly two years. She likes the communal aspect of life here, but she would rather be living in an apartment in the city. "It takes me 40 minutes to get to school," she says. "That's really far away."
Centers not child-friendly
The head of the Wartenberger Street center, Katharina Meinck, says she's happy with the standard of accommodation here. For about 200 children there are two playrooms and an outdoor area with a playground, as well as lots of programs and excursions. "Yes, there could be more play areas," Meinck concedes. "But we're on the right track." 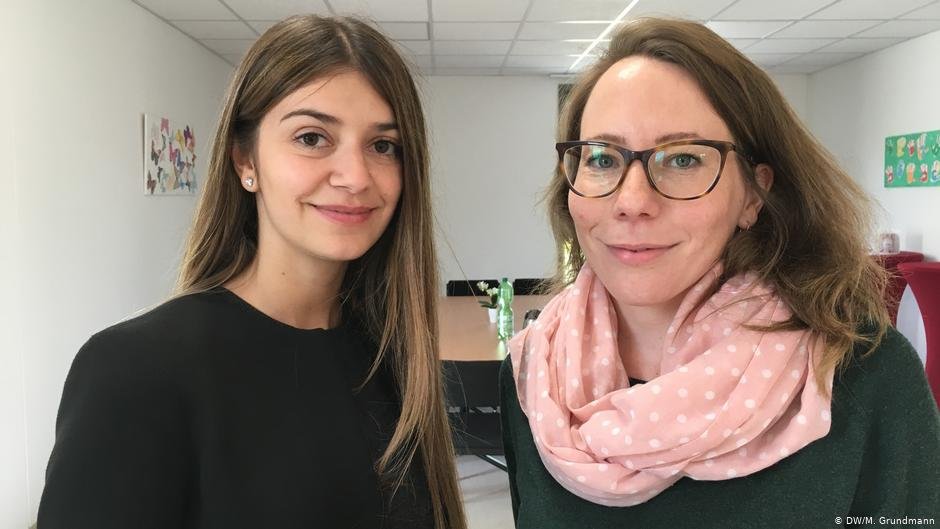 Meinck works closely with a child protection officer. In cases of family violence, for example, they might intervene in order to mediate between parents and the department of youth services. Or they may start a discussion with parents if they think a child is behaving in an unusual way or showing signs of neglect.
Still, residents and carers are agreed: An accommodation center is no place for a real life, and it's no place for a child to grow up.
Mohammed Alee from Iraq has been living in the center in Wartenberger Street for a year and a half. Before that he was in an initial reception center. "Compared with that, this is like a five-star hotel," he says. "But this place is no substitute for your own apartment." Mohammed has two adult daughters. "I'm happy that they didn't have to grow up in a asylum seeker center," he says.
Contact the Association for Unaccompanied Refugee Minors
Phone +49 (0)30 82 09 7430 Email info@b-umf.de
General questions or requests: Mondays 10-12 am, Tuesdays 10-12 am
Telephone counselling: Thursdays 10-12 am and 2-4 pm