Ocean Viking migrants face uncertainty as they disembark in Italy

Many of the migrants saved by the Ocean Viking private rescue boat celebrate their arrival in Italy, as they know they've made it to the European Union. But there's still a long road full of uncertainties ahead for the new arrivals. For the time being, however, they focus on sharing their hopes and dreams.

Having saved a total of 217 people off various boats departing from the Libyan coast earlier in September, the Ocean Viking search and rescue vessel, which is jointly operated by SOS Mediterranee and Doctors Without Borders (MSF), has already embarked on its next mission in Mediterranean waters.

Those migrants on board during this last journey will now embark on the next journey in their lives, with 35 migrants having been accepted by the Maltese government and 182 by Italy, for the time being. They appear to be consumed with mixed feelings and overwhelming impressions; some express that they are grateful to have survived their ordeals at sea while others celebrate their arrival in Europe.

But beyond this initial enthusiasm, there are plenty of questions about the future that will need to be addressed. Following the initial medical and identity checks, the migrants will have to adapt to a new real reality while their asylum applications are being processed for months or even years. 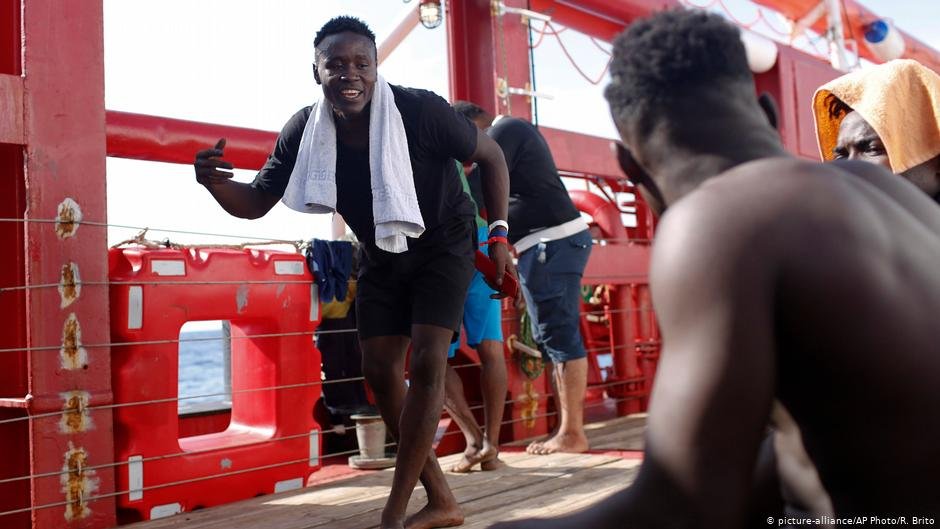 From Nigeria to safety

Nelson Oyedele is one of the migrants rescued during the most recent Ocean Viking expedition. The 37-year-old said that he had embarked on the dangerous journey because of violence and poverty in his native Nigeria: "I don't know where I'm going to end up, I'm just going," he told the Associated Press (AP).

Oyedele traveled with his wife and their four small children – all of whom survived the dangerous journey. He was the only man on the Ocean Viking traveling with his family. The other migrants on board the ship had left behind their families. There were no initial reports of anyone losing their loved ones along their journey, which is an all too common narrative told by migrants crossing the desert and the sea.

"My daughter says she wants to become a doctor," Oyedele said, sharing his own hopes and expectations for a new life in Europe: "She could never become a doctor back in our country. Maybe here she will." 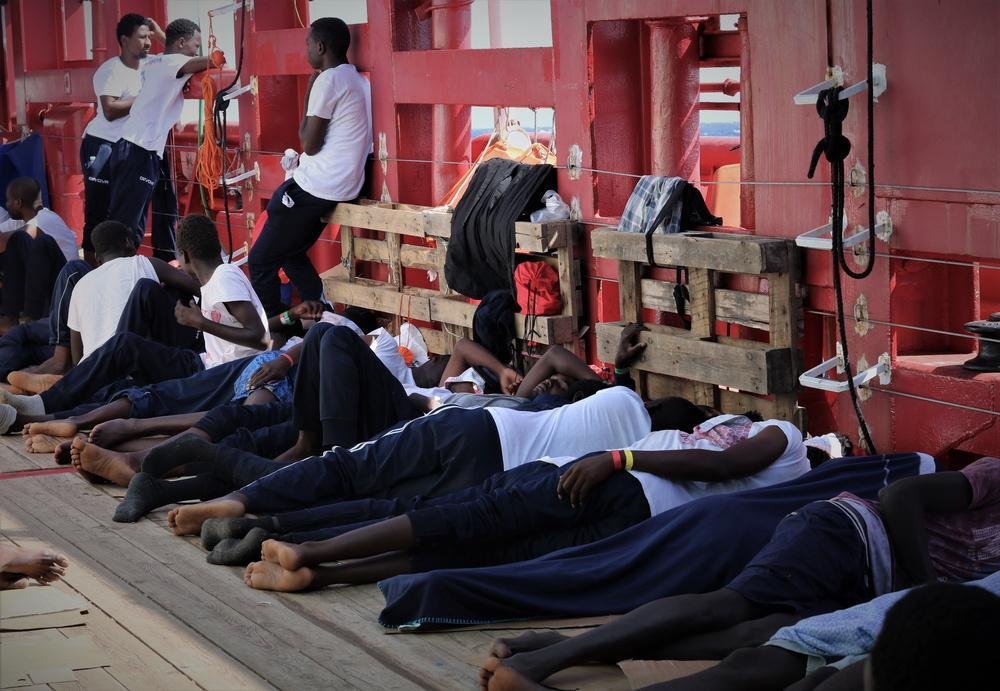 From fyring-pan into the fire

However, statistically speaking, a family like Nelson Oyendele's faces an uphill struggle to be granted long-term protection in the EU. Only those who can prove that they are fleeing war and persecution will have their asylum applications accepted. Those who are primarily motivated by economic opportunities tend to be rejected. West Africans in particular, like Oyendele and his family, rarely succeed in presenting a case that would result in asylum being granted.

In Germany, only 6.5% of Nigerians applying for asylum have received some sort of protection in 2019. For Syrians, who are escaping civil war in their country, the percentage was nearly 84%.

The migrants on board the Ocean Viking this time primarily came from African nations, including Sudan, Cameroon, Guinea, Mali, Egypt, and Morocco. For many, their arrival in Europe is only the beginning of another ordeal. 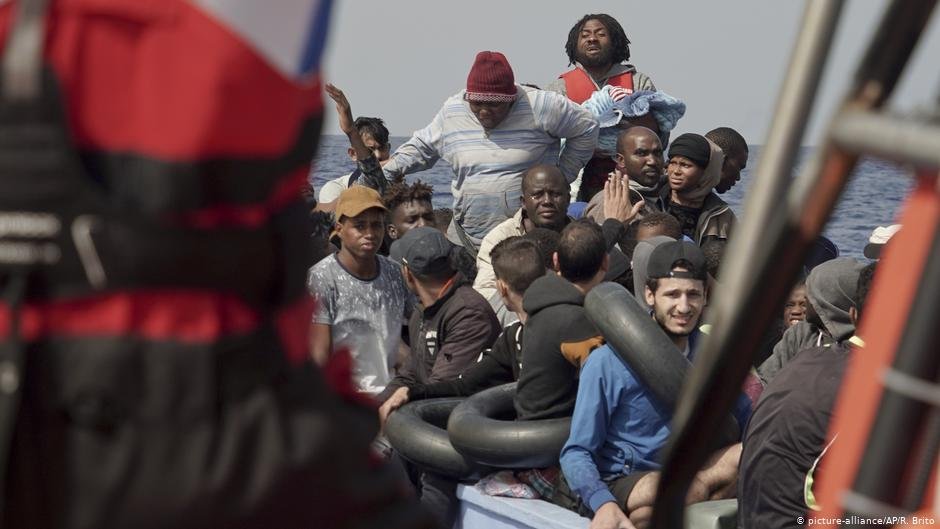 Before their application is even processed and temporary protection even granted, many of the migrants have concrete ideas about what steps they would like to take next, not taking the legalities into consideration

Abdul Kerim told AP that he had fled persecution in Togo and was now hoping to reunite with family members living in Germany. The 20-year-old said that he will work hard to establish a new life in Europe "and give all I have," sharing his dreams about owning his own construction business one day.

However, Kerim does not realize that he has little power over the direction his life takes from now on. Following an EU deal on the redistribution of migrants arriving in Italy set to be signed in October, he may likely be moved to any other member state, where he will be at the mercy of local authorities and their execution of EU-wide asylum policies.

Members of the Italian government recently announced that most of the migrants from the Ocean Viking would soon be sent to other European countries. Furthermore, Abdul Kerim's case may or may even not be successful, and he may be given various forms of protection, some of which don't allow employment or travel.

"If possible I would like my family to join me," Kerim further explained, stressing that his wife and his 2-year-old son remain in Togo. But the issue of family reunification is another can of worms that will likely take him years to even begin to open.

All of these concerns, however, aren't even on the horizon for many of these new arrivals. Their immediate preoccupations are focused on more private matters such as contacting loved ones for the first time since they left the African continent – typically Libya.

Some of them might even have faced the horrors that have been reported from that country, including instances of rape, torture and demands or ransom payments from the migrants' families. Now is their first chance in weeks or months to affirm to their families that they've made it to Europe.

The moment she got cellphone reception, 30-year-old Cameroonian Seke Awa called a friend still stuck in Libya to let her know that she had finally escaped: "I told her we are on the big boat and sent her courage that she needs to have hope."

"One day her suffering may end," she said.