A highly pregnant migrant from Ethiopia currently residing in Germany is expected to be deported to Poland, where she had first filed for asylum. The case is considered to be a particularly challenging implementation of the so-called Dublin agreement.

Under EU law, asylum seekers have to apply for protection in the EU country where they first arrive and also reside there. However, there are certain exceptions to this rule, such as when an asylum seeker gets married to someone who has the right to live in another country.

In the case of a 30-year-old Ethiopian asylum seeker, the interpretation of the so-called Dublin Regulation is proving to be problematic, as the pregnant woman is supposed to be deported to Poland, where she had first entered the European Union.

The case is only further complicated by the fact that the particular kind of protection that the Ethiopian woman falls under is church asylum, which is only semi-legal and is usually tolerated by authorities but has no legal foundation in Germany.

Heran M., who has been given protection by a Lutheran church in the town of Friedberg in the federal state of Hesse, says she left Ethiopia because she suffered political persecution there, belonging to the oppressed Oromo tribe.

The pregnant woman, who is due to give birth in October, suffers from gestational diabetes. The Federal Office for Migration and Refugees (BAMF), however, says that this alone isn't a reason to show leniency. In a letter addressed to the woman, BAMF said that there were "no unusual circumstances to this case."

It added that having failed to produce a doctor's note, there were no indications that any "considerable deterioration" of the woman's overall health or that of her unborn daughter could be expected if she were to be sent back to Poland, and that her health was not a case of "humanitarian hardship."

The migrants' rights organization Pro-Asyl added that much to Heran M.'s detriment, the deportation could be legally justified but only as long as her daughter was not born yet, as according to German law, a relationship between a mother and a father in only established once a child is born.

The Lutheran church says that applying for church asylum was a last resort in the pregnant woman's case, implying she had exhausted other options to prolong her stay in Germany during her pregnancy.

No protection under Basic Law

Heran M.'s partner, who is currently in the process of being naturalized as a German national having lived in the country for a decade, readily accepts the paternity; if he was already a German citizen, he could likely sponsor the woman's stay by marrying her. However, the pair cannot get married as Heran M. lacks the required papers required by law to apply for a marriage license.

BAMF argues that since the pair are not married, they are not considered as a family and would therefore not be protected by the law as such. It also stressed that unions that resemble marriage do not qualify for such protection.

"We can only hope that our child will be born healthy and safe in Germany," Heran M.'s partner Jared D. told the German public broadcaster Hessischer Rundfunk. 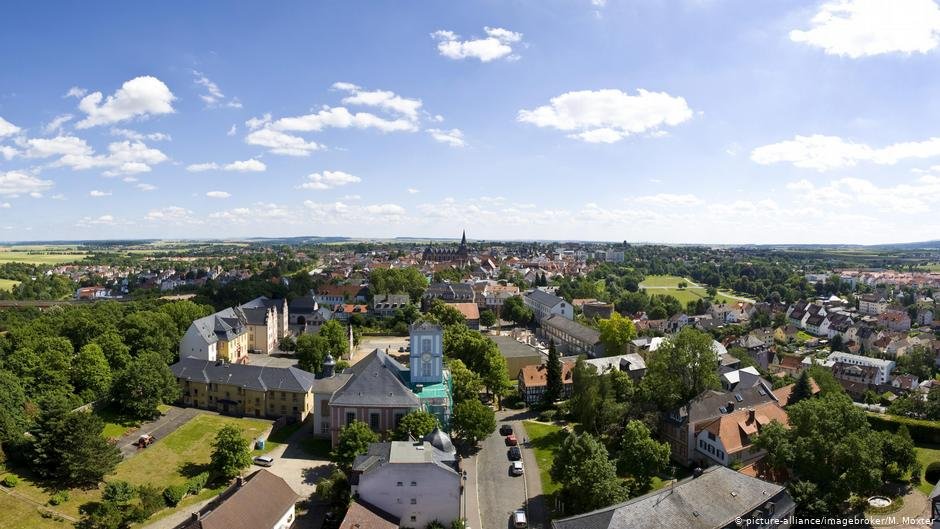 No protection for unmarried couples

The Lutheran church now wants to launch an appeal, saying that Germany's Basic Law, which serves as the country's constitution, makes special provisions for the protection of families under Article 6. In the meantime, it intends to continue to give shelter and protection to Heran M.

But if the church refuses to accept the BAMF decision in the long term, church officials could get in trouble if they continued to protect Heran M. from being sent back to Poland. In the past, churches in other parts of Germany have been subject to police raids in similar cases involving church asylum.

For the time being, Heran M. is safe: her pregnancy is so far progressed now that she qualifies for maternity protection. However, this only applies to the period six weeks before and eight weeks after giving birth. What happens next, remains to be seen.

During an interview with Hessischer Rundfunk, Heran M. said: "I'm worried about what the future holds."

With material from KNA