Libya's coast guard rescued 71 migrants stuck at sea over the weekend. While none of them were hurt, some required medical attention upon their return to Libya, according to reports. The migrants have reportedly since left the care of Libyan authorities.

The Libyan navy and the UN refugee agency (UNHCR) both confirmed that a coast guard patrol intercepted 71 Europe-bound migrants on a migrant boat in the Mediterranean Sea near the coastal city of Khoms, about 120 kilometers (75 miles) east of the capital Tripoli, on Sunday.

According to the International Organization for Migration (IOM), the migrants have since been brought to shore to disembark back in Libya.

🚨Breaking: Some 70 migrants who were in distress off the Libyan coast for at least two days and whose boat was reported to have capsized have just been returned to Libyan shore. @UNmigration @fedsoda

Reports had first surfaced on Saturday that an inflatable boat carrying scores of migrants had capsized off the Libyan coast and that the Libyan coast guard dispatched a boat to search for them. The migrants were reportedly in distress at sea for at least two days.

Alarm Phone, an independent organization supporting shipwrecked migrants in the Mediterranean, said that the migrants were stuck at sea for much longer than officially acknowledged, scolding authorities for their alleged inaction.

A rubber boat can capsize at any moment. European and Libyan authorities knew that but left the boat at risk for 2 days. This is a scandal and we hope that the 2 people in critical condition will not lose their lives because of such collective EU-Libyan policy of non-assistance.

Upon their arrival, the migrants were provided with medical and humanitarian assistance. The Reuters news agency meanwhile also reported that many of them had since managed to flee, adding that "no attempt was made to capture them," according to information from a Libyan navy official.

"After the illegal migrants were brought back to the shore at around 9:30 am, they fled," the official told Reuters. The navy official also said that there were "no orders to use force to intercept the migrants, and officials did not try to move them to detention centers," which are run by Libya's internationally recognized Government of National Accord.

A coast guard spokesman in Tripoli, Ayoub Qassem, however said that the migrants had been released after failed attempts to move them to a detention center, which are known among migrants for their overcrowded and inhumane conditions and reports of human rights abuses. 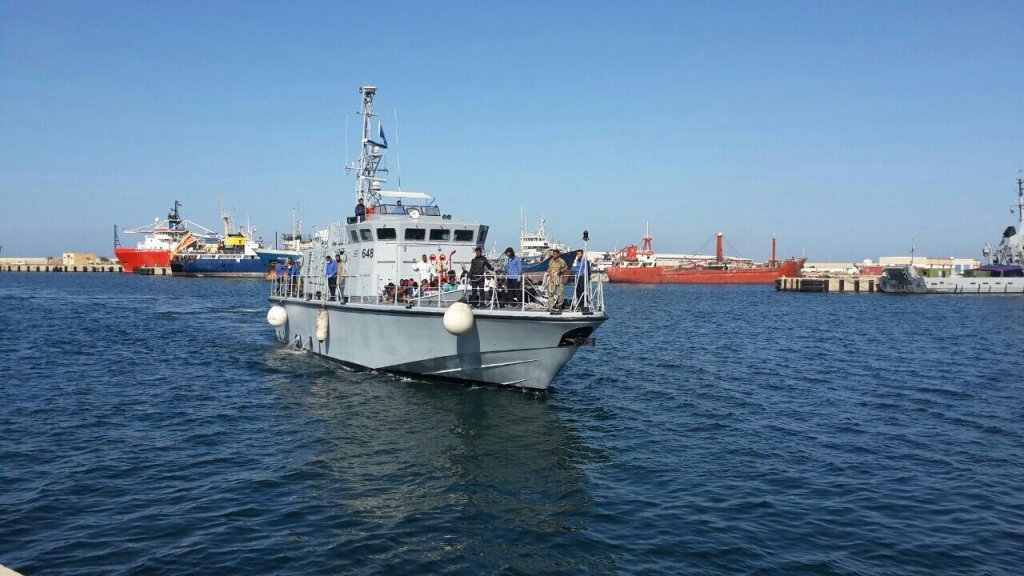 Precarious situation for migrants in Libya

Libya has become a major transit route for migrants trying to enter Europe, most of who tend to originate from other parts of Africa. The country has gradually descended into civil war following the 2011 ouster of long-time dictator Muammar Gaddafi, with rivaling groups fighting for control over the North African nation.

The violence has also affected migrants hoping to use Libya as their point of departure: More than 40 migrants were killed in an air strike on the notorious migrant detention center in the Libyan town of Tajoura, where it is alleged that migrants are used for forced labor in a weapons factory.

Elsewhere in Libya, there have been reports of sexual violence, torture, extortion and slavery of migrants, in particular at migrant detention centers. 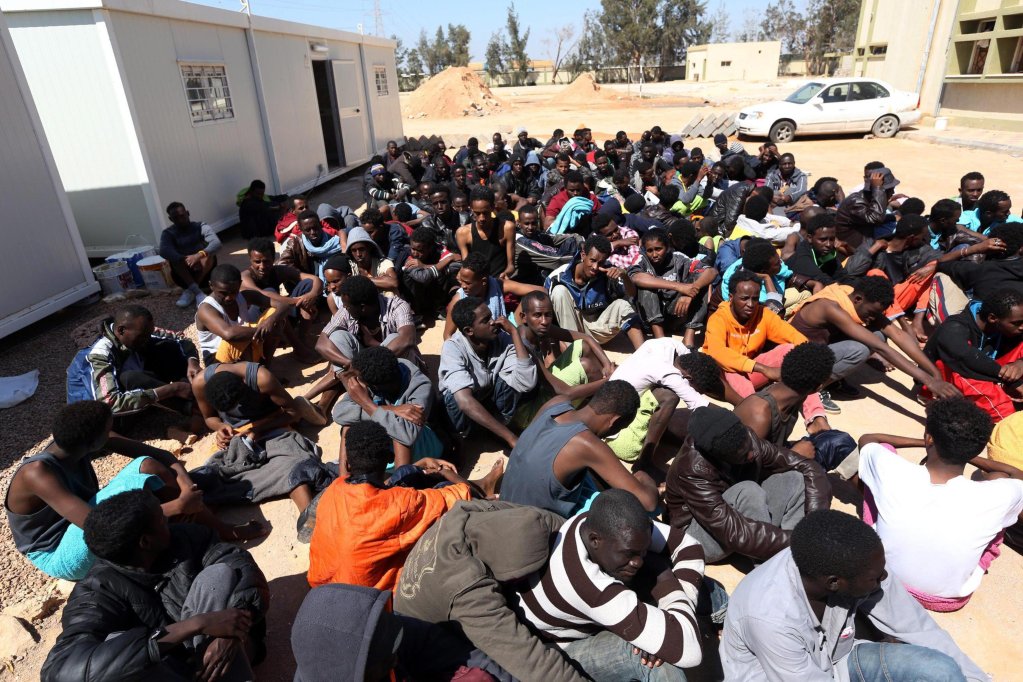 The European Union nonetheless encourages Libya's coast guard to intercept migrants at sea and to bring them to the country. But that policy doesn't always work out as intended as people smugglers are constantly finding new routes and methods to traffic migrants into migrants, many of whom are heading to Italy's Mediterranean islands in a bid to reach the EU.

According to the Italian Interior Ministry, sea migrant landings in Italy have increased in September for the first time, after a constant year-on-year decrease since the start of 2018.