Imprisoned in Hungary, return to Cyprus

Amnesty International reported at the weekend that Ahmed H., a Syrian man who spent four years in Hungarian prisons after being “unjustly convicted” of terrorism charges, has finally been allowed to return to his wife and family in Cyprus.

“After four long years of separation, Ahmed has finally been reunited with his family, just in time for his elder daughter’s tenth birthday,” said Giorgos Kosmopoulos, Amnesty International’s Greece Campaigner, in a press release on September 28. “His return home to Cyprus is an overwhelming relief for the family,” Kosmopoulos continued, “but he should never have been prosecuted, let alone convicted on those trumped up charges in the first place.”

In June 2019, InfoMigrants reported on Ahmed’s case. At the time, he was in an immigration detention center after being released from a Hungarian prison in January 2019. In theory, he should have been able to return to Cyprus at that time but since his passport and residency had expired while he was in prison, he needed permission from the Cypriot authorities which was not granted until now.
Stuck in administrative limbo
As a Syrian national refugee, he was unable to renew his passport. The Cypriot authorities were also questioning his right to be in Cyprus because of his terrorism conviction, in spite of the fact his wife and daughters are Cypriot nationals and Ahmed H had previously lived a long while in Cyprus and conducted business from there.
Ahmed’s odyssey began in 2015, when he left Cyrpus to meet his elderly parents and other family members as they made their way toward the Hungary-Serbia border in an attempt to cross the border from Serbia into the EU. The day before the family arrived, the Hungarians, explains Dr Áron Demeter, advocacy and media manager of Amnesty International’s bureau in Budapest, had closed the border with Serbia and protests had broken out. 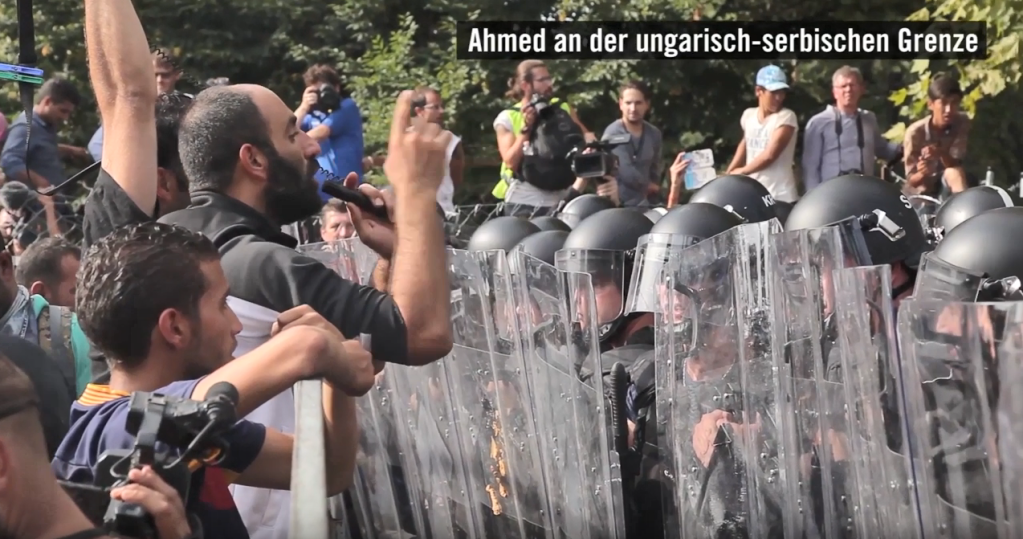 “Because Ahmed could speak English, he ended up trying to negotiate with the Hungarian authorities on behalf of the few hundred people gathered at the border who were hoping to cross,” explained Demeter. Amnesty cites police footage of the incident to prove that Ahmed was “trying to calm down the crowd and trying to find a peaceful solution to the matter.”

Demeter says the only act that Ahmed committed was throwing five stones at the Hungarian police. But he was among 11 people apprehended that day and the only one charged with terrorism. Since throwing stones and using a megaphone “cannot be classed as terror,” Amnesty deemed Ahmed’s conviction “wrongful” and said that proceedings against him were unfair.

In the end, Ahmed’s conviction took years to establish. After several twists and turns, his final conviction came in September 2018. He was handed a five-year term with conditional release which was granted in January 2019. Then the Hungarian authorities wanted to deport him to Cyprus but his expired residency permit stood in the way. 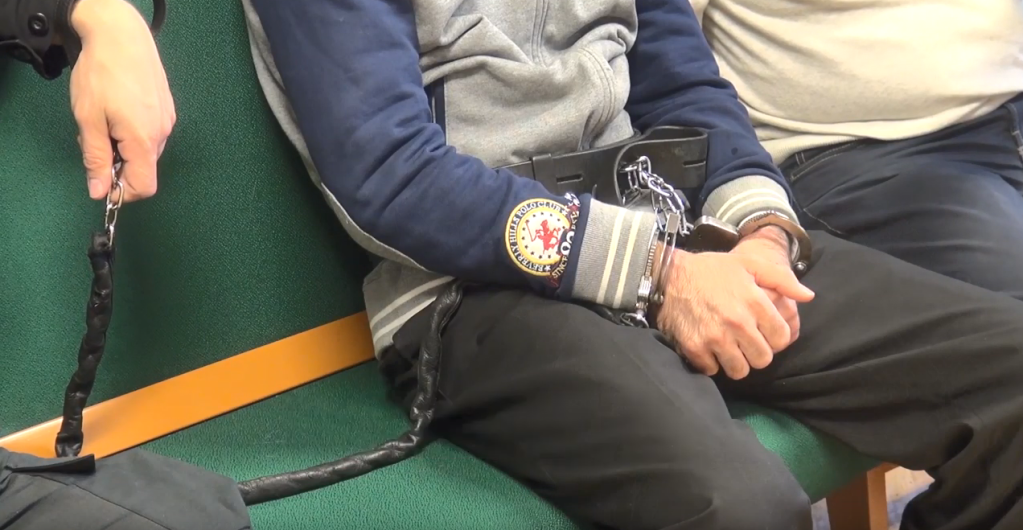 Amnesty International began advocating for him with the Cypriot authorities. Julia Hall, Amnesty International’s researcher on counter-terrorism and human rights, told InfoMigrants in June 2019 that Cyprus had been considering his case ever since. The Cypriot government said they were assessing whether Ahmed H. could be considered a threat to national security.

The toll on the family and Ahmed himself has been huge, says Amnesty. Eda Seyhan, Amnesty International’s Europe Counter-Terrorism Campaigner, explained that even though Amnesty are pleased Ahmed has finally been allowed to return to Syria, his wrongful conviction and long imprisonment should never have happened in the first place.

“Ahmed’s case is symptomatic of a wider issue across Europe. That is the broadening and increased misuse of counter-terrorism laws against people who had nothing to do with terrorism,” said Seyhan. “As long as these types of laws are on the books, cases like Ahmed’s can happen. […] We need to be wary of continuing to broaden those laws because the chances of catching people like Ahmed in these laws is extremely high.” Seyhan says that these laws tend to affect the Muslim minority in Europe and among them many refugees, asylum seekers and migrants.

Seyhan says Amnesty have have found that it is not just Hungary which has started to broaden counter-terrorism laws. “In France we have looked at the use of administrative counter terrorism laws with very weak evidence of any link to any actual acts of political violence. We did research in Spain of the use of counter terrorism laws to stifle the free speech of artists and musicians, people on social media and quite a broad range of individuals who had no links to armed groups or those advocating political violence.”

Things are different in different countries, says Seyhan, “but there is an overall theme of an expansion in the powers of the state to identify and control those that they deem to be risky and with that the risk that it is used against people who have nothing to do with armed activity or those advocating political violence at all.”

Now Ahmed is back, Seyhan says his family are “extremely relieved to […] have him back […] where he belongs.” Amnesty says there has been, to date, no official statement from the Cypriot authorities. 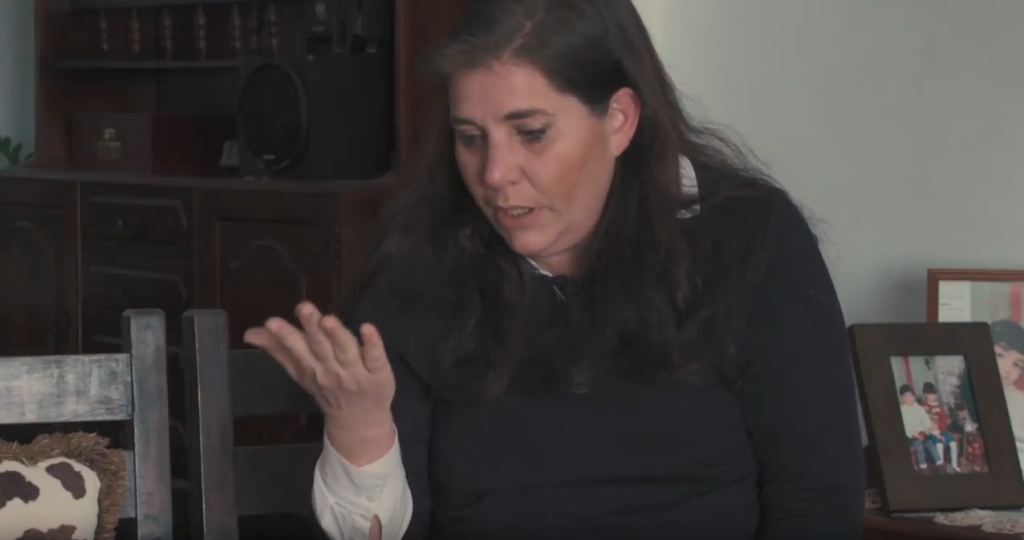 However, Amnesty feels that since Cyprus is signed up to both the European and the International Convention of Human Rights, the authorities couldn’t justify separating him from his family for any longer. “From our perspective, there were clear grounds for Cyprus to permit Ahmed to return home. He has the right to a family life and that is enshrined in conventions that Cyprus is a party to. So there are clear reasons why this was the right decision.”

That right can be restricted in the interests of national security, says Seyhan. But Ahmed’s case should never have qualified because “terrorism charges were misapplied in that case," Seyhan concludes.

The family doesn’t want to speak to the media directly. “It is important for them to spend some time together after so long apart,” explains Seyhan. Ahmed now has the right to stay in Cyprus as the spouse of a Cypriot resident, clarifies Seyhan. “He has a good support network in Cyprus. He lived there for a significant period before leaving. He has a loving and large family in which to reintegrate. I am confident that he will hopefully be able to regain what he had before he left.”

This, however, doesn’t negate the fact that the last four years have been long “dark and difficult,” says Seyhan, adding that this kind of thing should not be happening.