'Islamic State' returnees in Kosovo guided back into society

Thousands of foreign 'IS' supporters are held in Kurdish camps in Syria. Most European countries refuse to repatriate them, but Kosovo is bringing its citizens home. DW met with one female returnee under house arrest.

Mensur Hoti chain smokes. In a cafe in the Kosovar capital, Pristina, the country's director of public security reveals the secret operation that took place in the early morning hours of April 20. Hoti was responsible then when a chartered plane landed in Pristina under cover of darkness. On board: 110 Kosovar citizens — returnees from the so-called Islamic State (IS), who had last lived as prisoners in Kurdish camps in northern Syria. Not even the relatives of the returnees knew anything.

Return from Syria at night

Coordinating the complex logistics of the repatriation left him sleepless for days, Hoti recalls, taking a sip from his coffee cup. His country has no official relations with the Kurdish contingent of the Syrian Democratic Forces (SDF), which controls a large area in northern Syria. US forces, which are allied with the Kurdish-led military coalition and have stationed troops in the area, made Kosovo's repatriation of the former IS adherents possible. 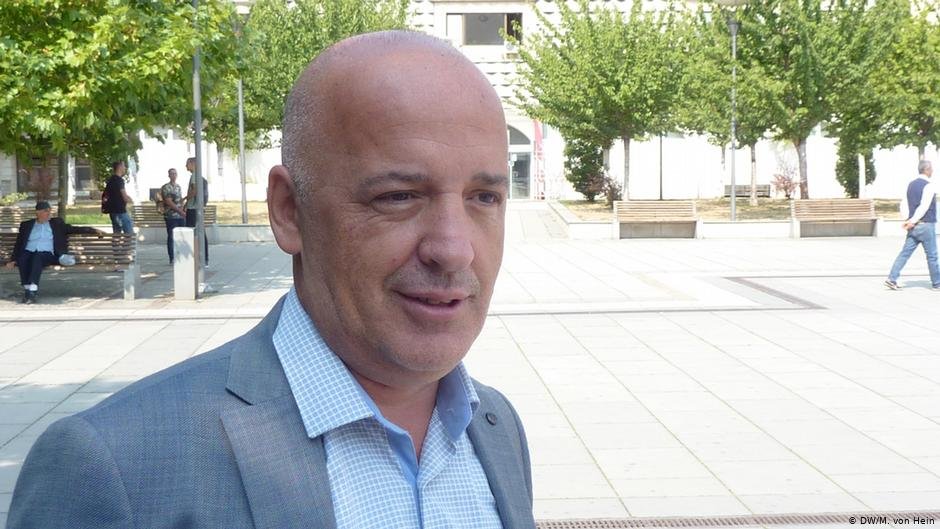 The Pristina airport was shut down to the public when the 32 women, 74 children and four men were brought back to Kosovo in April and transported on dimmed buses shortly thereafter. Men were sent to the high-security prison Podujeve; women and children for medical and psychological examination in the Vranidol arrival center.

"We should have in mind that in the last months they suffered a lot. They were in the camps with a lot of problems: No food, no hygiene, and other issues," Hoti reports. But the hardest part of working with the IS returnees, he says, is still ahead for Europe's youngest state: "The ideology part — it will be a challenging process to deal with all of them."

The caliphate of the mind

This becomes clear at the meeting with Vlora. Like the other Kosovo returnees, she has been back home for almost half a year. Vlora is an assumed name — she cannot reveal her real one. Like all other returnees, she is under surveillance and remains under house arrest on her parents' farm in a small Kosovar farming village. She sits in the shade of an oak tree as roosters crow, a cat roams around, and sunflowers sway in the wind. The scene looks idyllic. But the broken windows of her parents' house bear witness to poverty.

The other women in the family wear airy, colorful skirts. But not Vlora. All you can see of her is what is visible under a narrow slit for her eyes. The rest of the slight 22-year-old disappears under a black veil that covers her from head to toe. During the conversation, she constantly rubs her hands.

For five years Vlora lived in the terrorist "caliphate." She does not want to take off her full veil, the niqab, even at home. Religion still plays a big role in her life, she says, as her two-year-old child trudges around the garden with too-big shoes. The family asks DW to keep the child's sex secret to avoid the public drawing conclusions.

The little one will never get to know his/her father. "I was close by when he died," says Vlora. "We were together just before it happened. Then he went out and was hit by a rocket." He was the second of the three IS fighters Vlora has married in her young life.

The Kosovar national with whom she moved to IS territory at age 17 also died for the terrorist militia. At that time Vlora lied to her father, saying she wanted to go on vacation in Turkey. Her third husband is still alive and is being held by Kurdish authorities in a northern Syrian camp. He comes from the Balkans, but not from Kosovo. Vlora does not want to talk about him.

When she came home in April, her child was so weak that he/she could not even stand. The months they spent in the Kurdish camp Al Hol were bad. It was even worse in the final phase of IS fighting, when the jihadis' rule shrank to the village of Baghouz on the Syrian-Iraqi border. There, Vlora recalls, in the end there was nothing left to eat. At times, they lived on just one date per day and ate grass out of desperation.

Between regret and ideology

Vlora now says that joining IS was a mistake. However, she does not understand why she and other returnees will soon face charges in Kosovo for membership in a terrorist organization. "We were only at home and did not do anything," is her justification. "We had no bad intentions and only followed our men." It is an argument that keeps cropping up among the wives of IS militants.

She does not want to hear about the executions or other atrocities committed by IS; all she saw was wartime destruction, she says. Above all, Vlora sees herself as a victim and hopes that she will be spared imprisonment. She wants to reintegrate into society, she says. At the same time, however, she expects "people to accept me as I am and accept that I wear the niqab."

It was only through a friend calling him that Vlora's father learned of his daughter's return in April. Remembering that moment of relief brings tears to his eyes. At the same time he seems distraught: His daughter is now living with him again, but he does not seem to be able to really reach her. "She is still very closed," he tells DW. In the past, she did not wear a headscarf. "Now it is strange for me that Vlora prays so much and practices her belief so strictly."

Valbona Tafilaj knows Vlora and the other returnees. With a team of 20 psychologists and psychiatrists, Tafilaj accompanies the returnees on their way back into Kosovar society. Everyone was traumatized upon their arrival, says the lively psychologist. "They came from a war zone. They experienced cruel crimes and heavy bombardments." 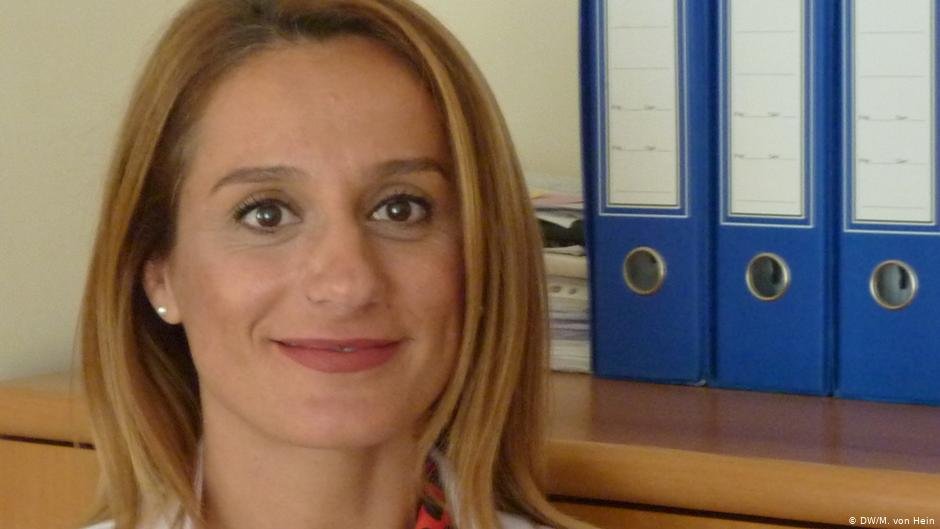 Tafilaj's main task is to win the confidence of the returnees. Once a month she visits the women at home in a process also designed to involve the families and neighbors in the process of reintegration. For their therapeutic sessions, however, the women and children have to travel to Tafilaj's office in the psychiatric center of the Pristina University Clinic.

The psychologist proudly reports that all children over the age of six were able to start school in September. To prepare for school life, there have been trips to amusement parks and climbing gyms to test whether the children are already ready for school life. Because their mothers are under house arrest, the children are also restricted in their freedom of movement. When asked whether she considers one of the 32 IS returnees to still be dangerous, Tafilaj refuses to answer on grounds of medical confidentiality.

But do the returnees pose a security risk? And if so, to what extent? It is a question that consumes Fatos Makolli, the leading anti-terrorism official in Kosovo. The small Balkan state has less than 2 million inhabitants, but no other European country has seen such a high number per capita leave to join the so-called caliphate — in the case of Kosovo, the figure is estimated to top 400 individuals.

For comparison: Germany has 82 million inhabitants, from which an estimated 1,050 jihadists left to join IS. Germany, the UK and France continue to oppose efforts to bring back their citizens from formerly IS-held territories in Syria and Iraq. There have only been a few occasional exceptions granted for children. 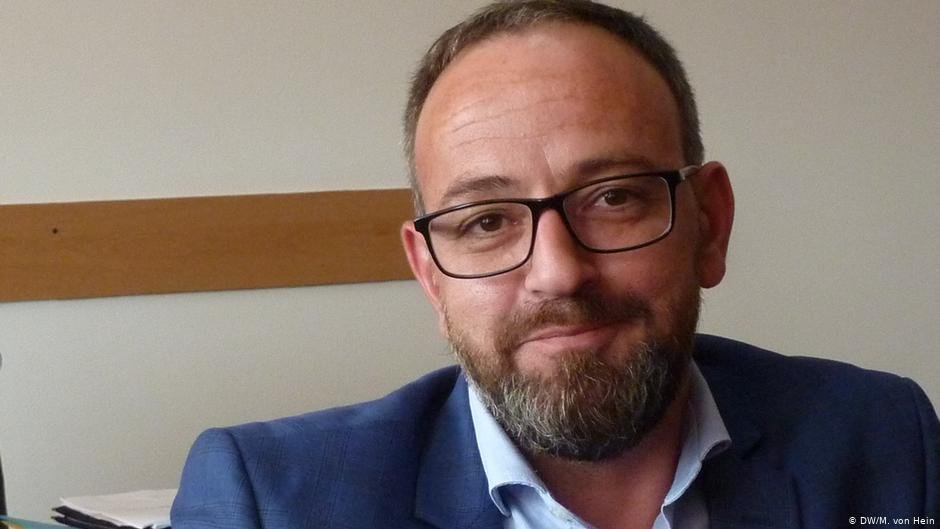 In his office on the eighth floor of the government building in the center of Pristina, Makolli explains why his small homeland, of all places, has chosen to take a different approach. He says that already last October, when the military end of the self-proclaimed caliphate was foreseeable, intensive discussions took place on how to deal with the Kosovar IS supporters. Pristina's stance was that the ex-jihadis would probably not be able to stay under the supervision of the Kurds forever, and that a real danger of escape and recidivism existed.

"As a government we decided that we should repatriate them," says the anti-terrorism fighter. "We should take some risk, which is controllable. We know where the people are, we prosecute people that have committed crimes. and we do our best to try to reintegrate them, rehabilitate others."

According to Makolli, Kosovo has experience with legal proceedings against Islamist extremists. Since 2014, over 150 IS supporters have been arrested, and more than 80 sentenced.

Influence campaigns on the young

More than 95% of Kosovars are Sunni Muslims. Traditionally, they follow a liberal Islam, and many live a secular existence. But after the Kosovo War in 1999, the influence of conservative currents grew. Makolli blames Saudi Arabia and other Gulf states for this influence. There was a clear intention to "revive Islam in Kosovo," he says, and to politicize it by training imams. Arab aid organizations have rushed work with children, he says.

In the mid-2000s, the effects of the Wahhabi and Salafi ideologies became apparent: Family conflicts started materializing, including children "not talking to the women, not attending their family events, not agreeing with their parents, claiming that they are not proper Muslims. [Saying that] in order to be a Muslim, you have to follow this strict way of practicing Islam."

The high level of unemployment, lack of future prospects for the predominantly young population and escalating corruption did the rest: Kosovo became a focal point for radicalization.

Kosovo as prototype for repatriation?

While acknowledging that general public opinion on the issue is divided, public security official Hoti stresses that taking the returnees back "was the only way to deal with all these problems. They were our citizens and we are obliged by our Constitution to take care of all citizens, wherever they are."

The German position seems to be the opposite. The Foreign Office in Berlin still retains the argument that there are no diplomatic relations with either the Assad regime or the Kurds in northern Syria. Therefore, no German citizens could be brought back.

This was not a problem for Kosovo, Hoti emphasized in a conversation with DW. "Like your country [Germany], we don't have diplomatic relations or report with anyone in Syria right now. But if we look carefully, we see that the local authorities in Syria have made the request for all countries to take back their own citizens. And this process for us was not a problem. It was not too difficult." 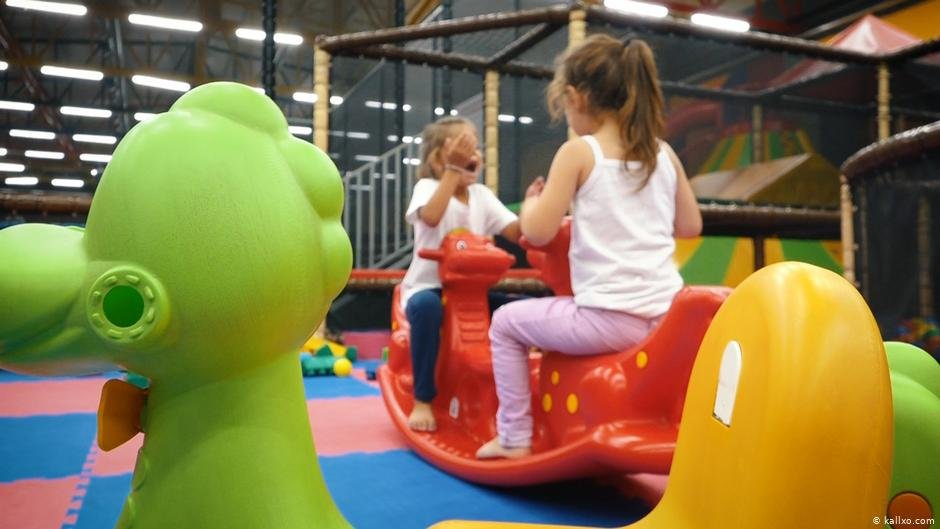 This is also the view of the US, without whose help the Kosovar return action would hardly have been possible. Under President Donald Trump, the US government has urged Europe take back its citizens to relieve the Kurds of the responsibility. The press release issued by the US Embassy in Pristina following the overnight secret operation read: "With this repatriation, Kosovo has set an important example for all members of the global anti-IS coalition and the international community."

Hoti echoes the US statement. "It's well known now — we had great help and support from United States of America to bring our citizens back." If the political will is there and mechanisms are in place such as those Kosovo has set up, "this logistical part can be arranged" by other countries, he underlines.