The international human rights organization Doctors of the World says it won't continue to run medical clinics at an asylum seeker center in Bavaria. The group says the living conditions in the Anchor Center make it impossible to provide proper treatment.

The German branch of Doctors of the World has announced that it is pulling out of the so-called Anchor Center (known as "Anker"-Center in German) in Manching-Ingolstadt in Bavaria as of the end of October.
The organization was joined by a number of other groups in criticizing the one-stop processing facilities for asylum seekers during a hearing of the state's parliamentary committee on legal affairs in late September.
Despite calls from the Greens party for the Anchor Centers to be shut down, the chief of the Federal Office for Migration and Refugees, Hans Echkard-Sommer, defended the system and said the centers had made asylum procedures faster and more effective, according to reports in the Die Welt daily newspaper.
'Sickening living conditions'
Doctors of the World has been offering an onsite clinic twice a month since January, providing psychological and psychiatric care to asylum seekers in the center. The Ingolstadt facility was the first "Anker" Center (Arrival, Distribution, Decision and Return facility) to open in Germany. Located in a former military barracks, the center was intended to accommodate asylum seekers from "safe countries of origin," such as Bosnia, Serbia and Macedonia.
"The sickening living conditions in the Anchor Center at Manching/Ingolstadt prohibit successful treatment," said Professor Heinz-Jochen Zenker, a psychiatrist and committee chair of Doctors of the World. "Under these circumstances, Doctors of the World cannot take responsibility for the condition of patients with severe mental illness and for their medication." 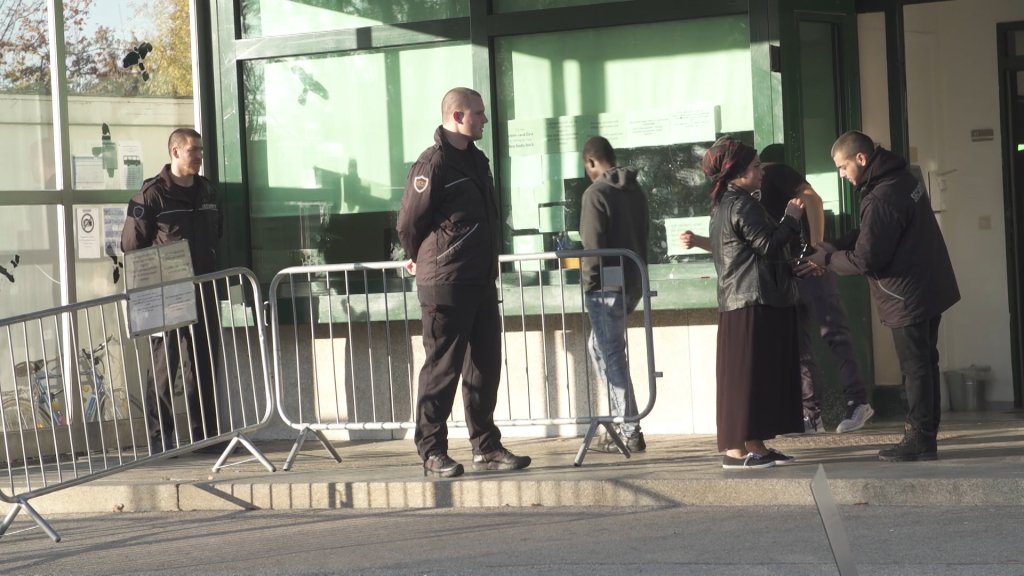 The group said factors like inadequate protection from assault, lack of privacy, and disturbances at night, as well as uncertainty about the future and insufficient control over their own lives meant that patients could not even be made stable, let alone cured. The group said medical teams were under too much pressure as a result.
No system to identify vulnerable migrants
Some people who attend bi-monthly clinics offered by Doctors of the World at the Manching facility have been severely traumatized through experiencing war, rape and other forms of violence, according to the organization. Yet they often find their way to the clinic "by chance".
The group also says there is no systematic procedure in place at the Anchor Center to identify highly vulnerable residents. And even when special needs are recognized, there is no procedure nor sufficient personnel to provide the necessary support.
Doctors of the World says despite the fact that it has raised these concerns in the past, only minor changes have been made as a result, and the "sickening structure of the facility remains in place."
The organization says it had "no choice" but to withdraw from the facility, though it will continue to provide support to staff who remain in the center. The psychological counselling and psychiatric walk-in clinic in Munich will continue to operate.

Three German states, including Bavaria, last year turned nine reception facilities into Anchor Centers. Asylum seekers are supposed to stay at the anchor centers for up to 24 months while their applications are being processed — and they either receive asylum or get deported.

Since their launch, the concept of the holding facilities has been repeatedly criticized by NGOs while the government has called them a success. This summer, the Bavarian and Munich refugee councils together with a network of partner and support organizations launched the “ANKER-Watch” website to document and “critically monitor” the situation inside the seven Bavarian anchor centers.
Doctors of the World's open.med project in Munich offers a walk-in clinic for people without health insurance on Tuesdays from 4-7 pm and Fridays from 10 am - 1 pm. Address: 161 Dachauer Strasse, Telephone: 089 4520 7658 or (hotline) 0177 511 6965