The Spanish non-profit organization Proactiva Open Arms has rescued 44 people from a wooden boat in the Mediterranean. The chief of mission of the rescue boat says Malta told him not to help the group, which included a young child and a baby.

Some hours later the crew reported that they had rescued 40 people. "We found them in a wooden shell and took them to the Open Arms," they tweeted. "At the same time near Lampedusa, 30 people died in a shipwreck. The search for bodies is still on."

🔴#BREAKING 40 people rescued last night in the dark. One child and a baby among them. We found them in a wooden shell and took them to the #OpenArms. At the same time near Lampedusa, 30 people died in a shipwreck. The search of bodies is still on.
This is #Med: life or death. pic.twitter.com/1xtdbnGZTT

Canals said that Malta's rescue coordination center told the group not to offer the migrants any assistance, saying that Italy would probably send a patrol boat from Lampedusa, about an hour away.

But Open Arms decided to rescue them anyway after waiting five hours because the boat wouldn't have made it to land without fuel and faced adverse weather. All 44 rescued -- 38 men, four women, a 4-year-old boy, and a baby -- were in good condition.

"The surprise was to hear Malta's instructions - who told us to let them continue to sail. We are evidently talking about a vessel in distress, an overcrowded boat without any type of guarantee that it can reach anywhere, and evidently without enough fuel to reach the island of Lampedusa," Open Arms founder Oscar Camps told a news conference near Barcelona.

Malta's government declined to comment, according to the Associated Press. 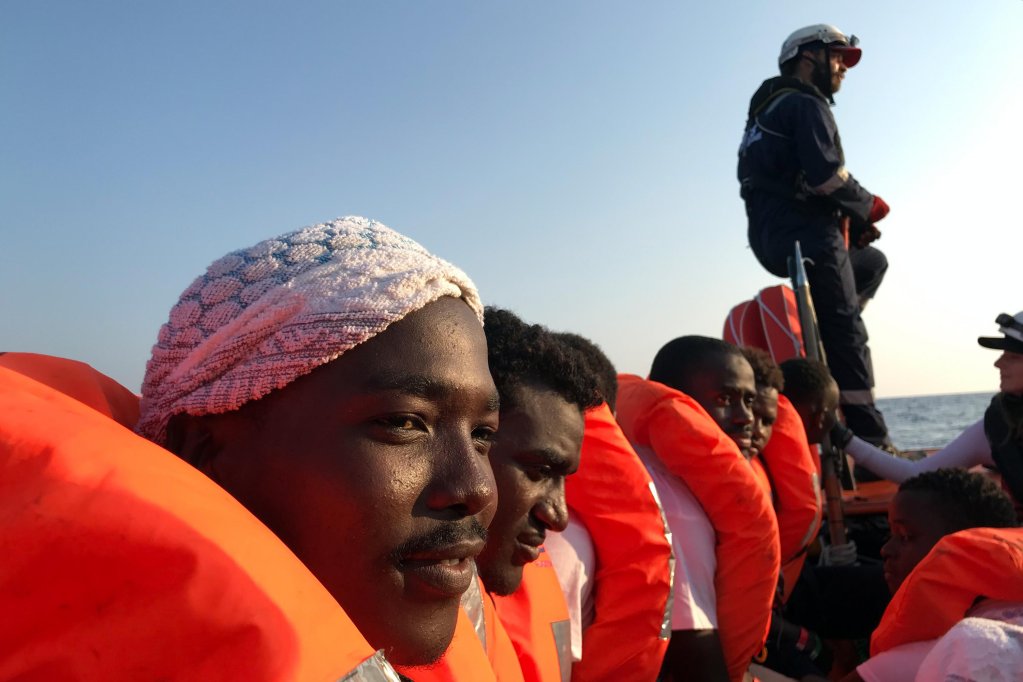 Camps said that if Open Arms had been cleared to rescue the 44 earlier -- instead of waiting five hours -- the ship could have been available to sail to Lampedusa and help in another rescue there -- possibly saving lives. But he said they were not called, which he said was an indication of authorities' reluctance to coordinate with the NGO.

"Once again we denounce that these boats are in distress," Camps said. "They are by themselves, vessels in danger, because of the dimensions, the overweight (overcrowded) and the lack of navigation capacity and little security guarantees they can offer."

"They must be intervened immediately they cannot be left to their own luck," Camps added.