EU fails to cement agreement on migrants rescued at sea

Migrants brought to shore by sea rescuers are to be distributed across the EU. But the bloc's interior ministers failed to draft a blueprint on how to do so at their recent summit, Bernd Riegert reports from Luxembourg.

Germany, France, Italy and Malta have not gotten very far with their plan to establish a quota system for the distribution of migrants rescued at sea. At a meeting of interior ministers in Luxembourg, they were unable to win concrete concessions on just which countries would be willing to accept migrants rescued and brought to Italy.

Two weeks ago, after a four-way summit at Castel Sant'Angelo in Malta, German Interior Minister Horst Seehofer and his colleagues from France, Italy and Malta said political solutions to the issue would be announced this Tuesday in Luxembourg. Still, only 12 countries said they would be willing to accept rescued migrants on a case-by-case basis, and only after a number of further technical issues were resolved.

Seehofer said that he was "satisfied" with the result, despite the fact that each rescue ship that brings migrants to Italy or Malta will still have to call a central telephone number to ascertain what country might be willing to accept the rescued migrants. He said the system could be a model for reforming EU asylum policy, but he also conceded, "It's a tough nut to crack."

Dimitris Avramopoulos, EU commissioner for migration, called on the bloc's member states to put an end to the undignified haggling that currently surrounds the issue of who is responsible for taking in migrants picked up at sea by private rescue ships. The EU "cannot only try to find ad-hoc solutions. We need permanent mechanisms," he said, underscoring that the bloc needs to take a stand for further responsibility and solidarity.

Finland, which is currently at the helm of the European Council's rotating presidency, was also unable to orchestrate a breakthrough. Finland is just as disinterested in participating in a binding quota system as Austria and Luxembourg.

Bulgaria, Cyprus and Greece bemoaned the fact the four-country group that met in Malta only dealt with the problem of migrants rescued between Libya and Italy, and not those arriving in Europe in the eastern Mediterranean. Together, they called for more help from the EU. Eastern European countries once again reiterated their fundamental rejection any plan that would require them to take in migrants.

Seehofer slaps back at critics

Thus, it remains unclear which migrants and asylum-seekers in Italy and Malta are to be distributed to other countries. France and the Netherlands say they are only willing to take in those people with a clear case for asylum or those with refugee status.

But Italy's interior minister, Luciana Lamorgese, insisted that all migrants must be entered into the distribution system and that their right to asylum must be resolved in destination countries. Seehofer agreed with his Italian colleague's take on the situation. He said it would take far too long for Italy to clarify asylum questions on its own, adding that such a situation also would not provide any relief to the country. 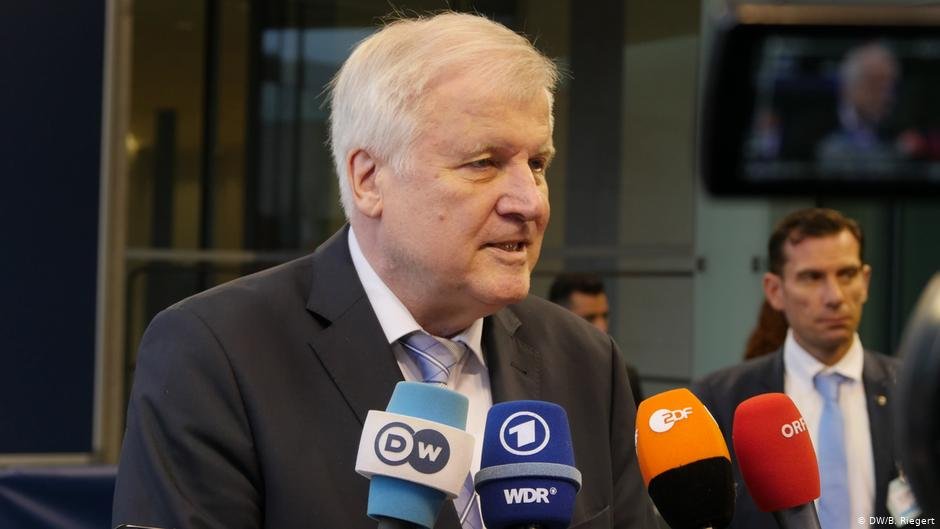 The German interior minister also found criticism of of his country's efforts to create an EU distribution mechanism perplexing. Even conservative friends in Seehofer's own party have railed against him for creating what they say is a magnet for migrants and human smugglers. "I've never heard stranger things being said at any time in my political career. It's unfortunate, perhaps shameful, that we are having a debate like this over these kinds of numbers. It's really shameful," he said.

The numbers he was talking about referred to the roughly 2,000 people rescued by private ships between Italy and Malta over the past 14 months. Of those 2,000, some 225 have come to Germany. In Luxembourg, Seehofer promised that number would not increase: "If people abuse the system, if hundreds become a thousand, I can simply declare an end to the emergency system. I would do that to ensure that we are not being taken advantage of by human traffickers."

Securing further commitments for the distribution of rescued migrants will be the aim over the next few weeks. Still, delegates say their goal is not to set binding quotas. The European Commission will continue to coordinate distribution, and representatives say the telephone number that one calls to redistribute migrants from Italy will remain the same as well. Member states are also free to withdraw from the agreement at any time. "It is absolutely voluntary," emphasized Seehofer after the EU ministerial meeting.

Read more: Germany prepared to take in 25% of migrants rescued off Italy

At several points throughout the meeting, Interior Minister Seehofer noted that the problem of dealing with migrants rescued in the area between Italy and Malta was relatively small. He said the problems facing countries like Greece and Spain were significantly greater, reminding his colleagues that they should not lose sight of the big picture.

Seehofer views the distribution mechanism for the small number of migrants rescued between Italy and Malta as a kind of pilot project for a more fundamental reform of the European asylum system. "If we leave all the countries on the EU's exterior border on their own, we will never come up with a common European asylum policy," he said, warning that this could lead to a repeat of 2015, which saw a flood of migrants overwhelm the EU. 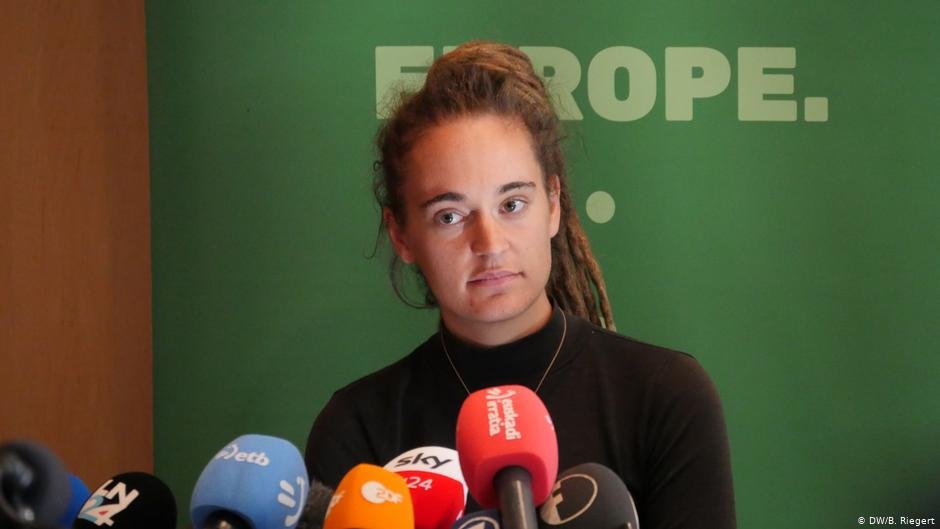 Ports to be opened under certain conditions

Last Thursday, humanitarian sea captain Carola Rackete, who defied the orders of then-Italian Interior Minister Matteo Salvini and docked her ship Sea-Watch 3 in the Italian port of Lampedusa with 53 rescued migrants on board, made an appeal to the EU when she addressed the European Parliament. She implored the EU to open its ports to those rescued at sea, and to resist criminalizing those, like herself, who rescue people in dire need of help.

Interior ministers were unable to comply with her wishes, but Italian Interior Minister Lamorgese promised she would open ports as soon as it was clear where migrants would be distributed. Distribution, she said, is to take place within one month of a ship's landing. Malta declared that it, too, would reopen its ports under those conditions.

Speaking last week in Rome, Italian Foreign Minister Luigi Di Maio, who is also the leader of the populist Five Star Movement (M5S), the largest party in the government, declared that Italy planned to expedite deportations to 13 safe countries. He said the deportation process will take four months in the future, rather than the two years it takes now. Di Maio said he wants to deport 100,000 rejected asylum-seekers annually. This year the country has deported only 5,200.