The migrant rescue ship Ocean Viking is heading to the port city of Taranto in Italy after being given permission to disembark 176 migrants. The migrants, including at least nine children, were rescued from two boats off the Libyan coast on Sunday.

Italy has granted permission to the Italian charity SOS Mediterranee to disembark the 176 rescued by the Ocean Viking at the weekend. The ship is already heading north to Taranto, a coastal city in southern Italy.

SOS Mediterranee announced the news on Twitter Monday evening, saying "We are relieved that the 176 survivors will reach safety without unnecessary delay." At midday on Tuesday the vessel was around 60 kilometers east of Sicily heading north.

BREAKING: the Italian authorities have assigned the port of Taranto, south #Italy, as a place of safety to the #OceanViking.
We’re relieved that the 176 survivors will reach safety without unnecessary delay & we urge the #EU leaders to agree on a stable disembarkation mechanism pic.twitter.com/X5bwc2LxJm

The Ocean Viking, which is run by nonprofit groups SOS Mediterranee and Doctors Without Borders (MSF), on Sunday pulled 176 migrants from two boats in the Mediterranean off the Libyan coast in two separate rescues.

The crew picked up 102 migrants, including nine children and four pregnant women, from a rubber dinghy on Sunday after it had rescued 76 from another dinghy overnight.

The Ocean Viking waited for about 30 hours from Sunday to Monday in international waters off Lampedusa before being assigned a safe port.

It was a short wait compared with the vessel’s previous rescue mission: In September, the Ocean Viking was stranded at sea for two weeks before it gained permission to disembark 182 rescued migrants to Sicily on September 24. 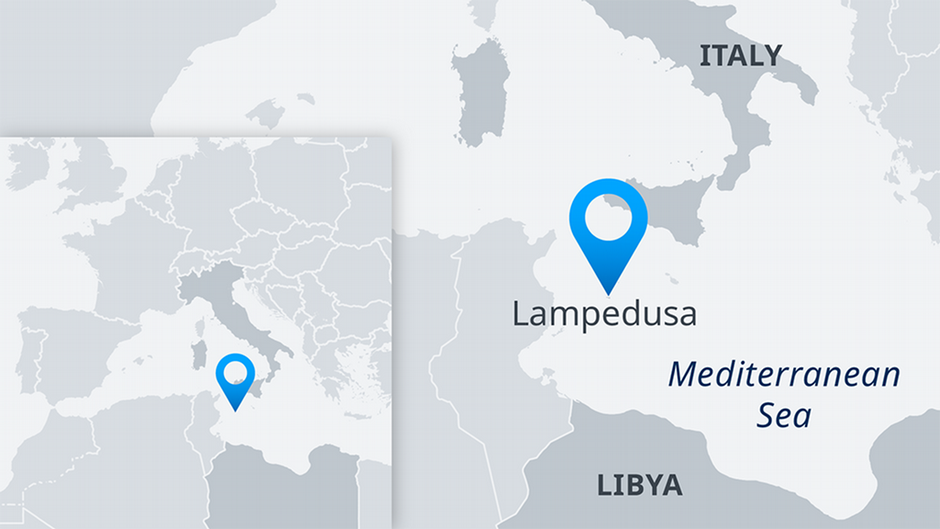 In recent months, similarly long waits have been the rule, not the exception: The Ocean Viking and several other charity vessels were stuck at sea for weeks on end with dozens, sometimes hundreds of migrants on board. Italy and Malta refused to take them in until other EU nations agreed to share some of the burden.

Although Italy, France, Germany and Malta in late September agreed on a temporary redistribution plan, there is still no working mechanism in place for how to distribute migrants rescued at sea across the European Union.

On Monday morning, the Italian coast guard picked up 108 people from two small boats and brought them to the southern Italian port city of Roccella.

According to the UN refugee agency UNHCR, over 80,000 people have arrived in Europe via the Mediterranean so far this year. At least 1,000 others are believed to have died or gone missing between January and October, 688 of those on the central Mediterranean route.

With material from dpa, epd