A migrant's mother tongue -- a language with no value?

Europe places a high value on multilingualism and language diversity, but the emphasis remains more on European languages than on the languages spoken by many newly-arrived migrants. The use of other languages is often seen as a barrier to integration. Clear evidence however shows that supporting and preserving migrants’ mother tongues has benefits for the whole of society.

“Language is key to everything,” says Ingerlise Salter, a teacher at Grimstaskolen school, near the Swedish capital Stockholm. “It’s a way to connect to friends, to be part of a new community.”

Six-year-old Deema understands this as well as anyone. Last September, she had her first day at primary school in the Germany city of Cologne. At the same time, thousands of other children all over the country were also celebrating the traditional and auspicious event with their families.

One of the nice things about this German rite of passage is that it appears to give every child the same start, regardless of their background. But when Deema arrived at her school in Brück, she had a secret advantage: She was already fluent in both German and Arabic.

Born in Turkey to Syrian parents, Deema has spent the past few years of her young life in Germany. Both she and her younger brother Mohammed, a cheerful toddler, are growing up in a Europe that values and supports linguistic diversity.

It has been more than a decade since EU states agreed that everyone should be taught two foreign languages in school, and that language learning should begin at a very early age. The European Commission talks about "diverse linguistic capital and the value of cultural heritage," so Deema's background ought to be an asset.

Yet in Germany and across Europe, the use of languages other than the dominant host-country languages, especially in schools, is often seen as a problem, and a barrier to integration.

An article in the Spiegel magazine, “Where German is a foreign language” looks at a primary school near Frankfurt, in which most children come from families in which very little or no German is spoken at home. If migrant children use their mother tongue outside the home as well, how can integration succeed, it asks. 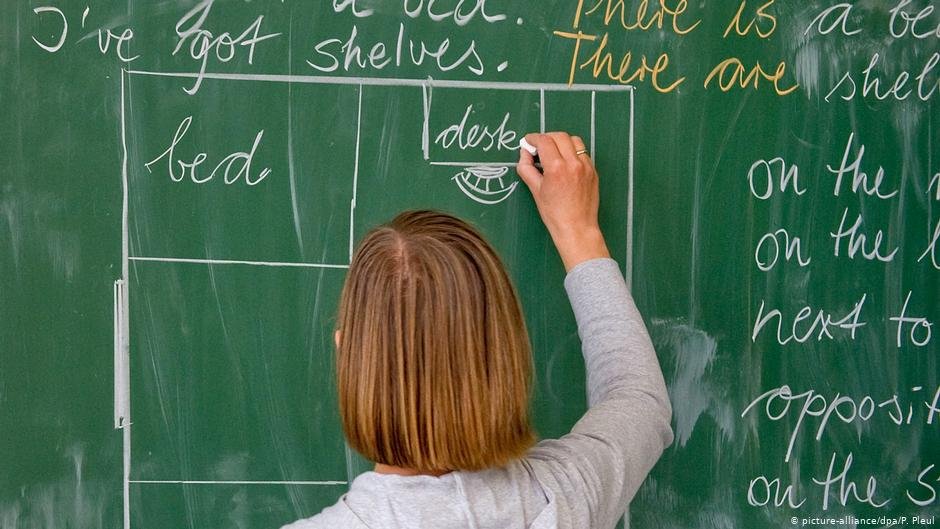 Migrants and refugees have to learn the language of the host country. Most, if not all European governments emphasize this above all else as a necessary first step to migrants becoming integrated and building a life in their new home.

But does it follow that if migrant children continue to speak their mother tongue, they won’t learn the language of the host country? And if children must concentrate on one language, which should it be?

InfoMigrants recently asked the question in a social media poll whether people thought the mother tongue or the new European host-country language was more important. Views turned out to be mixed when it came to choosing between the two, but the overwhelming response was that children should learn both languages.

“Learning the new language is more important, because the kids will use it more than the mother tongue,” said an Arabic respondent. “The parents’ language is ‘useless’ for communicating,” another person commented in English.

But another, also commenting in English, thinks learning the mother tongue is “a necessity for all people who want to know their roots,” while others say that refugees need to learn their mother tongue for when they return to their countries of origin.

Most respondents agreed that knowing both languages is useful. “The world is changing fast (so) knowing many languages is also good,” one person said. “You may be able to get a job as a translator if you know both,” was another post.

Not all languages are valued equally

Whereas multilingualism, and in particular the teaching of mother tongue languages is promoted at an official European level, the reality in many European schools is different. The majority of publically-funded schools in Europe take a monolingual approach in the classroom, a report released in January by the European Commission's education information network showed. Only a few countries (in 2017, six countries) offer tuition in the languages of newly-arrived migrants or a form of bilingual teaching in class.

One country that has tried to offer support for mother tongue languages in schools is Sweden, where the right to Mother Tongue Tuition is governed by legislation. The aim is that children are given support to develop both the Swedish language and their own mother tongue from pre-school onwards.

But there is also a gap between policy and practice here. In Europe "not all languages are valued equally," the Swedish National Agency for Education says. English ranks highest among the foreign languages, followed by French, Spanish and German. However, Arabic, Dari or Tigrinya are not seen as assets.

In the UK, a hierarchy of languages is institutionalized, says Dana Mehmedbegovic from University College London. The division of languages into "community languages", like Arabic, Bengali, and Urdu, and "modern foreign (European) languages", results in "discrimination and devaluing of many languages spoken by minority groups," she says.

"Factors which shape language hierarchies and position certain languages as low value languages resulting in language loss and language death ... need to be exposed and fought against like any other type of discrimination in our education system."

In Sweden, there are some who remain firmly opposed to mother tongue tuition for migrants. Stefan Borg, the leader of the Sweden Democrats in the municipality of Hörby near Malmö, says improving students’ “Arabic, Dari or Somali” should not be a priority. He told the English language news network, The Local: "The problems we have in Sweden are not related to the ability to speak Arabic or any other language, they are related to an inability to speak or write Swedish," … "That's our prime concern. We must make sure that Swedish is taught efficiently in schools."

But supporting home languages is underpinned by Europe's common values. According to Article 22 of the European Charter of Fundamental Rights, "The Union respects cultural, religious and linguistic diversity." The United Nations Convention on the Rights of the Child also maintains that a child's education should aim to develop respect for the child's own cultural identity, its own language and its own values.

'A right to identity'

The benefits of learning other languages are so significant that acting on the evidence is "a health and moral imperative," Mehmedbegovic says. Being able to use one's mother tongue is especially important because, according to the Swedish education agency, it is a pre-requisite for being able to see oneself in the right context. "Every child has the right to an identity that helps him or her feel easy in his or her mind. To be seen and treated as the person you really are. Having a positive feeling of self-esteem is a basis upon which to stand and from which to develop. (Swedish National Agency for Education, “More Languages – More Opportunities”)

Many studies have shown that bilingualism or multilingualism in general, regardless of what the languages are, enhances cognitive ability, improving concentration and focus, memory, attention and control.

Research has also shown that supporting children in their mother tongue improves their results in other subjects. And even though some still insist on an "either-or" approach, evidence shows that tuition in the mother tongue makes it easier, not harder, to learn the host-country language. 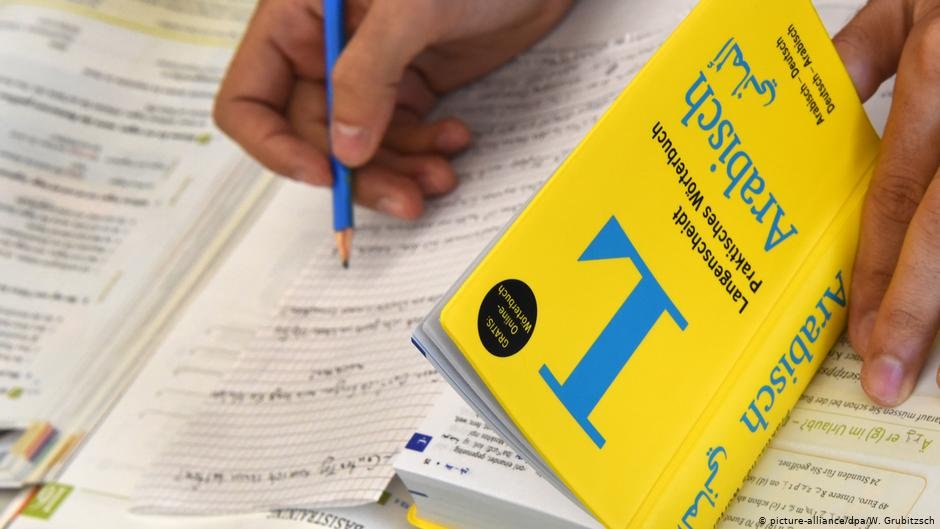 A European Commission spokesperson also told InfoMigrants: "In our view,..., supporting the mother tongue in appropriate ways will strengthen the acquisition of the language of schooling and further academic success."

With more than 150 languages currently spoken in Europe, multilingualism can be a valuable asset in employment, as one of the respondents to the InfoMigrants poll pointed out. What the EU calls "a rich and often unexploited source of social and cultural capital" could also be a potential source of actual capital for some.

Deema speaks Arabic at home, and once a week she goes to Arabic class. In North Rhine-Westphalia, children at primary and lower secondary levels who like her are growing up bilingual are offered extra classes in at least 15 home languages. The majority are European languages, plus Arabic, Farsi, Kurdish and Turkish.

But a large number of schools in Germany and Europe don't provide this level of support for mother tongue languages. "I think it's a sort of waste," von Dewitz says. "It would be much more helpful to see every student with all his or her languages, meaning that even if you may not have a very high proficiency in German yet, it doesn't mean that you don't speak a language. Of course you do."