Daily camp demolitions and cold nights: The plight continues for migrants in Grande-Synthe

In a recent statement, the vice prefect of the northern French city of Dunkirk insisted that none of the near 1,000 migrants who had been forced out of the Grande-Synthe gymnasium in September had set up camp in the nearby woods. Yet when InfoMigrants recently visited the area, dozens of migrants, including children, were sleeping rough under trees, lacking both tents and access to basic sanitary facilities. Meanwhile, the weather is getting colder by the day.

On October 3, Dunkirk's Vice Prefect Éric Étienne issued a statement saying that “no one is sleeping in the [Grande-Synthe] forest.” According to  Étienne, the near 250 migrants who had initially fled into the Puythouck forest following the September 17 evacuation of the Grand-Synthe gymnasium had now left the area, and had found accommodation elsewhere, including in migrant reception centres.

“Today, there are around 100 migrants left who come to the food distributions that are managed by the associations. They come and they go, but they don’t sleep out in nature anymore,” Étienne stated a week after the gymnasium, which had housed almost 1,000 migrants, was closed down by authorities.

When a team of journalists from InfoMigrants visited Grand-Synthe on October 9, however, they encountered dozens of migrants who had set up makeshift camps in the forest and who lacked access to both water and electricity. “We don’t have enough to eat, it’s cold, it rains all the time, and it’s very difficult to sleep outside with the children,” Hivine, an Iraqi-Kurdish mother-of-three, told the journalists.

Local migrant aid groups confirmed that in contrast to the vice-prefect’s statement, many migrants were still living in the forest. “We estimate that around 400 people still sleep in the woods since the closure of the gymnasium last month, including at least ten families with young children,” Katie, a volunteer for Solidarity Border in Grand Synthe, said. 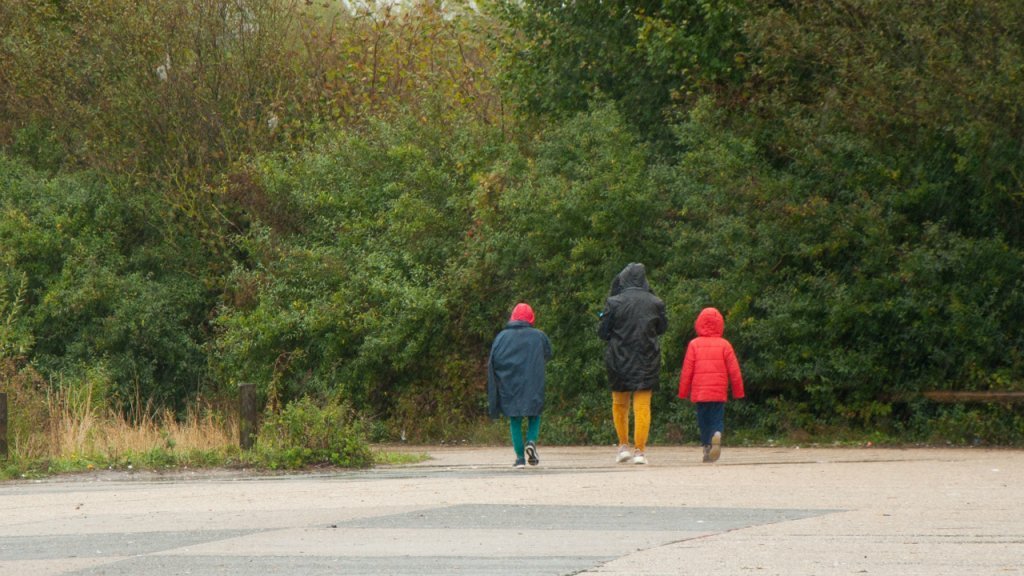 Hivine explained how she spent her days in the forest looking for food distributions, while her husband was trying to organise their future Channel-crossing to the UK. “Our 17-year-old son managed to cross by himself by jumping onto a truck a few weeks ago. We’re prepared to do anything to be able to reunite with him with our two other children,” she said.

When InfoMigrants visited the forest, local aid group AMiS was in charge of serving up breakfast consisting of bread, sandwich spreads, tea, hot chocolate and water bottles. “In the woods they don’t even have anything to drink, there’s no access to drinking water,” one of the volunteers said, noting that around 150 people show up for each food distribution.

‘Heading towards a sanitary disaster’

The migrants said the lack of sanitary facilities were taking a heavy toll on them too. “It’s been 25 days since I last had a shower. I can’t stand it anymore,” Ahmed an Iraqi-Kurd sighed, while pacing back and forth under a large plastic sheet while waiting for the rain to stop. “I stayed at the gymnasium before it was shut down. It wasn’t ideal, but at least we had showers and toilets,” he said. 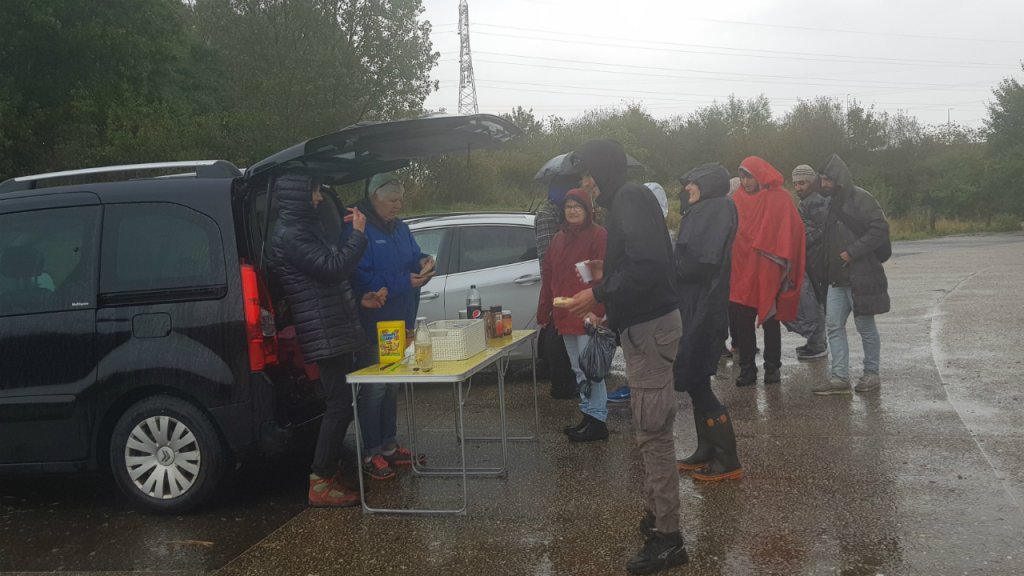 When authorities evacuated the gymnasium, they also dismantled all its sanitary facilities. “We’re heading toward a sanitary disaster,” said Katie, a volunteer from the aid group Solidarity Border. “For our part, we try to bring them food, something to drink and dry clothes, but we don’t have enough. We have to distribute on a case-by-case basis in order to avoid tensions and fights between different groups and communities. Something as simple as a pair of dry socks is considered a treasure around here.”

Akim, the founder of Solidarity Border, said he feared the situation would get “even worse” as the weather gets colder. “Police demolish the makeshift camps in the woods almost every day, from Monday to Friday, and sometimes even on Saturday mornings. The associations don’t have enough resources to supply the migrants with tents every night. So they sleep directly on the ground, under plastic sheets to cover themselves from the rain,” he said.

“At night, temperatures are already below 5 degrees Celsius. People are walking around in wet clothes all day long, their clothes never dry and it’s impossible for them to warm themselves up in these conditions. It’s so cold that most of them stay awake all night around the fire. Sometimes they take naps during the day, but they are all more or less exhausted.” 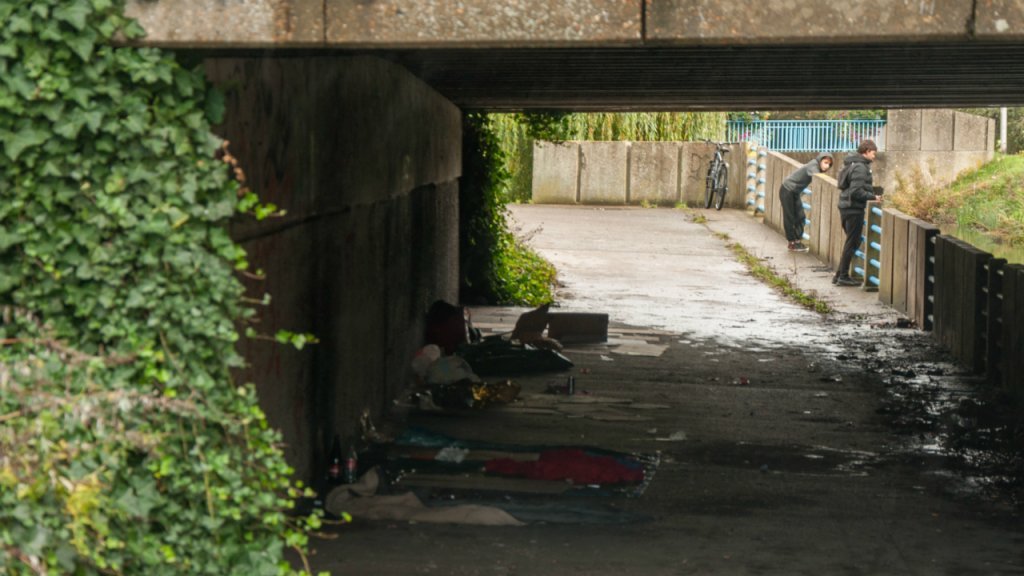 Farhad said he had found refuge under a bridge, by the edge of the forest. “It’s so cold at night that we have to sleep really close to each other, we have to cuddle to stay warm,” he said, breaking out in laughter. Farhad arrived in Grand-Synthe two months ago, and recalls the comfort of the gymnasium. “They might open it up again in November, that’s what everyone is saying. I’m holding on to that hope,” he said. At the moment, however, there has been no indication whatsoever that authorities plan to do so.

'The gymnasium had closed once I got here'

For the migrants living in the woods, the days are almost just as rough as the nights are cold. “Every time the police dismantle the camps, they tell the migrants to leave and confiscate their tents and tarpaulins. There’s always a cleaning company present that makes sure that the area is totally cleared,” Akim said.

InfoMigrants journalists witnessed how police officers stayed on the scene after a dismantlement operation to prevent the migrants from setting up a new camp.

“The migrants have nowhere to go during the day, nowhere to warm themselves, no place to charge their phones. And so they wander around aimlessly to stay warm. Some go to the Auchan shopping centre, which is just a stone’s throw away, but they are usually told to go away by security staff or even by police,” Akim deplored. 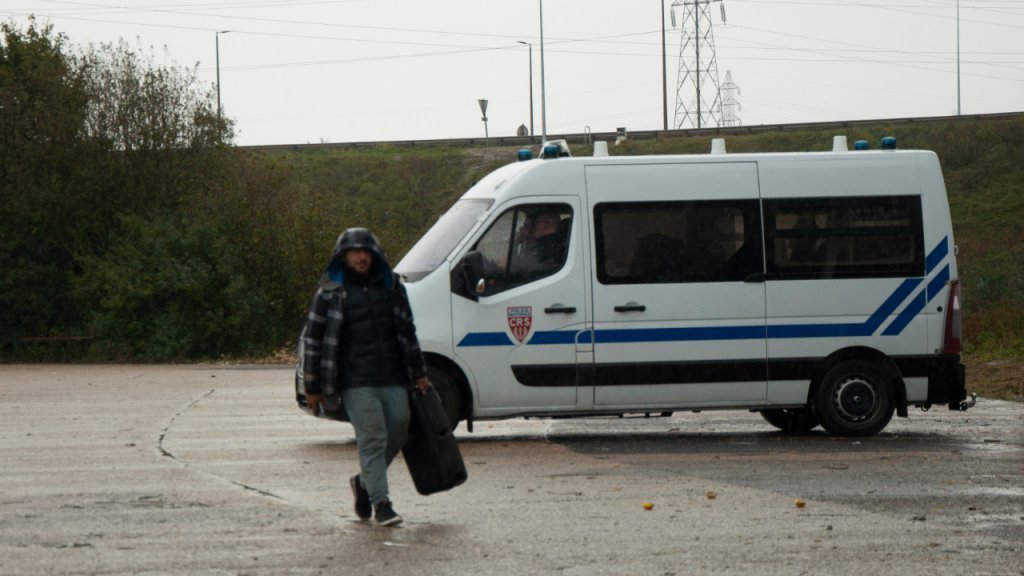 After every camp dismantlement operation, a bus is put in place to bring the migrants to migrant reception centers and other accommodation solutions. “But it’s not enough for everyone,” Akim said, noting also that some refuse to take their place for fear of being registered by authorities.

“Those who don’t get on the buses have often already been fingerprinted according to the Dublin convention, and are afraid of being deported. Others don’t want to end up at a reception centre which is far from everything or is far from the UK crossing points,” he said.

Despite the daily camp demolitions, new migrants keep on arriving at Grande-Synthe. Ishan, from Iran, arrived two days ago after a chaotic two-week journey from his homeland. Ishan said he was now sleeping under a bridge near the entrance of the forest. “My smuggler told me that I could go and stay at the gymnasium. He told me they could help me with my French asylum application there or help me get to England. I only discovered that the gymnasium had closed once I got here. I feel appalled, disappointed and totally lost. I don’t know what to do,” he said.

“I’m waiting for the bus [provided by authorities] that is supposed to take us to a hotel, because I’m too cold right now to make any type of decision. I just want to get warm to be able to think about what to do. If I should register my fingerprints here or whether should I continue my journey? I’m not sure of anything anymore, nothing makes sense…” 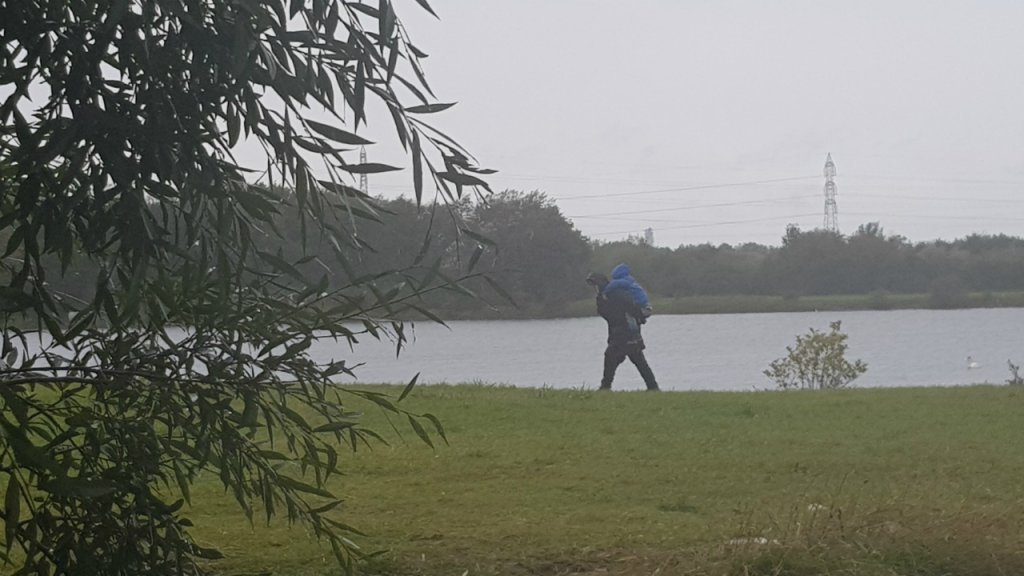